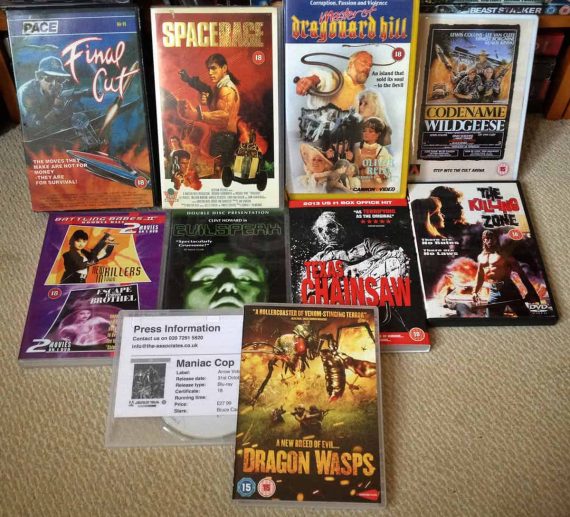 This weekend the guys and I had our 11th (written-up) Weekend of Trash (backstory and previous write-ups can be found here – I, II, III, IV, V, VI, VII, VIII, IX & X). We didn’t match the 7-film day we managed last time, but we hit double figures with 10 films watched between Friday night and Sunday afternoon. As usual we watched a mixture of action, horror, sci-fi and other genre/exploitation titles and hit a car boot sale on the Sunday to pick up more films for future weekends!

The reviews are only brief as usual (written on my phone as the weekend went on) and with so many films being watched and the nature of their quality, my ratings should probably be taken with a pinch of salt. I’ve included clips and trailers when possible too. 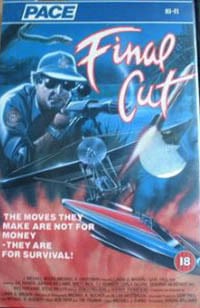 It all starts so well. An awesome car/bike chase sets up a story about a group of stunt men on a film being shot in an American backwater town. After some amusingly lame goofing around (a.k.a. character building) we learn that one of the stunt men has a hidden past linked to the town. Unfortunately the next 45 minutes consist of said stunt man refusing to let anyone in on his secret and what looked to be a lot of action packed fun becomes quite a tedious ‘thriller’. It gets surprisingly dark as it goes on and there is a nicely violent finale, but the wooden cast and lack of stunts to match the opening made this a pretty weak start to the weekend. 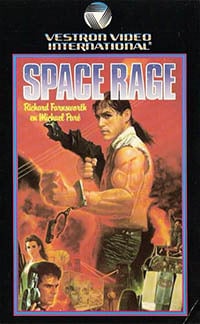 We soon got into the swing of things with Space Rage though. Violent prisoner Grange is sent to a highly secure prison camp on a remote planet. He doesn’t plan on staying and gets straight to hatching a plan with his fellow prisoners. Bounty hunter Walker isn’t going to let him get out so easily though, especially after his family get in the way of the prisoners. Bizarrely, as the film reaches the final act, Walker fails to stop Grange and instead it’s left to the elderly Colonel, played by Straight Story’s Richard Farnsworth! This leads to a western style showdown between the badass pensioner and the remaining felons. It’s a fun, strange movie, with plenty of action, some great 80’s music and loads of dune buggy chases! 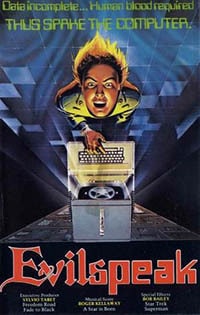 Clint Howard stars in this peculiar occult horror film. Howard plays Coopersmith, a loner who’s getting bullied by pretty much everyone at military school. In the cellar, whilst on extra punishment duties, he uncovers the secret dungeon of Esteban, a devil-worshipping monk from the 16th century who had sworn to return to Earth after his death. Somehow the devil/Esteban gets into Coopersmith’s computer as he enters passages from a satanic book and the troubled teen works to bring Satan back to Earth to reap vengeance on those that have wronged him.

As barmy as the plot is, this slow burn horror was a lot of fun. The ridiculous demon computer angle helped. It’s great to see Howard in a lead role too at a young age and he does a decent job. There’s also a lot of atmosphere in an old school sort of way. Lashings of over the top gore make the finale really pay off too. Good stuff. 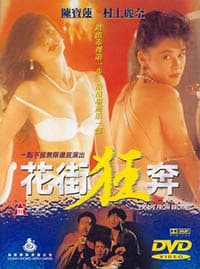 A surprisingly bleak film about a prostitute and her boyfriend who is forced to rob a jewellery shop to get into Hong Kong to see his girlfriend. Of course it all goes horribly wrong.

Typical category 3 fare, this is filled with sex, violence and smatterings of goofy comedy. The overly miserable tone slows things down a touch, but the makers realise this so sling in unnecessary sex scenes and fights to even the balance. Perfect video weekend fodder. 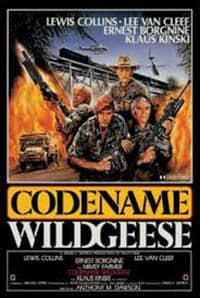 A star-studded Italian/German commando action movie. Ernest Borgnine orders Lewis Collins, his team and helicopter pilot Lee Van Cleef to head into the Thai jungle to destroy two of the main opium farms in the country. Klaus Kinski (voiced by an upper class Englishman) is the money man with suspicious motives (could you ever trust Klaus Kinski?).

If you’ve seen one of these films you know the drill. Team goes in, people get machine gunned and loads of stuff gets blown up. It’s all great fun and the explosive action scenes are well executed and evenly spread out so there’s little down time. Simple and basic, but very effective. 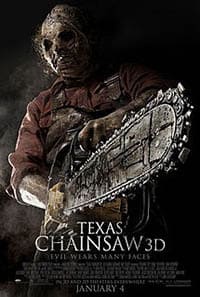 Ignoring all of the sequels and remakes, this new entry to the franchise sets itself as a direct sequel to the original, even opening with abridged sequences from that and showing what happened straight after the events of the 1974 film. Supposedly the whole clan of inbreeds (the Sawyers) were slaughtered by another hillbilly family and the only remaining Sawyer, a baby, is taken and raised by one of her family’s killers. The film then flashes forward 17 years and that baby is all grown up (in all the right ways). She gets a letter saying she’s inherited her real grandmother’s house. She and her friends head over to claim it and discover that maybe there’s another Sawyer left after all. In the cellar. Wielding a chainsaw.

This is fairly generic slasher fare, but in building uncertainty behind who the villain really is it maintains enough of your interest. Add to that plenty of decent gore effects (other than a little ropey cgi from time to time) and this is entertaining enough even if it’s a long way from the original. 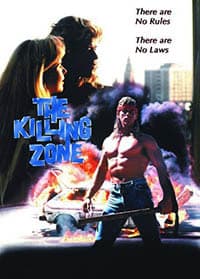 The brother of Vasquez, leader of a Mexican drug cartel, is killed so he wreaks havoc across L.A. in an attempt to get revenge. The only man who can stop him is Garrett, a prisoner who has his own beef against the gangster.

Or so that was supposed to be the plot. In fact, Garrett is pretty much useless and does nothing in the film other than pose, flashing his abnormally large muscles. Instead his uncle and a dodgy cop do all the leg work. Eventually that is. There’s quite a bit of padding in this shoddily produced action movie. It’s fun in a ‘so bad it’s good’ way though with some hilarious ‘acting’ and plenty of cheesy action movie cliches. It’s just a shame it runs out of steam in the second half and becomes pretty tedious. 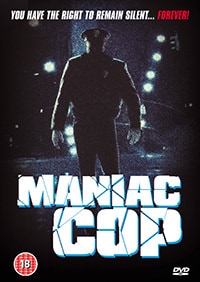 Classic 80’s horror which follows Tom Atkins on the trail of a serial killer dressed as a cop that has been terrorising the city. Philandering cop Bruce Campbell gets wrongly accused as the perp and together they try to stop his reign of terror.

This is top notch entertainment with nasty kills nicely balanced by a solid script. The underrated Atkins and Campbell make a great pair of leads too. Fans of the era and genre will probably have seen this numerous times, but if not you need to remedy this. 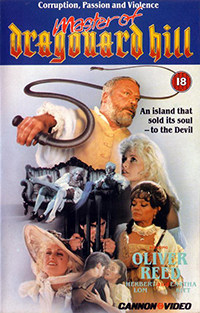 An oddity from the Cannon label starring Oliver Reed (sporting an OTT Scottish accent) as a tyrannical captain that swindles his way into power over an island in the Carribean in the 18th century after the murder of the previous governor. The murder is also used as an excuse to bring back a violent undermining of the black populace who previously had been enjoying their freedom from slavery.

Based on a novel by Rupert Gilchrist, this should have been a worthy period piece, but instead is turned into a trashy bit of pulp. There’s plenty of flesh unnecessarily on display and a bit of action here and there to make it worthy of our weekend of trash. It’s pretty poor, but fun due to gloriously hammy performances (other than a painfully bland hero) and a general silliness to it all. 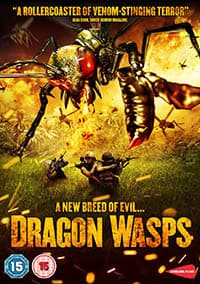 A video weekend wouldn’t be complete without a creature feature, so we went with Dragon Wasps. Two hot young scientist babes head into the jungle to find one of their fathers and enlist the help of a team of American soldiers trying to keep the peace in the area. On the way they have to do battle with local guerrillas/cocaine farmers as well as the titular creatures. As you can probably guess, these are giant wasps that breathe fire. Awesome.

This was ok, but a little disappointing. Too much time is spent with the guerrillas and not enough fighting the dragon wasps, especially come the finale which is pretty feeble. Saying that, the tone works well, with a tongue in cheek, knowing style that doesn’t over-bake the comedy. There are some good cocaine gags later on too. So it was a good time, but not the best the sub-genre has to offer.