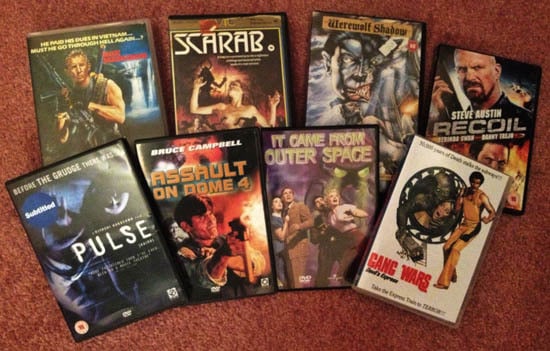 The Weekend of Trash is back for the ninth time, the first in 2013 (backstory and previous write-ups can be found here – I, II, III, IV, V, VI, VII & VIII). We had great fun as always and crammed in quite a few obscure VHS titles alongside some more recent and classic B-movies as well as one classier title (which, surprisingly enough, was our biggest disappointment). I came over on Saturday this time so no Friday reviews, but I was there all of Sunday so we still watched a decent amount overall. 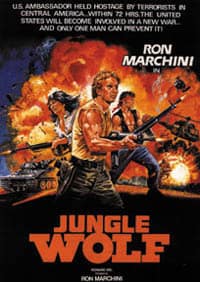 Good old fashioned knife throwing, bullet spraying, hut-exploding action. A very low budget Philippines-set rip-off of Rambo, this has the least charismatic lead ever in Ron Marchini who wrote and produced the film. There’s barely any dialogue, it’s loaded with filler and some of the set pieces are laughably bad but it checks all the jungle action boxes and made for a perfect start to our weekend of trash.

The trailer, featuring the excellent (and constantly re-appearing) theme tune ‘Back in Action’: 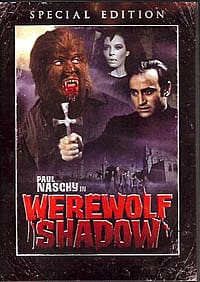 Slow and very of-its-time, but it is moodily gothic and quite entertaining. Combining werewolves with vampires (decades before Twilight) there is a lot going on, keeping it from getting too dull, but not so jam-packed it gets messy or confusing. Lead Paul Naschy doesn’t pull off his supposedly magnetic charm, but he does brooding pretty well. His noisy werewolf moments are quite amusing too. The film is no classic, but it worked for us. 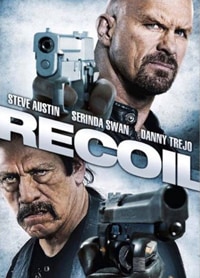 A refreshingly hard edged no-nonsense action revenge movie. Steve Austin works well in an anti-hero lead role as a man out to seek revenge for something that happened in his past which isn’t revealed until half way through the film. Danny Trejo makes for a great bad guy too in a meatier role than usual. The action is realistic and hard-hitting, with shaky camerawork spoiling it slightly but never making the moves indecipherable. Solid, bad-ass entertainment, one of the better straight to video offerings I’ve seen in recent years. 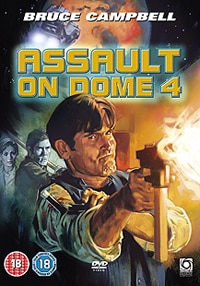 Bruce Campbell makes an awesome bad guy and is clearly enjoying himself in this very low budget but highly entertaining sci-fi take on Die-Hard. It thankfully doesn’t take itself too seriously but also features some surprisingly brutal moments with Bruce in particular remaining unflinching in his nastiness despite his over the top countenance. Joseph Culp just about holds his own too as the hero against Campbell’s larger than life persona. A fun little b-movie all round.

The trailer – apologies for the low quality, it’s all I could find:

It Came From Outer Space 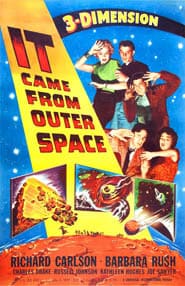 Classic 50’s sci-fi from a story by the late, great Ray Bradbury. What’s interesting about this is that the aliens are actually not all that evil by the end, which was rare for the era. Copying the forms of humans and mysteriously plotting something, there is still a strong sense of paranoia and intrigue though to keep things moving along and to give the usual cold-war parallels. Good stuff.

The trailer, which really pushes the cutting edge 3D technology – oh how things have changed… 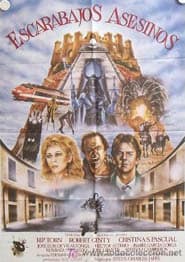 A surreal occult thriller with Robert Ginty and Rip Torn. It’s bat shit crazy and pretty random but that’s the charm. Torn makes for a barmy villain who’s surrounded by semi-naked ladies and cult followers at all times. Complete with magic powers, unexplained characters and sub-plots, this is a daft, fun and atmospheric film that could have only been made in the 80’s. 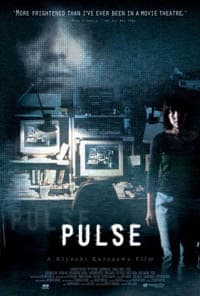 The other guys and I had been wanting to watch this for a long time so we thought we’d squeeze it into the weekend. I was pretty disappointed to be honest after it was hyped up by a number of people I know. It’s very creepy and the first two thirds make for an unusual and frightening ghost story, but it all goes off the rails in a messy final third when the film struggles to find reasons behind and solutions to the disappearances going on around the world, over labouring and not effectively handling its theme of loneliness and isolation. Not as strong as some of the other J-horror favourites. 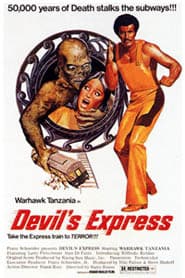 A retro slice of true 70’s grindhouse, mixing blaxploitation and martial arts with a low rent monster movie. It’s cheap, cheerful and packed with dodgy fight sequences, naff monster kills and hilarious 70’s fashion. It’s no cult classic and is rather a mess but it’s nice to watch the real grindhouse deal now and again, especially one that delivers what it promises without too much talky filler.

A short but sweet trailer: