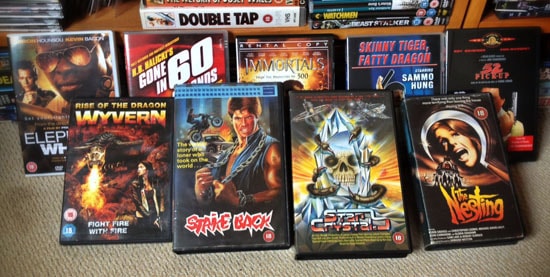 The Weekend of Trash is back for it’s eighth incarnation after a longish gap (backstory and previous write-ups can be found here – I, II, III, IV, V, VI & VII). We actually had another one in-between VII and VIII, but I never wrote it up – sorry! Anyway, we started early on the Friday this time and didn’t go anywhere on Saturday other than to the pub for lunch, so we crammed in nine films into an altogether great weekend. Only three of these were on VHS I’m ashamed to say, and we fit in more modern releases than usual, but all films had their trashy aspects in some way or another, so here are my thoughts and plenty of clips and trailers for your enjoyment. 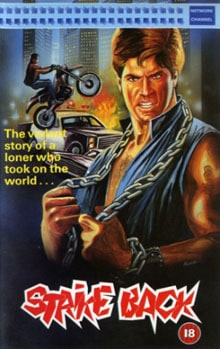 Not a good start to the weekend. This was painfully dull, certainly not what the box advertised. It had some semi-stylish flourishes, but nothing happens, the characters are all wankers and everything is taken far too seriously. Most of the film consists of lead character Dave (Dave Balko) sulking and watching tv. The best bits were the totally unnecessary punk rock band performances and some of these were painful too. The film was clearly meant to be punk-inspired art but instead is dull pretentious crap with some tits and blood thrown in to try and sell it off to mugs like me that thought it looked like fun. Fans of German punk might find some enjoyment in this, but we certainly didn’t.

An appropriately bizarre and painful scene from the film: 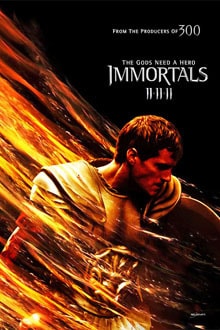 Not being a big fan of 300 and not thinking much of the trailer for this I enjoyed Immortals a lot more than I expected to. Being a Tarsem film it looks gorgeous of course. The action is what surprised and impressed me most though. Employing a number of long take fight scenes, these are stylish, clear-to-follow and refreshingly bloody. The film in general was a lot nastier than I expected, but in a good way. It’s not without its problems though; it does get a little too campy at times in its costumes and performances (although Mickey Rourke is great as the villain) and these moments threaten to unbalance the dark edge. Overall though this is an exciting, beautiful yet impressively grim update of the sword and sandals genre. 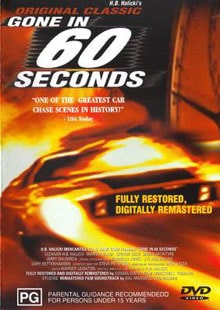 A slow but nonetheless funky and nicely retro start makes way for an astounding climax. I say climax but the entire last half of the film is the climax – one long 40 minute car chase. This is amazing stuff with a realistic edge. In a newly recorded intro to the film, the star and director’s wife tells how much of the supporting cast and bystanders were actually policemen, firemen and pedestrians as they appear on screen. Everything was done on the cheap and for real. It’s nice to see a truly independent car chase movie that was made for the love. It’s got some ropey non-professional acting and takes a while to get going, but when it does it’s pretty damn spectacular.

And here’s the entire movie! : 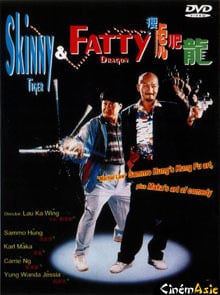 This is classic Hong Kong action comedy at its best. Great fight sequences and effectively goofy humour. Hung and Maka make a decent double act. There’s a chunk of unnecessary padding in the mid section but it more than makes up for it with an action packed finale. Great stuff. 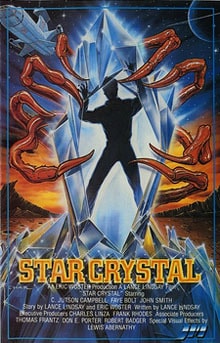 ‘Filmed entirely in space’ according to the credits, this begins as an ultra cheap, tedious Alien rip off and then, out of the blue, turns into a schmaltzy ET wannabe!!! Yes, the murderous being that wipes out most of the crew of a space station suddenly apologises and makes friends with the two remaining survivors – and they agree!? Despite it being incredibly dull, shot on only three sets and featuring an alien that switches from looking like a castrated penis to a goo-covered roast chicken, the ridiculous twist at the end gave us the biggest laugh of the weekend. Utterly preposterous.

for the sheer audacity/stupidity of that ending.

And if you don’t believe me about the ending – here’s how it pans out, including the 80’s classic song, ‘Crystal of a Star’: 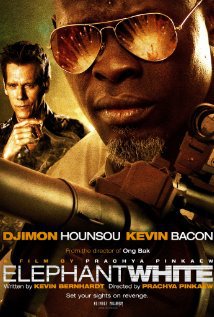 Prachya Pinkaew (Ong Bak) makes his English language directorial debut with this overly po-faced, sloppy and slow thriller. It has its moments; the few action scenes are well executed and Hounsou is decent in the lead. Kevin Bacon has one of cinema’s worst ‘English’ accents but is at least fun to watch in this very serious film. There’s a random spiritual aspect too which is rather silly including a ridiculous twist which we saw coming quite early on. It’s a shame, as the subject matter (sex trafficking) is powerful, but this dull and clumsy film doesn’t do it justice. 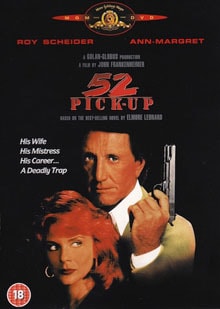 A suitably seedy neo-noir thriller from John Frankenheimer and writer Elmore Leonard. With a dark atmosphere and hard edge, especially for the time, this is a twisted, taut thriller featuring a number of nasty characters screwing each other over. Roy Scheider is great as ever as the ‘hero’ that isn’t without his own dark side. Leonard’s biting dialogue and wonderfully executed plotting is what works best though. Excellent stuff.

The trailer (which makes it look terrible!): 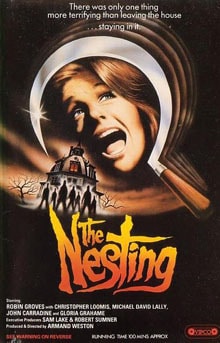 The Nesting is a textbook haunted house movie. It’s cliched and incredibly predictable but it kind of worked in a classic cheesy horror sort of way. It’s never amazingly scary, but creepy enough. It tries a bit too hard to have a ‘deep’ psychological element too, but this side is pretty weak. Still, it’s a fun watch and was engaging enough. 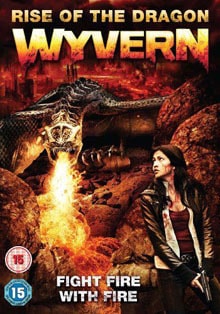 This was a surprisingly solid, fun monster movie. A dragon, sorry, a Wyvern, is awoken in a quiet Alaskan town, causing the various residents to become supper at summer solstice. This was much better than expected – well paced, didn’t take itself too seriously and had reasonable effects for a straight to DVD movie. The town’s motley crew of residents are all likeable too and never too dumb or annoying. It didn’t set the world on fire (literally – Wyverns don’t seem to breath fire, despite one doing so on the cover?!), but it’s good stuff nonetheless and a must watch for monster-movie fans.

A fan-made trailer, which is actually pretty good other than the graphics (it’s a little spoiler-filled too):