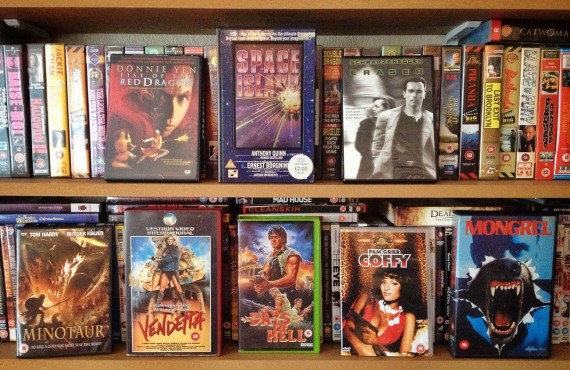 Well, with my baby daughter being born towards the end of last year I wasn’t sure when I’d next get a chance to get together with my friends for another weekend of watching the best and worst the annals of genre movie making has in store. However, my wife was kind enough to let me out of the house for a couple of days and my parents stepped in to help with the babysitting, so finally the Weekend of Trash is back for its 13th incarnation (backstory and previous write-ups can be found here – I, II, III, IV, V, VI, VII, VIII, IX, X, XI & XII).

The reviews are only brief (I’m not about to start writing notes and getting analytical whilst chain-watching women in prison and kung-fu movies) and ratings are largely based on entertainment value rather than quality, so take them with a pinch of salt. I’ve included clips and trailers when possible too. 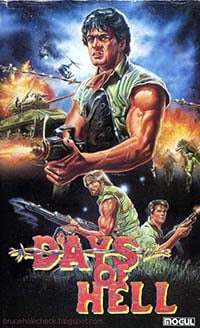 The title summed up our mood after watching this sloppy men-on-a-mission movie. An Italian cheapie about some special ops soldiers (or something like that) who have to save some people or find something maybe. We struggled to follow it, because a) it was a bit of a mess with everyone wanting to kill everyone else and b) because it was quite tedious.

There’s plenty of action but it’s poorly handled and you have no idea why one group is shooting the other so you don’t really care. Plus it’s got one of the most unlikeable casts of characters I’ve ever seen. Not a great start to the weekend.

A clip from the film (pretty much all I could find): 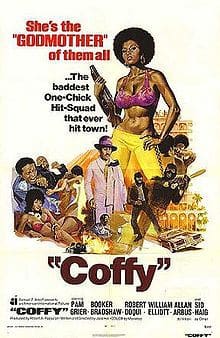 We can always trust Pam Grier to put us back on track. Coffy sees her take revenge on the criminal underworld after her young sister is forced into a life of drugs and prostitution. Along the way she finds more reasons for revenge and more layers to the network of evil doers.

This was heavier and more serious than a lot of blaxploitation films, with a brutal opening sequence setting the scene. With the music, costumes and cheesy dialogue it still had that campy charm amongst the harsh violence and gritty social commentary though. It’s not the paciest of films, but it’s hard hitting and well made compared to a lot of its peers. 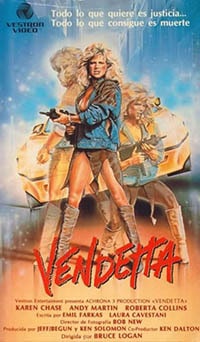 We rounded off the night with another quite dark and nasty film. Vendetta sees stunt woman Laurie send herself to jail to find out who killed her sister who was put in jail for shooting a man who tried to rape her.

Being a women in prison film this is grimy stuff filled with unnecessary shower scenes, but it’s actually quite a solid revenge film too. It’s mega 80’s with lots of big hair and cheesy music but it’s got enough of a dark edge to stop it from being too silly. 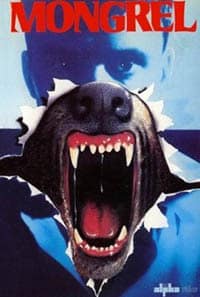 Residents of a shared house run into a few accidents which result in the death of a dog and a new tenant which kicks off a series of murders seemingly committed by some kind of animal.

This 80’s horror movie may be short on scares or gore, but it makes up for it with some enjoyably oddball characters (notably a young Mitch ‘X-Files’ Pileggi) and a surprisingly engaging and fairly original story, despite the ‘twist’ being rather predictable. It also includes a Deep Throat pinball machine which is always a bonus! 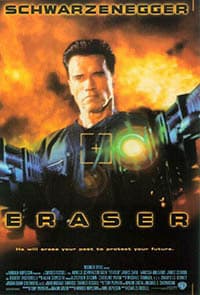 We went with an old favourite next. You can’t go wrong with a bit of Schwarzenegger (well, almost never) and Eraser was his last decent action movie before taking on his role as the governator.

It’s ridiculous, it’s got some dated cgi in the infamous alligator scene, but it’s still a whole shedload of head bashing, rail gun toting fun. We watched the uncut US version (which is mainly why we picked it for the weekend) and it didn’t disappoint in the violence stakes. Too many recent action blockbusters have gone down the 12A/PG13 route so it’s nice to see how things used to be back in the good old days. 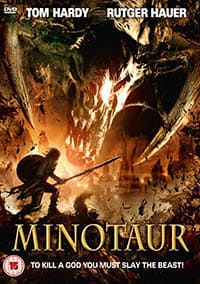 An early leading role for Tom Hardy, this is a dreary sword and sandals flick which sees Hardy play Theon, a shepherd who vows to kill the Minotaur who his villagers are slaves to. Every year 8 youths are taken and sacrificed to the beast and after Theon’s one true love is taken, the following year he heads to its lair to slay it.

This was painfully dull to watch. Everything is taken far too seriously and Hardy’s hero doesn’t do much other than mope around until the end. Tony Todd is the only person injecting any life into proceedings as he royally hams it up as the prince heading the sacrifices. The Minotaur effects are pretty cool at least, but the set pieces have zero tension so are never particularly scary or exciting. Not the best choice of film for the end of the evening and we struggled to stay awake. 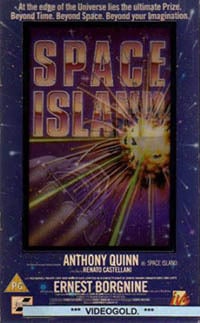 This Italian TV mini-series (cut down for this feature film version) is a space set take on the classic novel Treasure Island. Young Jimmy inherits a treasure map from Ernest Borgnine and ends up getting caught up with Long John Silver (Anthony Quinn) on a quest to find the gold.

This was ridiculously long at 2 and a half hours (the box said it was 110 mins) and wasn’t the most exciting of adventures, but it was strangely enjoyable. The practical effects and sets hold up surprisingly well and the cast ham it up to the best of their abilities. The whole feel is a bit too ‘nice’ maybe as the pirates and good guys get on a little too well, so there’s never much danger, but there are a couple of randomly violent moments and the niceties fit the old fashioned style of the source material. Plus it contains the inimitable line, ‘Cosmic dust has a touch of lemon’.

Fist of the Red Dragon (a.k.a. Heroes Among Heroes) 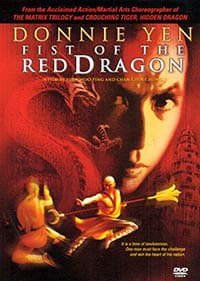 The legend of Wong Fei-Hung provides inspiration for another Chinese martial arts extravaganza although he plays second fiddle to Beggar Su, a young man manipulated by an evil prince into helping him stop WFH from ridding China of opium. He eventually learns the error of his ways though and joins forces with the legendary martial arts master.

This had a painful first half filled with a messy plot and really bad slapstick comedy. Luckily the action kicked in during the second half and was strong enough to redeem the film. The finale in particular was spectacular. It’s just a shame the film as a whole was so inconsistent.