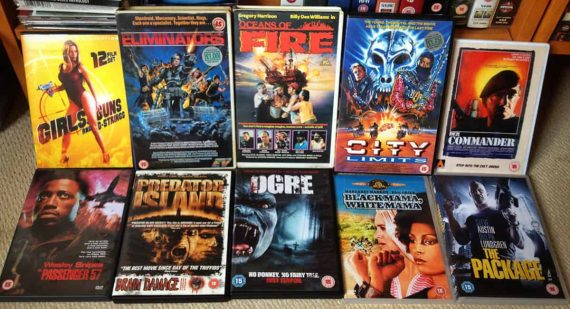 This weekend, the guys and I got together for our 12th (written up) Weekend of Trash (backstory and previous write-ups can be found here – I, II, III, IV, V, VI, VII, VIII, IX, X & XI). With my wife expecting a baby in just over two months, this was likely to be my last movie weekend for a long time, so we tried to make sure we did things properly. I brought the projector with me and we managed to squeeze 7 films into Saturday, equalling our record and spent the Sunday shopping for more bargain movies as usual. We picked some good ones too, with only one real stinker and a nice mix of titles, spanning the exploitation gamut (we could have done with some proper Chinese martial arts though).

The reviews are only brief as usual (written on my phone as the weekend went on) and ratings are largely based on entertainment value rather than quality, so take them with a pinch of salt. I’ve included clips and trailers when possible too. 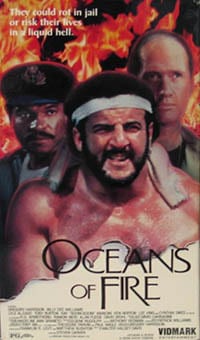 We took a risk with this one as it’s only PG rated which is generally a big no no on a ‘weekend of trash’, but it had Billy Dee Williams and David Carradine in and had ‘fire’ in the title so we ran with it.

An oil-rig set drama, Oceans of Fire was actually pretty good. It’s not particularly exciting but is pure cheese and that’s why we liked it. It’s also possibly the most macho film I’ve ever seen bar Predator. Every character assumes some kind of muscle flexing pose at every opportunity and rarely are hands off hips. The lead spends 99% of the time putting people in their place or doing some manly oil-rig work. All in all it’s nothing particularly special but is surprisingly engaging and fun to watch due to the cheese quota. 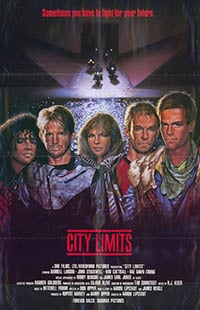 Eurgh. We should have learnt by now not to expect a film to live up to its cover. It looked like an action packed crazy post-apocalyptic biker gang extravaganza, but disappointed on just about every level. The ultra-camp costumes and pimped out bikes perked things up a bit as well as appearances from a young Kim Cattrall and James Earl Jones, but generally this is starch-ironed flat. The biker gangs are just two bunches of happy clappy teens who look like they’d do as much damage as a pea shooter against Fort Nox and the action scenes follow suite. The script was clearly not finished before shooting began so makes little sense and is filled with some of the most feeble one liners I’ve ever heard. The whole thing just kind of stumbles along to its inevitably sappy conclusion. Dull. 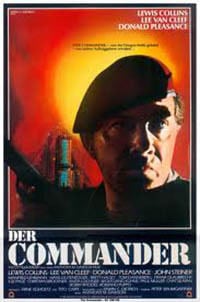 We decided to complete the Antonio Margheriti directed Lee Van Cleef and Lewis Collins Italian commando movie trilogy we’ve been watching over the previous couple of video weekends with The Commander.

Like Commando Leopard and Codename: Wild Geese this is standard men on a mission fare. The plot was a bit convoluted and it wasn’t quite as action packed as the others but it made great use of its locations with some slick camerawork and was still good fun with plenty of explosions and machine gun strafing to keep us happy. 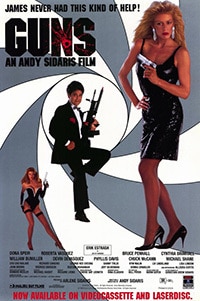 We went for the Andy Sidaris film with the coolest name from the bargain Sidaris box set I brought with me. It didn’t disappoint.

Packed with boobs, unnecessary explosions and awful one liners, this is sleazily naff entertainment at its best. A group of well endowed (part time) secret agents take on an evil Erik Estrada (and a ‘young’ Danny Trejo) for some reason or another. Loaded with filler, it’s not the most pacey or exciting of action movies but it has a certain cheesy charm. And boobs. Lots of boobs. 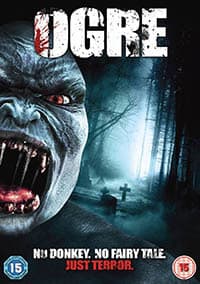 This low budget monster movie has a bizarre plot about a secluded village which stopped a plague ravaging its inhabitants 200 years ago by placing a curse around it. The villagers never age, but every year one of them must sacrifice themselves to an ogre which has been brought forth from the evil of the plague. Flash forward to the present day and a group of teenage douchebags looking for the legendary village get caught up in the carnage and try to put an end to it once and for all.

So yeah, the plot’s a bit nutty. The film takes itself a bit too seriously at times, but it’s still quite engaging. Unfortunately the ogre effects are horrifically bad and clearly the effects team couldn’t get the CGI creature to interact with the humans on screen so very little is seen of the damage. Which means this is pretty tame and a bit naff. But, as straight to TV/DVD monster movies go, you could do worse. Its certainly got an original story that’s for sure. 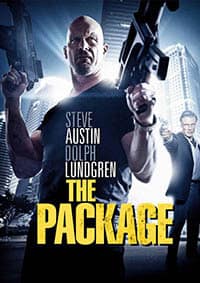 We turn to Steve Austin for a modern action fix as we’ve often done on our weekends. The Package is one of his strongest films luckily. Austin plays a muscle for hire who is told to deliver a mysterious package to The German, a sadistic criminal who has made a lot of enemies. These enemies want their hands on the package too so Austin has his work cut out for him.

This is slick, pretty brutal and rattles along at a fine pace. There’s a regular flow of hardcore action and a decent collection of enjoyably nasty bad guys. Dolph is downright bizarre and has a fascination with fruit for some reason which is kind of laughable, but works at the same time. All in all it’s a really solid DTV entry which action fans will lap up. 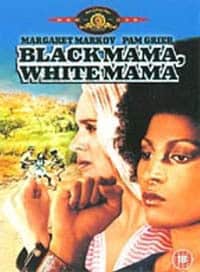 My favourite title from Weekend of Trash X was Truck Turner so I put forward another blaxploitation movie this time around. Actually I’m not sure I’d call Black Mama, White Mama blaxploitation though. It’s from the 70’s and has Pam Grier in, but she isn’t necessarily the star. Instead it starts as a women in prison movie as she and Margaret Markov are locked up in a Filipino jail and turns into an action thriller as they escape, still chained together à la The Defiant Ones.

Regardless of what sort of film it is, Black Mama, White Mama is a whole lot of trashy fun. There’s a lot of gratuitous nudity which will put off some, but worked for me. A surprisingly downbeat ending puts a damper on things and the film doesn’t quite know which characters/plotline to focus on, but overall this is chockablock with sleaze, silliness and attitude. 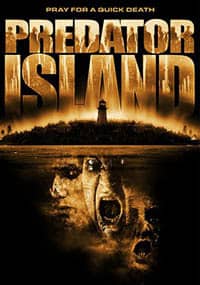 Three young couples are enjoying a boat trip together, but late one night get attacked by some sort of amphibious sea monster. Driven to land, they meet up with the lighthouse keeper and his wife and from then on their numbers start to dwindle as the creature infects them one by one, creating more evil frog-men.

This is a zero-budget affair and looks it, but its heart is in the right place and it knows its limitations. Unfortunately one way it tackles this is by keeping scenes ridiculously dark which masks the shoddy effects but makes it hard to see what’s going on. It’s not a particularly original film either, but is kind of fun for a low budget affair. 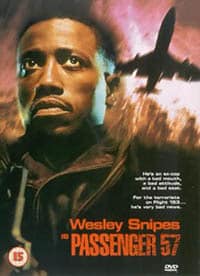 We thought we’d cap the night off with a 90’s classic on the big screen, so we went with this Wesley Snipes vehicle. If you haven’t seen it (shame on you) it follows Snipes as an air security expert who has to save a jumbo jet full of passengers which has been taken over by the sadistic prisoner Bruce Payne.

I can remember enjoying this film back when I was a kid, but thought it might be a bit dated now. In actual fact this stands up really well and is possibly even better than I remembered. It’s an incredibly taught, snappy action movie which never lets up. With badass dialogue, a typically charismatic turn from Snipes and boasting a great villain in Payne, this is 90’s blockbusting action at its best. 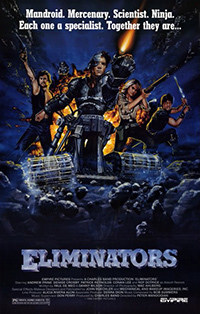 We ended the weekend on a high note with the Charles Band produced Eliminators. This is the kind of film that could only be made in the 80’s. ‘Everything but the kitchen sink’ is the phrase that springs to mind as a barmy time travel plot manages to squeeze in a ‘mandroid’ (who got his own unofficial spin-off in Mandroid), a flying mini robot, a mad scientist, a sexy lady scientist, an Indiana Jones influenced mercenary, some cavemen, Roman soldiers, a crazy butch lesbian, a hillbilly bounty hunter and a ninja. And the madness never stops with plenty of action sequences involving speedboats, lazers and mandroid’s awesome but kind of pointless ‘mobile unit’ (a tank-tread attachment to his legs).

It’s mad as a bag of squirrels and a whole load of fun because of it. My only gripe would be that the mandroid character is insufferably miserable all of the time, which makes you want to slap his metal face whenever he mopes around on screen, but generally this is the ultimate example of what is great about daft high-concept 80’s movies. It made me pine for the good old days when plausibility wasn’t even a consideration in putting together an action adventure film.

A fine end to this year’s weekends of trash.