Set in China in the early 90s, this based on true events tale is a sharp and solid cops vs robber’s actioner. Eagle (Daniel Wu) is the vicious and clever leader of a group of bank robbers causing chaos for cop on his tail Cheng (Qianyuan Wang). Robbing banks with ruthless efficiency and leaving dead bodies in their wake, Eagle is always one step ahead of the cops, a cunning killer who continually evades capture. After a close run in with Eagle that saw him captured and his life threatened (in an impressive one-take opening sequence!), Cheng vows to catch him no matter what, the years of fervent chasing thus taking its toll on both cops and criminals.

Unfussy and hard edged, Caught in Time is like a crime film from the era its set in. Tough, unpretentious, peppered with hard edged firepower, we know who the good and bad guys and what the endgame is. Nothing wrong with this approach as director Ho-Leung directs with urgency and manages to cram a lot in, in the refreshing 90-minute runtime. This does mean that some of the intricacies get lost in the streamlined plot (such as the toll it’s taking on the cops, developments in both the cops and criminal personal lives, what makes Cheng so determined to catch his crook) but Ho-Leung Lau keeps the pace going and orchestrates several thrilling heists and their gun-battle fall outs. 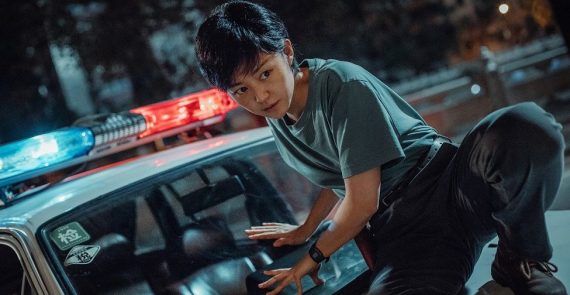 Unflashy and full of grit, the action hits hard, and while it may be a little low-key compared to other blockbuster action flicks (Raging Fire, Shockwave 2) it’s well staged and full of mayhem. The two leads bring some gravitas to proceedings with Daniel Wu (complete with you-know-he’s-a-bad-guy-by-his-haircut!) particularly good as the ferocious Eagle. It may not be as dark or as relentlessly downbeat as other modern thrillers but the 90s setting adds to the enjoyment as the cops initially must use their wits and intelligence to figure things out rather than constantly checking mobile phones, GPS’ and endless surveillance footage. Though that said, in a nice twist due to the investigation going on for so many years there’s a sequence where CCTV is introduced to the streets of China and how the cops come to learn to use it to track bad guys.

Ho-Leung Lau (known for scripting the likes of Painted Skin, Kung Fu Jungle, 14 Blades) has made a solid crime thriller that benefits from its rough and ready approach, decent action, and intriguing real-life case. 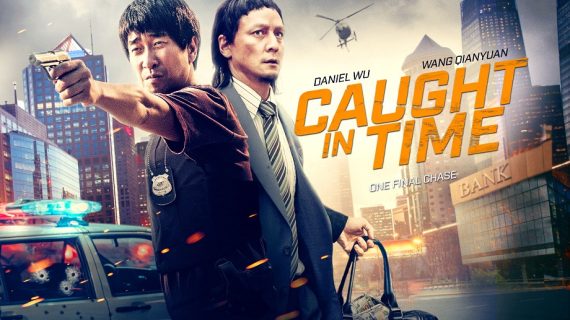