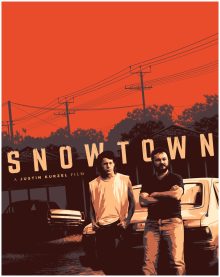 Between 1992 and 1999, 12 murders were committed in and around Adelaide, Australia. Nicknamed the “Bodies in Barrels murders”, because that’s how some of the victims were found in a disused bank vault in Snowtown and from where the film takes its name, only one murder took place in Snowtown itself. Most of the victims and perpetrators came from that community and it is there that Justin Kurzel’s grim focus rests for the entirety of his directorial debut. It is a disciplined, accomplished piece of work. Without a shred of exposition, the horrific events unfold unvarnished and by the end you may be left reeling.

Working from his own screenplay written with Shaun Grant, Kurzel offers us no guiding hand within the story. It’s entirely from the perspective of impressionable teenager Jamie (Lucas Pittaway) and we see him bounce around between abusers. He lives with his mother Lizzie (Louise Harris) and brothers, one of whom rapes him, and his mother’s boyfriend, a paedophile who takes indecent images of the boys. When Lizzie finds out, crossdresser Barry (Richard Green) introduces her to John (Daniel Henshall). 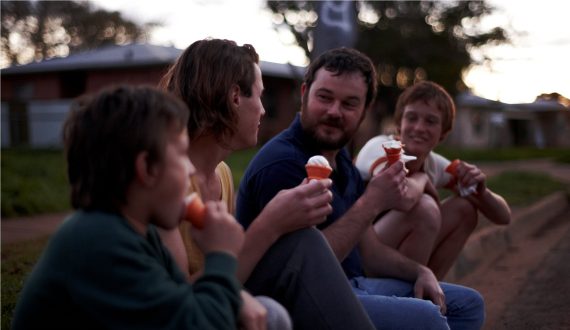 I did say it was grim. Intoxicating, but tough going. Snowtown is on the fringes of society and its inhabitants grind out a minimal existence. John has an easy charm and deals with the ex-boyfriend with low-level hooliganism, which quickly makes him a heroic father-figure to the family, especially Jamie.

John easily stokes up further support for his anti-paedophile rhetoric from the justice-starved residents. Their depressing, predictably ignorant but innocent right-wing arguments just further feed his parasitic nature. The barrels start to fill up with dismembered bodies while he skilfully gaslights Jamie into being more than an accomplice. John’s red lines for who deserves his attention begin to blur; sadistic justice is a fragile oxymoron, and is soon replaced for full-blown sadism.

This is not a straightforward horror film and certainly isn’t a thriller. We see a couple of murders in gruesome detail, but the naturalistic style throughout is so deeply unsettling that it requires nothing extra. You watch with a knot in your stomach which tightens for two hours. There’s no escaping John’s sinister but cheerful smile and there’s no compromise to help us justify Jamie’s gradual fall. The story of a criminal grooming an impressionable youth chimes with David Michôd’s Animal Kingdom from the year before, but motive and execution is very similar to Shane Meadow’s This Is England, though both those films seek to entertain us to different degrees. Kurzel has no such intention.

The cast are uniformly excellent. Much of the film’s success rests on Pittaway’s expression of a rabbit permanently caught in headlights. Or a kangaroo, to recall a particularly memorable moment in Jamie’s indoctrination at the disturbingly skilled hands of John. Louise Harris is heart-breaking as the helpless, frustrated mother who can’t defend her kids and Daniel Henshall is incredible in showing us an obviously deranged murderer, who is nevertheless in full control of those around him. David Fincher presents antagonists as woven into the fabric of their world in his films, such that they can operate without causing a ripple. Kurzel goes a step further and doesn’t give us a protagonist, not even an ironically reliable witness, to question John’s motives.

The story is strictly focused on the residents of Snowtown, the killers and some of their victims. The bubble never bursts, not to allow us a sense of how much time passes or see how law enforcement gets involved, and not even in the very final moments. A door is literally closed on us before the credits roll. So too are we shut out then, left to scour the Internet for the full story as soon as we get our breath back. (The extra features unpick many questions too, but the mood of the film is admirably maintained so you might need a break before diving in).

We could argue that maintaining distance from the viewer makes for a film that has its cake and eats it. The thematic ambition might be a useful excuse to ignore the wit and invention Kurzel’s contemporaries need to employ to satisfy genre conventions, including an ending. Here, that’s more like a shrug and a wink. A convenient conclusion, shoe-horned to satisfy convention, would be out-of-step.

If Snowtown gives us such little information, what can we possibly learn? Perhaps what happened in Snowtown is so deeply disturbing that Kurzel’s film comes out the other side. It isn’t a documentary, nor is it a “based on true events” Zodiac-style thriller. It’s a brutally honest study of what can happen to any disenfranchised, disillusioned society. It’s as big and as small a story as you need it to be, if you can bear to expose yourself to it. 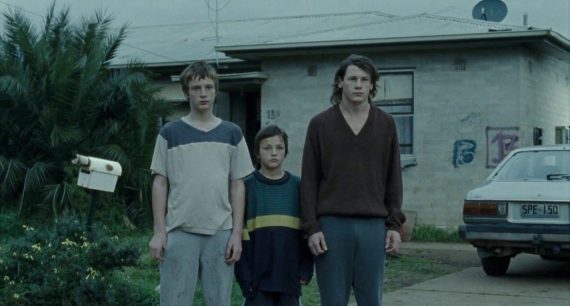 Adam Arkapaw’s photography is striking. A bleached palette presents Snowtown as a dried out, ageing husk of a forgotten town. The HD presentation is faithful and crisp, with a cold, blue tinge, contrary to what you would expect. Contrast, colour and definition are well maintained throughout, despite shifting locales and the real locations where lighting cannot be controlled absolutely. This is not a film that wants you to think it is beautiful, nevertheless the craft on display is precisely that.

We’re not watching Snowtown for a contrived audio presentation that will give your surround sound a workout, but both the stereo PCM & 5.1 DTSHD MA tracks are perfectly balanced. There are frequent scenes of casual chatter and long periods of silence, yet dialogue is always distinct. Jed Kurzel, the director’s younger brother, provides the score. Simple, persistent and ratchets the tension up further still.

This is an excellent release from 101 Films and the extra features are fresh and new, yet an organic extension of the film itself. This brand new Limited Edition is presented in a rigid slipcase with new artwork by Thomas Walker and includes a booklet. 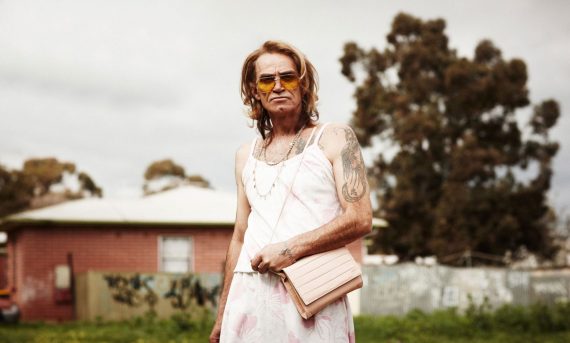