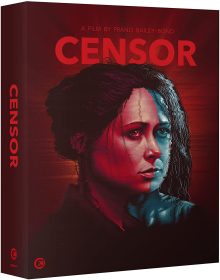 Growing up in the 1980’s I have a very fond memory of video rental shops – not big chain outlets like Blockbuster, but smaller independent shops often seen on UK village and town high streets. I remember the thrill of seeing all of those boxes on the shelves, of being able to choose a new film to watch when we went in with my parents, but most of all I remember the allure of the horror section. I remember closing my eyes when going into the store so that I didn’t see posters for the likes of A Nightmare on Elm street peering at me from the wall behind the counter but then slowly opening those eyelids so that I could take a peek at Freddie Kreuger peering back down at me. Then there was the lurid box art on those films that lurked in the horror section, films that promised such things that my small mind struggled to imagine every time I managed to sneak off from my parents to steal a look. What I don’t remember from that era in the UK, was how horrendous the political and social uproar around those horror movies were in the wake of ease of access to rental videos. 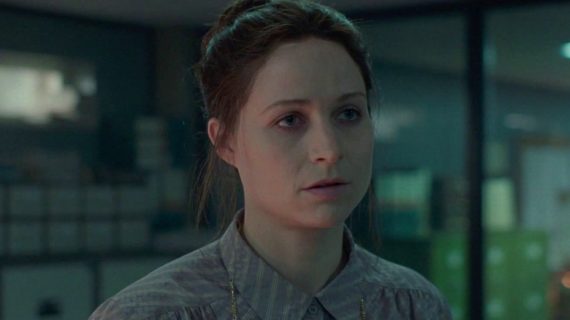 Fuelled by an insurgence of extreme international films such as The Driller Killer and Cannibal Holocaust, the likes of which the UK public had never had access to before on the legal market, and ignited by outrage from politicians and religious groups, particularly the activist Mary Whitehouse, the Video Nasties scare of the 80’s looks positively Orwellian by modern standards. Police raids on video stores, arrests and prosecutions over films like I Spit On Your Grave, Snuff and even films that are regarded nowadays as classics of the genre such as Mario Bava’s A Bay Of Blood and Tony Maylam’s The Burning led to the passing of the Video Recordings Act 1984 under which the then British Board of Film Censors was renamed the British Board of Film Classification. The BBFC, under the leadership of James Ferman, famously became the arbiters of what the British public could watch, liberally handing out bans and heavy cuts to more adult films, particularly in the horror genre, a practice that largely continued until 2000 when their guidelines were relaxed and previously banned films started being re-released, often with the more lenient 15 rating.

It’s during the 1980’s period of hysteria that Prano Bailey-Bond’s Censor is set, a horror film that is both a satirical look at the video nasties controversy as well as a loving homage to the films that were targeted by the censors.

Ostensibly a Giallo-lite, Censor’s story focuses on Enid (Algar) a young censor at the (unnamed) BBFC whose strict moral standard means she takes a harsh view on many of the horror films she has to assess as part of her job. While she is almost obsessive over the level of detail that she feels should be cut from these films to make them suitable for public consumption, the material she is watching seems to be having a detrimental effect on her mental health. When a scene in a new film by a British director stirs memories of a childhood tragedy she has long repressed, she begins an obsessive quest to find out the truth about what has happened to her long missing sister, as her life and the very fabric of her reality begin to collapse around her. 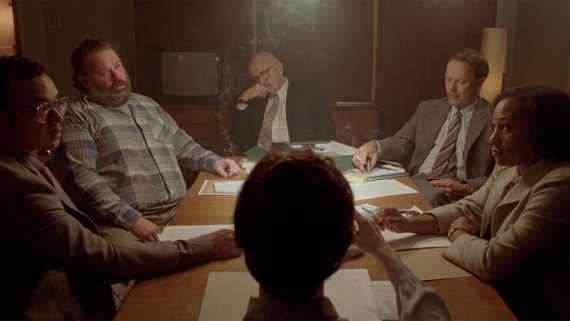 Censor is a fabulous film on many levels, from its twisty, open ended plot, to its cast of reprehensible bastards (including a superbly on form Michael Smiley as a slimy film producer) it evokes Peter Strickland’s equally excellent 2012 psychological thriller Berberian Sound Studio. Both films feature an individual deeply entrenched in the horror film industry in such a way that their mental health begins to wane and, just as Toby Jones carried Berberian Sound Studio, so does the fantastic Niamh Algar completely make Censor her film. Her portrayal of Enid is a woman constantly on edge, someone desperately trying to repress long held trauma and some who so very much wants to do the right thing and ‘protect’ the public from corrupting influences that might influence them to do ‘very bad things’. On the surface, she’s prim and proper, dedicated to her work, but in private she nervously twitches, constantly on edge and frequently half remembering the day her sister went missing.

There’s a lot to discuss about the film and the subtle ways it plays to the nasties controversy, however I will avoid any specifics in this review as there’s a lot to spoil. Enid’s personal quest is the main thrust of the film, but there’s also sub plots which pick apart the often horrifically misplaced public outcry over these films, the knee jerk reactions of the press and even the questionable morals, motives and attitudes of the filmmakers themselves. Bailey-Bond clearly has a love for this era of film, but Censor frequently does not pick a side often letting viewers make their own decisions on the argument of censorship vs artistic freedom. There’s a clear understanding as well as a respect of the kind of films that were falling foul of the censors in the 80s, as well as the often tough job the censors had viewing material that was frequently quite alien to them.

Some viewers may also find the film’s open endedness equally frustrating with many things left unanswered or merely alluded to through the course of the narrative. Ultimately, though, this is all part of the wonderful homage of Censor. Visually the film often evokes the dreamlike atmosphere of the works of Argento and Bava, with its palette of bright greens, reds and purples; cinematographer Annika Summerson does a fantastic job in making each frame feel meaningful, and the visual trickery in the final act (again, no spoilers!) leads to a claustrophobic and surreal finale. All of this is elevated further by Emilie Levienaise-Farrouch’s fabulously ethereal score which undercuts and elevates every scene and deserves to sit alongside the likes of Goblin’s soundtrack to Suspiria –  it’s available from the composers Bandcamp page and you should absolutely go pick it up! 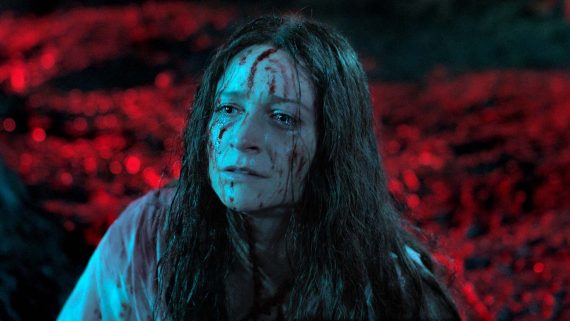 Ultimately Censor is more of a psychological drama than a straight up horror, but the twists and turns in the story as well as the ambiguity of the narrative and the background of the UK moral panic of the Video Nasties make it a hugely compelling watch for genre fans. Lovingly put together, superbly acted and hypnotically filmed and scored, Censor is a must watch and easily one of the best British independent genre movies of 2021

Second Sight’s 2-disc release of Censor is an embarrassment of riches, featuring some hugely insightful interviews with the cast and crew as well as behind the scenes clips of the making of the film, the discs also include some excellent content around the video nasties themselves.

The two part “Ban The Sadist Videos!” documentary provides a great background to the period of controversy in the 1980’s as well as the development of the BBFC to the establishment it is today. Personally I prefer Jake West’s excellent two part Video Nasties: Moral Panic, Censorship & Videotape documentary, as that features more interviews across a wider spectrum of individuals who were either present during the panic, or have had careers influenced by the films that caused such an uproar, but that has sadly been out of print for many years now. As well as that documentary there’s also a discussion with David Gragory, directory of the documentary and owner of Severin Films, and a conversation between Bailey-Bond and David Hyman of the BBFC.

Finally there’s Nasty, Prano Bailey-Bond’s short film which both precedes and informs Censor. Showing the developing visual style that the director would ultimately carry over to Censor, it’s very much a companion piece with both films even opening in a similar fashion. It’s a fun little short which similarly pokes fun at how the public perceived the “depraved” video nasties while similarly showing a fondness for both the films and the era.

Overall this is a fantastic package for a great film and an essential purchase for fans.