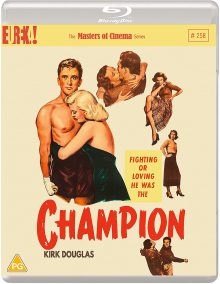 Boxing was probably the second most popular sport in the US (behind baseball) back in the early 1900s. American football, ice hockey and basketball hadn’t yet reached the heights they would in later years. Controversy over match-fixing and other rackets in boxing helped spoil its reputation though, as the century moved on.

The boxing movie has been a staple of Hollywood filmmaking since way back in the silent era, but these scandals didn’t stop the studios from centring popular films around the sport. In fact, they only served to inspire stories that featured such incidents. One such film that focused on the darker side of boxing is Champion.

Mark Robson’s 1949 film proved to be a big success at the box office and boosted the careers of a couple of major names in the industry. For one, it gave producer Stanley Kramer his first hit after his debut production, So This is New York, flopped badly. Also, perhaps more notably, it made Kirk Douglas a star. He’d turned heads with a few decent supporting roles previously but after Champion he became a household name and would remain so all the way up to his death last year at the ripe old age of 103.

Champion is getting Eureka’s Masters of Cinema treatment in December. I’m not usually a fan of sports movies but, with its strong reputation and promise of a darker edge, I decided to give the film a shot. 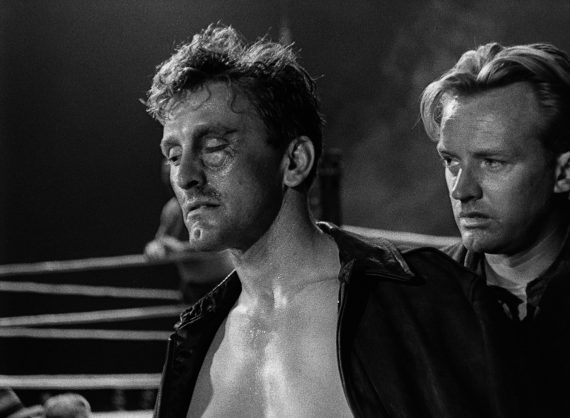 Champion sees Douglas play Midge Kelly who, at the start of the film, is shown to be a popular boxer, defending his title. The bout commentator claims Midge worked his way up from the streets to become the people’s champion. We soon flashback to see the truth though.

Initially, Midge falls into the sport through luck after getting into a scuffle in the backroom of an arena. Seeing his ability to take a punch, he’s drafted in to replace an injured fighter. This bout doesn’t go well, but manager Tommy Haley (Paul Stewart) sees potential in the young man and suggests he look him up in L.A.

Midge is not interested, initially, as he and his disabled brother Connie (Arthur Kennedy) are headed to California to run a restaurant they’ve invested in. However, when they discover they’d actually given their money to a con artist that only merely worked in the restaurant and soon fled with the cash, they’re forced to work for the actual owner to make ends meet. 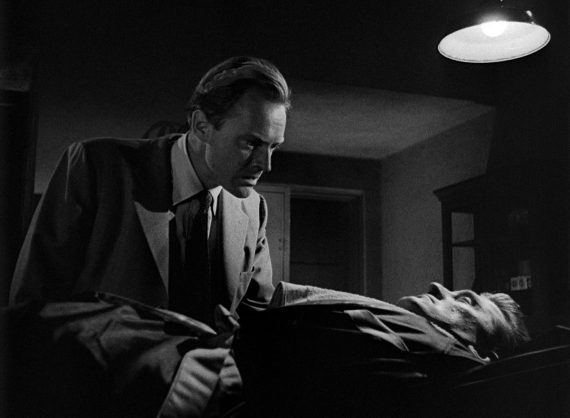 At the restaurant, Midge and Connie both fall for the owner’s daughter, Emma (Ruth Roman). Being the more forceful and charismatic of the pair, Midge wins her over. When Emma’s father catches his daughter with Midge though, he forces them to get married. Not wanting to commit in this way and hating being strong-armed into it, Midge leaves his bride as soon as the ceremony is over and heads to Haley’s gym to become a boxer.

Haley’s initially reluctant to take Midge on, having soured to the nature of the sport over time, but is talked into it. He develops the young man into a lean, mean fighting machine who soon rises up the rankings.

Over time, however, Midge’s ego grows too big and he shuns the only people that care for him, instead siding with more malicious, self-serving types, like himself.

I liked this a lot and I think part of the reason is that it feels like a film noir as much as it does a sports movie. Though the opening sequence sets it up to be a traditional underdog rags-to-riches story, it’s actually the tale of a selfish man who’s drawn to a cruel and dangerous world through a desire to rise above those that abused or turned their noses up at him in the past. 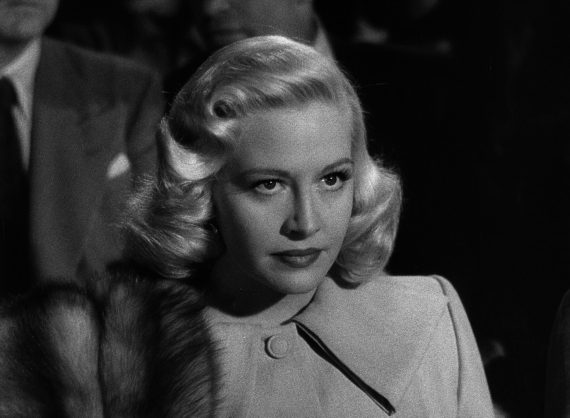 This idea is nicely set up in the first half of the film through largely wordless exchanges between Midge and Grace (Marilyn Maxwell). She’s the girlfriend and seeming manager of another champion fighter and initially snubs Midge and is amused by his lack of fighting skills. Later on, when Midge sees her at a fight, it spurs him on to fight harder and win a fight he’s supposed to throw. It’s a key relationship in which little dialogue is exchanged before this central turning point.

The original story it was based on had Midge cast as a straight-up villain, but the film sensibly gives more texture to the character. He still does some despicable things and doesn’t come out well by the end, but enough background and reasoning behind his actions are given to help us at least understand why he does what he does. This psychological depth is another key noir trait too.

On the surface, Champion even looks like a noir. The great Franz Planer (Criss Cross, Letter From an Unkown Woman) was the cinematographer and he uses high-contrast, low key lighting to create a striking, shadow-laden look. He also made fairly innovative use of handheld cameras, largely in the fight scenes. These were shot on the same set each time but slightly redressed and filmed from different angles to set them apart. 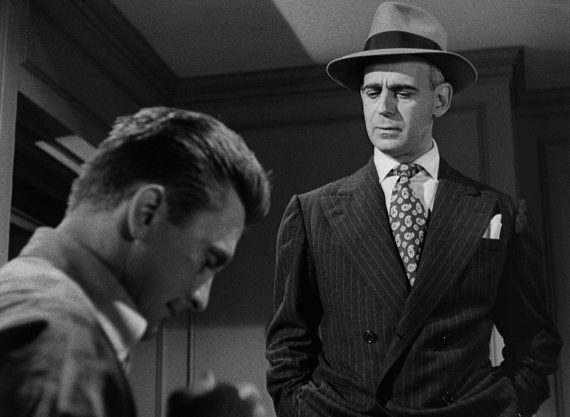 In my introduction, I mentioned that Champion made Douglas a star and it’s easy to see why. He does an astonishing job, adding depth and charm to the often quite unpleasant character. Physically he’s very convincing too. Though he’d not boxed, he had been a champion wrestler in his youth, so had the body for it. He worked with a trainer to tone himself fully though and learn the moves. This makes the boxing scenes totally believable and suitably intense.

With its handsome black-and-white photography and dark tale of an unlikeable character at its core, Champion reminded me a lot of Raging Bull. I would be highly surprised if Martin Scorsese didn’t have Robson’s film in mind when making his 1980 classic. There’s even a slow-motion sequence here that brought to mind De Niro’s fight scenes in the later film.

Overall then, it’s a superb boxing drama with more than a hint of noir in its DNA. Tough, well crafted and powerfully performed, it stands among the very best of a crowded genre. 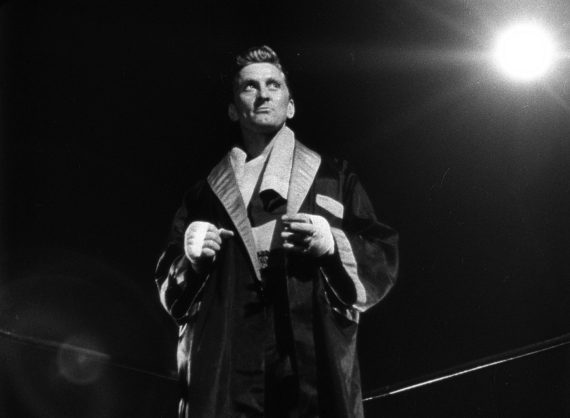 Champion is out on 6th December on Blu-Ray in the UK, released by Eureka as part of their Masters of Cinema series. There’s a little light dirt on the print in places and one or two rougher looking shots but overall the film looks great, with a fairly thick but natural grain and sharp details. Sound is solid too.

– 1080p presentation on Blu-ray
– Optional English SDH Subtitles
– Brand new audio commentary by professor and film scholar Jason A. Ney
– Stills Gallery
– PLUS: A collector’s booklet featuring new writing on the film by critic Richard Combs; and a piece on boxing in cinema by author/screenwriter S. B. Caves

The only extra of note is Jason A. Ney’s commentary, but this is excellent. It strikes just the right balance between cast and crew background and analysis, offering a rich, deep dive into the film and those involved in its making.

Overall then, though there isn’t a great amount of supplemental material, what we have is of great value, so the release still comes out on top.