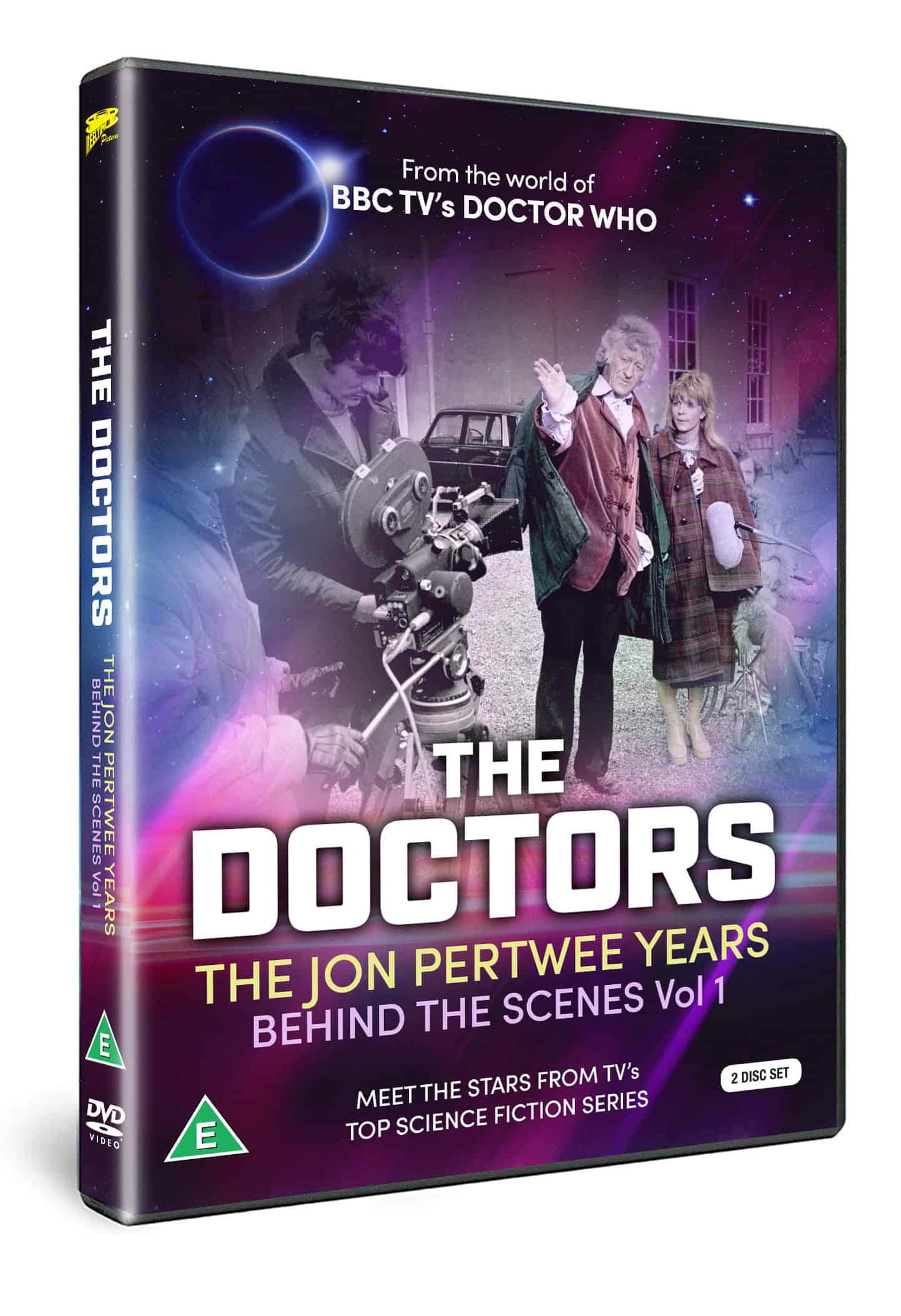 Delve into this double disk set and discover a rich treasure chest of Doctor Who goodies. The Doctor: The Jon Pertwee years, Behind The Scenes Vol.1 is the must-have purchase for the dedicated Whovian. Reeltime Pictures have kindly re-released footage from their Myth Makers’series to make this special limited edition. With over five hours of interviews and fascinating stories, all you need to know about this classic era of Doctor Who has been collected here.

Disk one focuses on revelations from producer Barry Letts, script editor Terrance Dicks and the voice of the Daleks, Nicolas Briggs as they re-live their trials and tribulations. The discussions cover their successes and their near cancellation into the Sci-fi dustbin of history. There are stacks of tales to get through in this seventy-five minutes festival of facts. Next up on this first disk Nicolas, Barry, and Terrance get back together for some more fun, this time covering production, writing, and casting. There’s even time to discuss the mysterious workings of the BBC, in this hundred-minute avalanche of information. 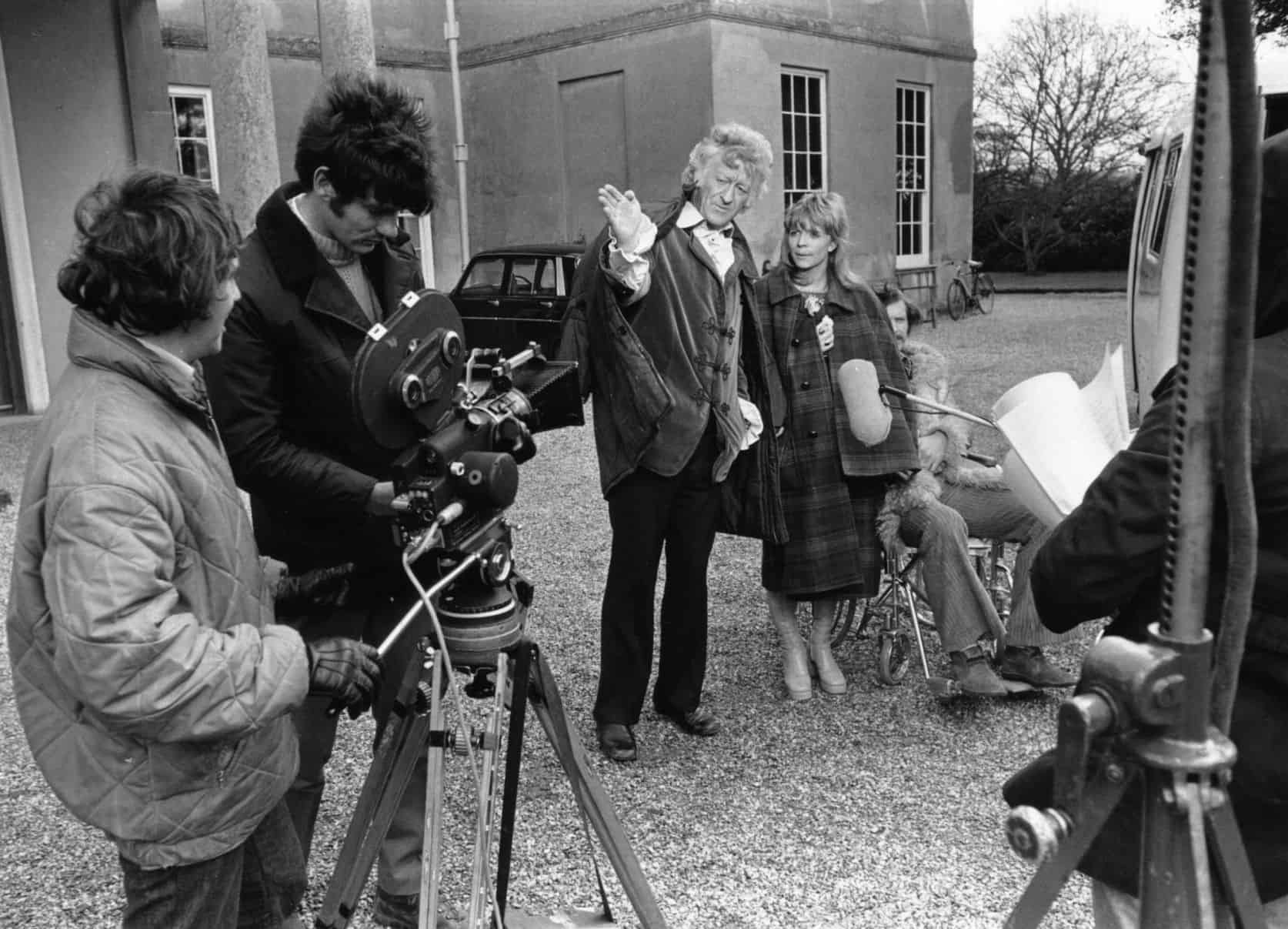 Disk two hosts conversations between writers Don Houghton and Bob Baker with Barry Letts and Terrance Dicks at the 1987 Doctor Who Appreciation Society convention. This makes for a highly enlightening forty-eight-minute insight into the workings of Doctor Who. The proceedings continue with the Pertwee directors: Christopher Barry and Paul Bernard. Christopher is the director of The Daemons while Paul directed the Time Monster. This fifty-three-minute romp through science fiction covers the pair as they discuss their progression into Doctor Who. Finally, we take a peek at the Flight Through Eternity convention. Held in 2008, the guests here include Anna Barry who played Anat, and Valentine Palmer who appeared as Monia in Day of the Daleks. Terrence Lodge is otherwise known as Moss from Planet of the Spiders and Damaris Hayman, Miss Hawthorne from The Daemons complete the culmination of personal reflections.

This release boasts a fine selection of interviews and tales with all those involved in making Doctor Who. The anecdotes have been lovingly collected and stored in one place within this compilation. It’s made for the Doctor Who fan and created for the collector of serious nostalgia. This set is nicely produced with a hefty package of fascinating behind-the-scenes narratives for the discerning Doctor aficionado. Limited to 1000 copies travel back in time with this double disk charmer. 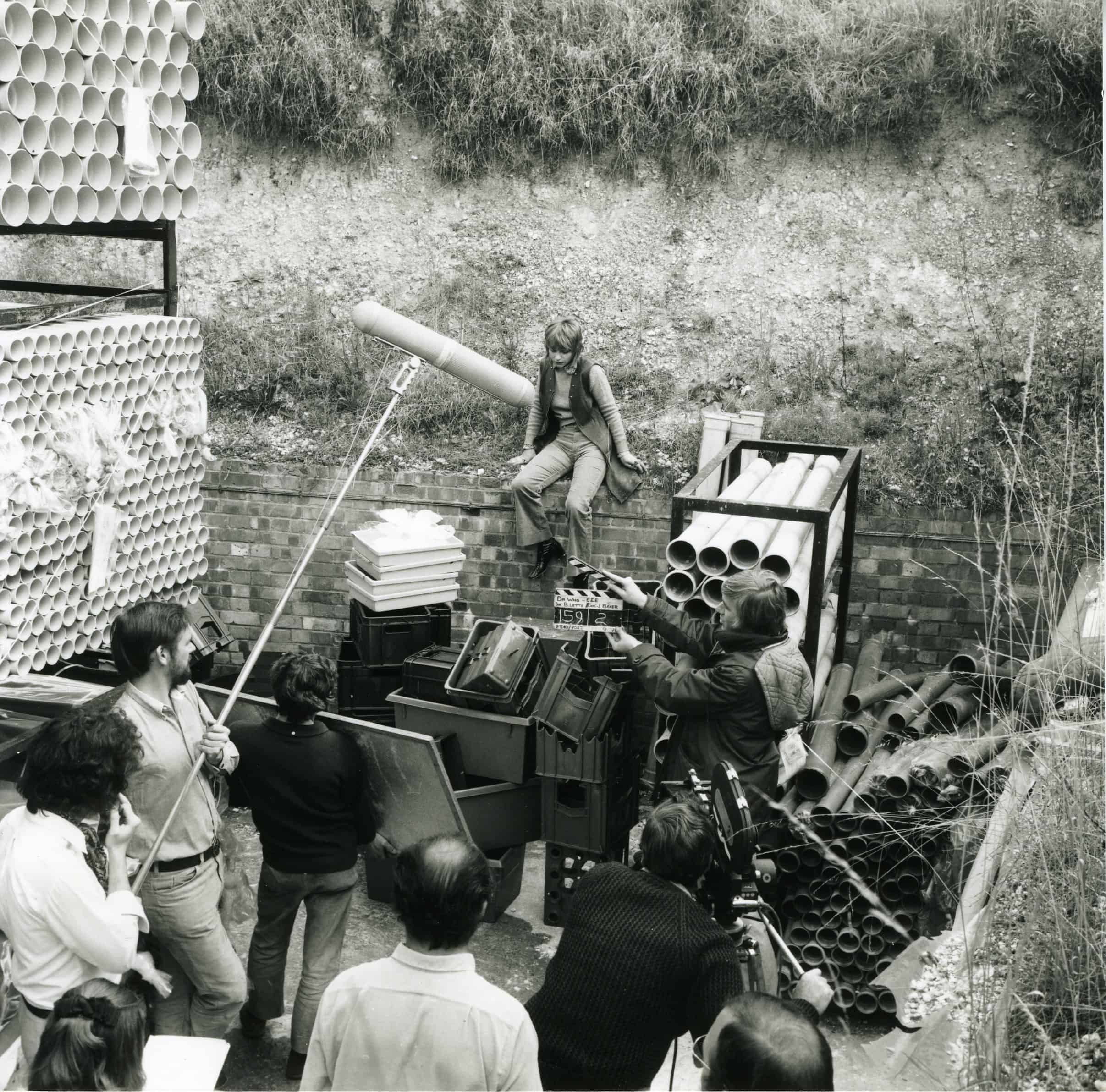 The Doctor: The Jon Pertwee years, Behind The Scenes Vol.1 is available as a limited release. This double disk DVD is out on the 12th of July 2021, with good sound and picture quality. The packaging is no-frills, unlike Jon Pertwee, so don’t expect any extra booklets or posters with this assemblage. It stands up on its own and depends solely on the quality of its footage.

You will be even more delighted to discover that a total of thirteen new titles will be traveling through time to you soon. It will be fascinated to see what the rest of the series hold in store for us. In these troubled times of woe, time-out viewing a calmer era is highly recommended.

The second compilation will be The Doctors: The William Hartnell Years Behind The Scenes. The release will contain interviews with the team who created history by bringing the Doctor’s first incarnation to television screens.