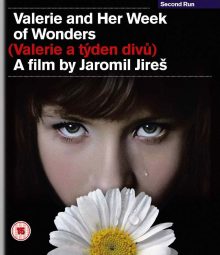 Valerie and Her Week of Wonders is considered one of the last of the Czech New Wave, as it was released two years after the Prague Spring reforms had been suppressed by the Warsaw Pact countries, but still has a sense of the movement about it and involved some key figures. The Soviets allowed a few more of these radical titles to be produced before they began to take greater control over the media and Valerie, along with Juraj Herz’s Oil Lamps and Morgiana, are among the last few to be considered New Wave titles. In the special features for many of the Czech New Wave films I’ve seen over the last few years I’ve heard regular mention of Valerie so I was thrilled to hear Second Run were planning on releasing it on Blu-ray. I grabbed a copy to see what the fuss was about and below are my thoughts.

The titular Valerie (Jaroslava Schallerová) is a 13-year-old girl who gets her first period near the start of the film. From this point on, the world becomes a dangerous and bizarre place, as many of the adults around her are shown to be monsters or sexual deviants. Most notably, a vampiric figure keeps cropping up in different guises – the Bishop, the Constable, ‘the Weasel’ and Richard. He’s involved in an affair with Valerie’s grandmother (Helena Anýzová), who wants him to make her young again by allowing her to drink the blood of a new bride, Hedvika (Alena Stojáková). Also causing grief for Valerie is the priest Gracián (Jan Klusák), who attempts to rape her and tries to have her killed later when she escapes his advances. 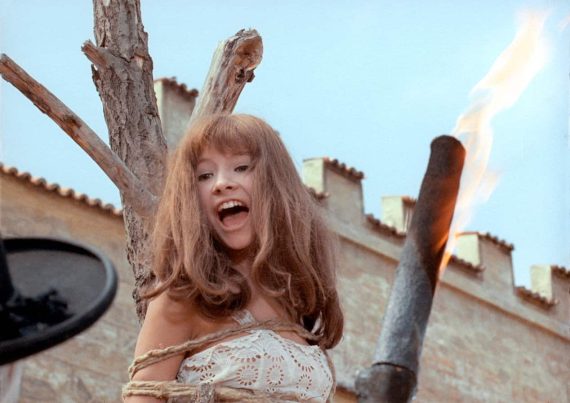 Valerie’s only friend (as even her grandmother seems to be on the dark side) is Orlík (Petr Kopriva) a young man who is deeply enamoured by her and visa versa. He helps Valerie whenever he can, though it’s often the other way around as his guardian, the Constable, continually punishes him. Unfortunately, a twist comes in the young couple’s relationship when Valerie learns Orlík may be her brother. She also learns that Richard may be her father. So, Valerie is caught in a dizzying web of sexual desire, incest and other twisted fantasies. Luckily, she has her magic earrings, which have many uses and get her out of trouble the majority of the time.

As is probably fairly clear from the synopsis above, the film is a coming-of-age metaphor. It presents different paths open to Valerie now she’s become a woman – marriage, join the church, greed and lust brought on from repression (in her grandma’s story) or sexual freedom. The latter is displayed through sequences involving pagans in the village who are forever frolicking or fornicating joyfully. It’s this path of free-love that is shown to be the most desirable, ending the film in a kind of love-in or mild orgy with these pagans. The other paths are shown as horrific, filled with vampires and sexual predators, so the film is clearly damning the repressive or constrictive norms of the time. 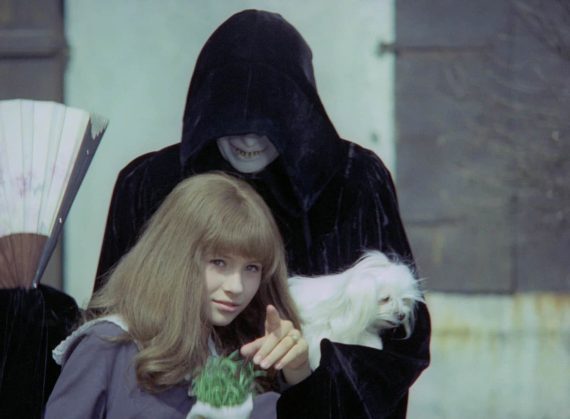 Interestingly, though the world seems against Valerie and she’s faced with all these dark, satanic forces, she doesn’t act like the victim. She largely seems in control and easily gains the upper hand or merely acts as a placid observer. She even uses her own sexuality as a healing force in one scene. It’s an interesting spin on this type of fantastical coming-of-age metaphor where usually the young innocent is a mere victim. It allows the film to feel more forward-thinking and possibly feminist. Saying that, it’s hard to ignore the fact it was directed by a man and based on a book written by a man. Perhaps the input of Ester Krumbachová could be the answer to this progressive attitude. She was down as co-writer and designer in the credits, but, from what is discussed in the special features in this set, sounds to have had quite a say in much of the film’s production. She had her finger in a lot of the New Wave pies, in fact, so was a crucial creative force in the movement as a whole, even if she only directed one film herself.

It’s a most unusual film that, I must admit, did lose me at times. Many of the characters have multiple names or forms, which is a large source of confusion. Otherwise, though very odd and occasionally episodic, it’s not drastically difficult to follow. Interestingly, the director, Jaromil Jires, was not a surrealist filmmaker. Although making some films in a poetic style (including one of the shorts in this set), his other work was unlike this. Perhaps this explains why, although most unusual and sometimes a little confusing, Valerie is not a baffling, random mess like some surrealist films. 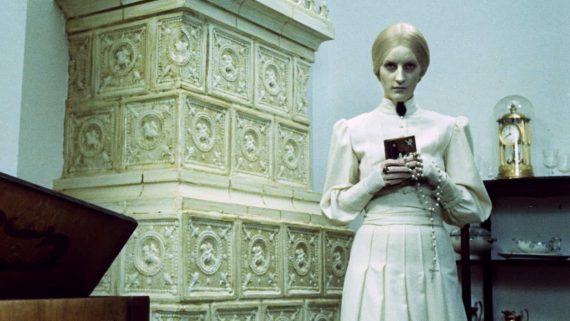 From a cinematic perspective, the film is magnificent. It looks stunning, with some sumptuous cinematography and pitch-perfect production design. The mise-en-scene is so strong you could grab practically any frame of the film and have a work of art.

Also impressive is the music from Lubos Fiser and Jan Klusák. It uses a range of styles and techniques to create a bewitching and beautiful soundtrack that sounds like few Western scores. It has become a cult classic soundtrack of sorts, reportedly influencing several artists and groups such as Espers and Broadcast. Cat’s Eyes music for Peter Strickland’s The Duke of Burgundy is one recent example that seems to be a fairly direct nod.

Visually striking and beautifully scored then, it’s a stylistic triumph. It didn’t capture me completely, as I got a little lost from time to time, but it’s short and enjoyable enough as a fantasy/horror hybrid to hold the interest of even those less enamoured by purely surreal films (like me). Its coming-of-age metaphors are clear without being overwrought, so there’s plenty to think about too, on top of simply enjoying the experience. So, it’s a wonderful film that justified the hype. Once again, Second Run have dusted off another gem from the Czech New Wave that deserves to be more widely seen. 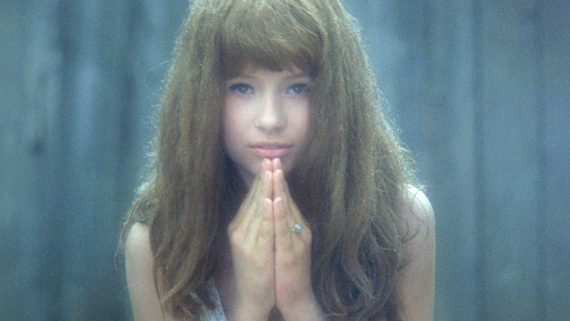 Valerie and Her Week of Wonders is out on 27th January on Blu-Ray in the UK, released by Second Run (they’ve had a DVD version out for a few years already). The picture quality is very good. There are some visible flecks on the print and feint lines at times, but it’s sharp and detailed.

I’m always happy to see a Projection Booth commentary listed in Second Run’s extras, or Kat Ellinger for that matter, who’s becoming one of my favourite contributors. She and the rest of the Projection Booth team provide thoughtful analyses and fascinating insight into the film and the cast and crew involved. Equally as importantly, they sound very passionate about the subject and clearly love the film, so it’s a pleasure to watch along with them. This latter point helps their commentary stand out against the Peter Hames and Daniel Bird track, which is decent, offering an alternative viewpoint on the film, but a bit dry in comparison, not helped by the fact it’s presented more like an interview, with Bird asking Hames questions about the film.

Michael Brooke’s introduction is illuminating too and the short films are an excellent addition to the set. I really enjoyed the short and sweet Uncle in particular, which sees a thief caught in the act by a young boy, so the man pretends to be his uncle. This leads him to have to play with the boy for a bit before disappearing out the window again when he hears the boy’s mother. The Hall of Lost Footsteps is a poetic yet disturbing anti-nuclear war film that mixes stock footage with newly filmed sequences, changing stock and colour as it goes on. Opening with footage from the Holocaust too, it’s a powerfully eerie film. Footprints is more straightforwardly presented as a narrative short, but is equally as dark, seeing distrust build in a small village under occupation, to devastating ends.

As always, Second Run’s booklet is expertly compiled and the equal of any featurette. With all this included on top of a fine film, it’s a very strong package, even by Second Run’s high standards.