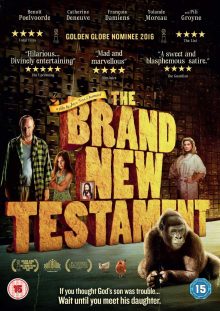 Hilarious, meaningful and heartwarming, this film is a testament (literally) to the power of connection, self-acceptance, and reclaiming your life for the better.

In the beginning, God (Benoît Poelvoorde) lives in a grimy flat with his silent, terrified wife (Yolande Moreau) and his furious ten year old daughter, Ea (Pili Groyne). He spends his days at his computer gleefully writing out rules for the universe, such as “Toast will always land jam side down”, and “If you happen to fall in love with a woman, it is unlikely you will spend your life with her”. Finally growing sick of her father’s controlling and violent behaviour, Ea finally escapes into the human world, releasing everyone’s death dates as she does so and unleashing chaos and liberation on a world beaten down by misery.

From here the film follows Ea on her quest to find six apostles, dipping into each of their lives in a beautifully artistic and entertaining way. We travel through Ea’s Brand New Testament, with each apostle writing a chapter about his or her life, impending death, and the conflicts and joys therein. The characters vary hugely in situation, morality and life span, but all six are presented in a nonjudgemental and sympathetic light. 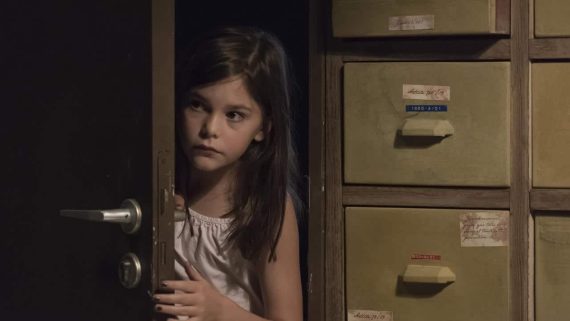 The whole tone of the film is one of self-acceptance and connection. Every character from Ea’s Goddess mother to a circus gorilla is defined by the deep loneliness that permeates their life. The drab colours used at the start of the film reflect this, turning potentially larger than life characters into grey shadows of what they might be. The film takes us past this uninteresting exterior and into the complex and empathetic inner lives of these characters, the colours brightening as their connections with other people draw them back towards happiness and freedom.

While the label of ‘comedy’ is rarely entirely accurate, there are some genuinely hilarious moments in The Brand New Testament. After the death dates are proved to be correct, one character embarks on a series of ridiculous escapades knowing he will always survive; “Sixty-two years to live!” he screams joyfully as he jumps from the top of a sky scraper, only to be saved by a series of unlikely (and hysterical) coincidences. But there’s a more serious side too. The wife of God, though trapped in that apartment, gets a quiet but impactful storyline as she slowly reclaims the space and through it, herself. Ea’s role as a catalyst for her group of apostles branches out when she meets Willy and the two form a relationship that is meaningful to both of them. 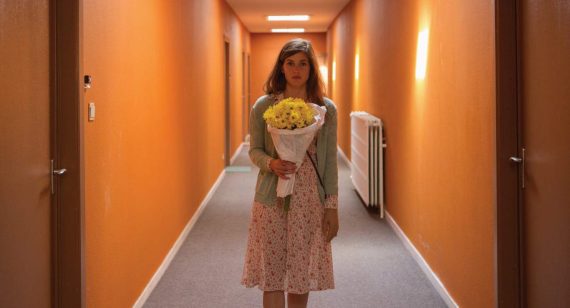 The script is excellent, blending quirky humour with genuine emotion to create a beautifully self-contained film. Because of this, the slightly questionable treatment of some characters can be overlooked – one character’s life is completely and unrealistically subsumed by her disability, while another’s gender identity isn’t totally understood by the film. Despite these things, the film’s heart is in the right place, and the filmmakers have obviously tried hard to present a positive, supportive and encouraging world.

The Brand New Testament drew me in with it’s intriguing premise, snappy editing and hugely talented cast. The film is beautiful to look at and satisfying to watch, with an ending that is truly uplifting and perfectly wraps up the story. Not to get too deep, but in a world which is frequently a grey and miserable place, we need these reminders that joy, kindness and self-belief can transform the lives of those around us. Consider me a believer. 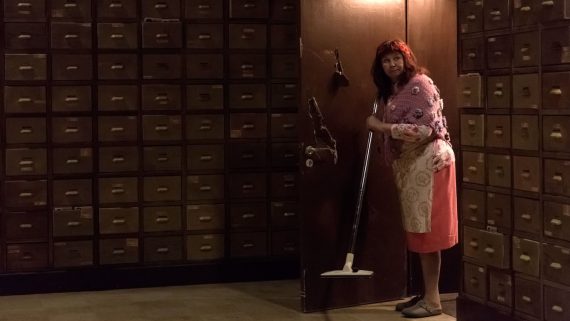 The Brand New Testament is released on DVD on August 8th.