I hosted the latest Weekend of Trash this time for a change, marking the 18th (recorded) get together (previous write-ups can be found in the category archive). The guys didn’t make it down until mid-day on Saturday so it was a bit shorter than usual and my wife was working so we had an extra addition to the ‘team’ in the day time, but we persevered and still had a great time (albeit with an unusual choice of opening film).

So as usual, here are the reviews of everything we watched over a weekend of sleaze, violence and downright nonsense. The reviews are only brief (I’m not about to start writing notes whilst watching movies featuring kung-fu fighting cowboys) and ratings are largely based on entertainment value rather than quality, so take them with a pinch of salt. I’ve included clips and trailers when possible too. 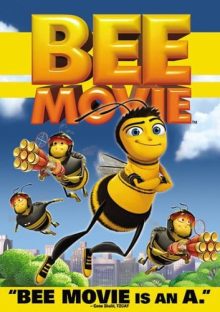 This wasn’t your average movie weekend as the three of us guys were in charge of my 2 year old daughter. So the first film had to be child friendly. We did consider an old 50s B-Movie, but in the end went with something loosely connected but 100% child appropriate, Bee Movie!

It was pretty good actually. It doesn’t reach Pixar levels of quality, but the set pieces are well executed and there are some good lines and gags. The writing in terms of storytelling is weak though. The story is commendably unique but it’s a bit all over the place, jumping between contrived plot point to contrived plot point.

We still had fun with it though and my daughter seemed transfixed, which is what matters. 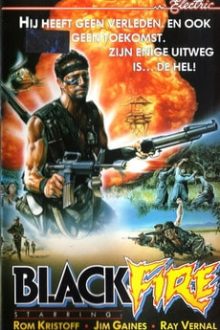 After the uncharacteristic first film of the weekend, we got back to basics with Operation Blackfire (a.k.a. Black Fire). This is your tried and tested exploding hut jungle action movie whose plot I can barely remember and isn’t important so I won’t bother explaining here. It regularly rips off Rambo: First Blood Part II with its exploding tip arrows and general action tropes and is all the better for it.

This is generic jungle warfare of a high standard. OK, high standard might be pushing it, but the opening and closing action scenes are brimming with all the explosive mayhem you need with more class than most Filipino cheapies. Also, our hero is half Japanese which obviously means he’s trained in the art of the ninja, which is an added bonus.

The mid section let’s things down a bit with too much filler and not enough explosions and the lead isn’t the most charismatic of actors, but the awesome finale makes up for it. 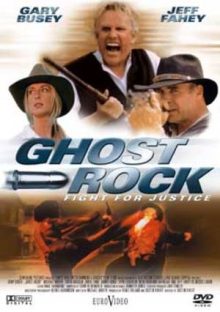 Before I begin my review I must say that I kept nodding off during this film (due to tiredness and an overly comfy bean bag not a dull film) so I’ll be brief and don’t feel I can give it a star rating.

Ghost Rock is a martial arts infused western (yes you heard that right) which sees Michael Worth play notorious gunslinger John Slaughter (yes you heard that right too) who returns to his home town 20 years after he’d fled the scene of a brutal massacre only to find the man responsible now running things (Gary Busey). He must team up with the mysterious and attractive Savannah Starr (Jenya Lano) to finally bring him to justice.

This was a pretty cool spin on the western genre. It shows its low budget from time to time and suffers from a couple of shaky performances, but generally it’s an entertaining romp. Things slow down from time to time and it can be a little ridiculous, but the action is decent and Busey makes a nicely ruthless villain. 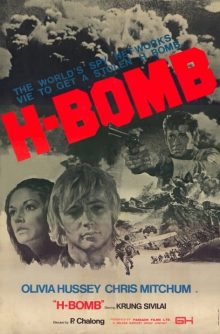 This action movie is a Golden Harvest production shot in Thailand, but with an American lead.

Christopher Mitchum (Robert Mitchum’s son) is a crack secret agent sent to Thailand to investigate a terrorist group thought to have stolen a nuclear warhead. In his investigation he gets caught up with an old flame (Olivia Hussey) whose father is the prime suspect. There’s another group mixed in with it all and some Thai agents, making for a rather convoluted plot that I couldn’t quite follow at 1am.

However, who needs a cohesive plot with an Asian James Bond knock off that’s as fun as this? H-Bomb is an action packed blast. There’s a nicely varied mix of spectacular set pieces all of which are well staged, particularly for the time and have pretty decent production values for the region. Some of the stunts are particularly impressive such as a motorbike driving along the top of a moving train.

There’s maybe a little too much time spent on the soapy relationship aspects, but overall this was exciting stuff. 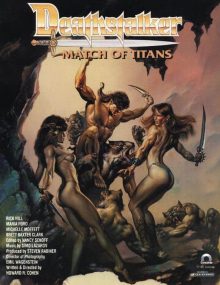 We ended the weekend with possibly the trashiest film, Deathstalker: Match of Titans (the 4th in the Deathstalker series). The plot is pretty flimsy, but involves Deathstalker entering into a fighting tournament to find his special sword. Along the way he meets an attractive young warrioress out to avenge her sister and the two try to get to the bottom of why contestants at the tournament keep going missing. Surely the evil queen hosting the event is to blame, but what is she actually doing and why?

The fight scenes are hilariously bad, with moves too clearly defined and executed so slowly, the stunt people have time to grab a cup of tea before they have to duck the next sword swing.

However, the film gets away with it. Naffness is part of the charm, but also the film knows not to take itself seriously and is quite self aware. It’s a comedy as much as an action film and daft humour runs throughout.

It’s no masterpiece of course, but for low budget 80’s (technically early 90’s) sword and sorcery cheese, it gets the job done and was an appropriate end to the weekend.