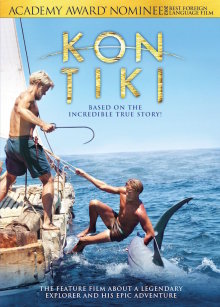 Kon Tiki feels like a timeless adventure film: celebrating the resilience of the human spirit and providing an exhilarating cinematic experience. Not shy of sentimentality, the Norwegian film depicts the fraternal bond of those on board the raft as a necessity in the face of adversity. However, like all relationships the brotherhood is delicate and, in the context of this voyage, rendered particularly vulnerable.

In 1947, Thor Heyerdahl led a crew of six men across the Pacific Ocean from South America to the Polynesian Islands, driven by the belief that people from South America could have settled Polynesia in pre-Columbian times. An exhilarating film to watch, Kon Tiki illuminates the treacheries of the ocean with finesse. Similar to Life of Pi (2012) in the way it illuminates humanitys’ meekness in the face of the epic beast that is the ocean. The ocean is complex in its ability to offer both solace and to render humans’ completely vulnerable to its very nature. In some ways, the raft offers these men the opportunity to sever all ties with life as they know it. For Thor, this means the termination of his domestic responsibilities and the pursuit of scientific discovery, for others it means that the monotonous routine of inadequate work may be broken or it offers the chance for absolution. Living in the immediate shadow of WW2, the perilous scenes out at sea where these men must protect each other at all costs, conjure recent trauma that proves fairly potent.
A visually arresting film that displays myriad picturesque scenes, which are sure to make even the most hesitant traveler salivate at the mouth. The visual feast is matched by the immersive score, which provides a spot on accompaniment. The film was shot in both Norwegian and English, meaning one’s full attention can be directed to the beautiful scenes on screen.  The glossy sheen of the film and endless scenes of heroism mean that Kon Tiki is void of grittier moments that would have perhaps rooted the tale a little deeper in reality, instead Thor Heyerdahl’s story appears more like fantasy. 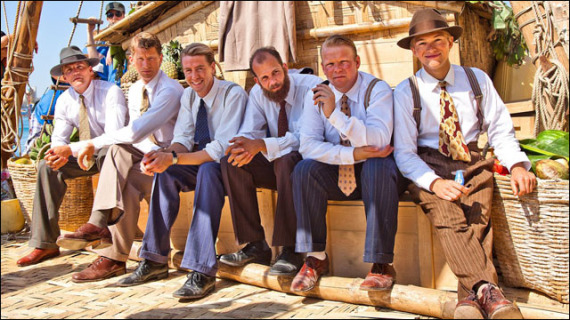 In 1951, Heyerdahl took home an Academy Award for his documentary about the expedition. Given that there is already a realistic account of the voyage in celluloid, it is perhaps not surprising that this most recent depiction is a little fantastical. Kon Tiki is an adequate film on all accounts and is undeniably a visual spectacle, however, it is limited by its inability to truly interrogate these characters or offer anything profound about their circumstances.

Spending 100 days out at sea with no land in sight must be a very strange thing indeed, sadly in this instance much of that strangeness remained untapped. In saying that, Kon Tiki is a competent and enjoyable ocean epic that will satisfy most viewers’ appetite for adventure.