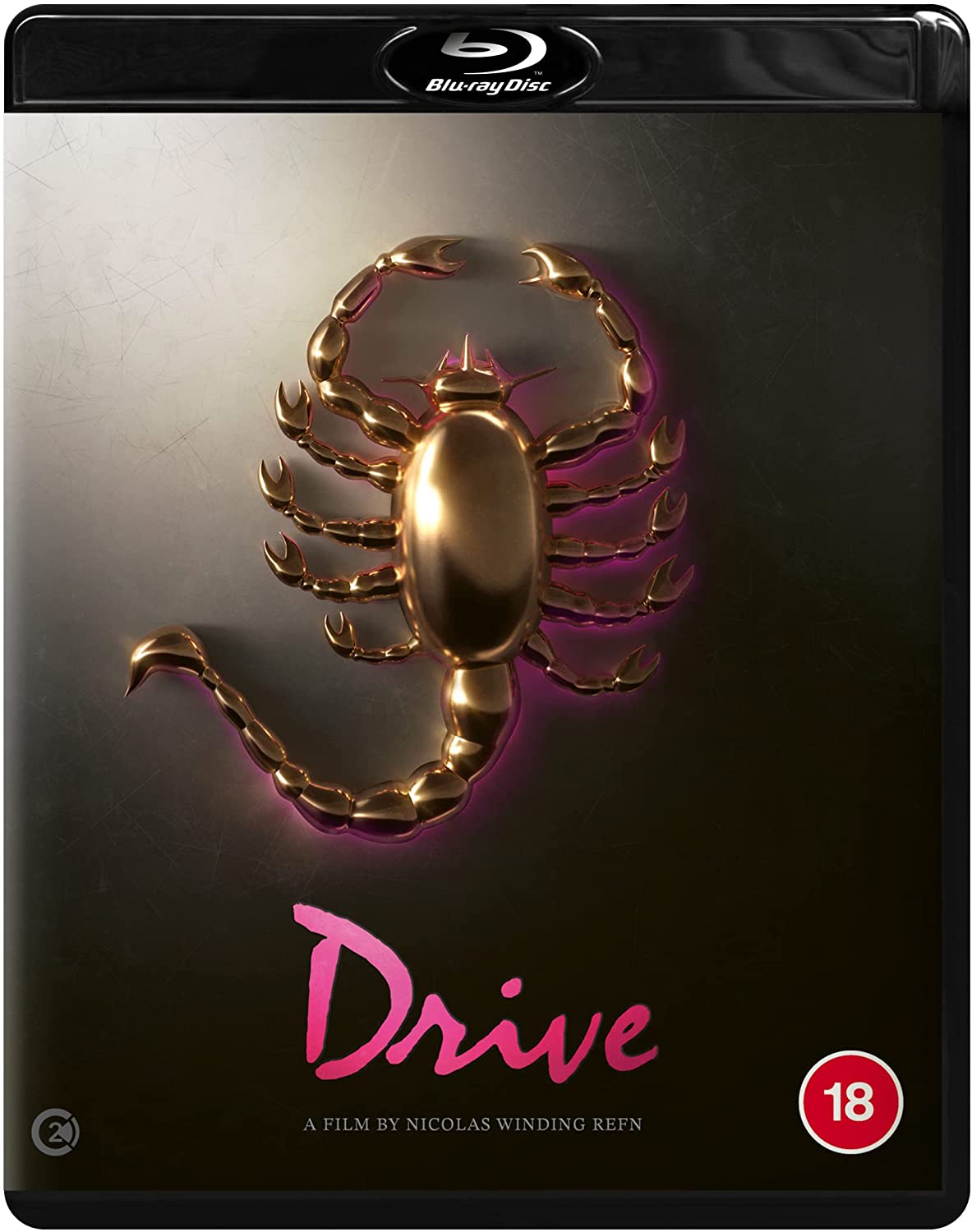 Drive encapsulates the very American and hard to define road movie, that unique existential thriller first seen in the 60s and defined in the 70s, with films as diverse as Two Lane Blacktop, Dirty Mary Crazy Larry and Walter Hill’s The Driver. So simple to almost be derivative of decades of noir before it, Drive is machine-tooled to capture a certain mood which it delivers achingly well, baked in neon. Arguably Nicolas Winding Refn’s least ambitious film, it still has a taste for the surreal and occasional violence.

Despite the title and the history of the sub-genre it channels, this is no fast-paced petrol-head movie. There is so little in the way of traditional car chases, someone even tried to sue the distributors for a misleading trailer. Its theme is fueled by Ryan Gosling’s driver, whose very existence is defined by driving, by being on the edge and just in control, even when he isn’t in a car. He works legally in the day as a movie stunt driver and mechanic for Bryan Cranston, illegally by night as a getaway driver. In between, he merely exists. When he meets lonely single mother Carey Mulligan, the façade cracks, his own strict rules are broken and the mistakes creep in. Her husband (Oscar Issac in an early role) is released from jail and immediately gets into trouble. Gosling helps him, through some misplaced sense of honour and a desire to stay close to Mulligan. This plot could easily be Jason Statham in a Transporter film; fun movies though they are, Drive is in a different class of film. 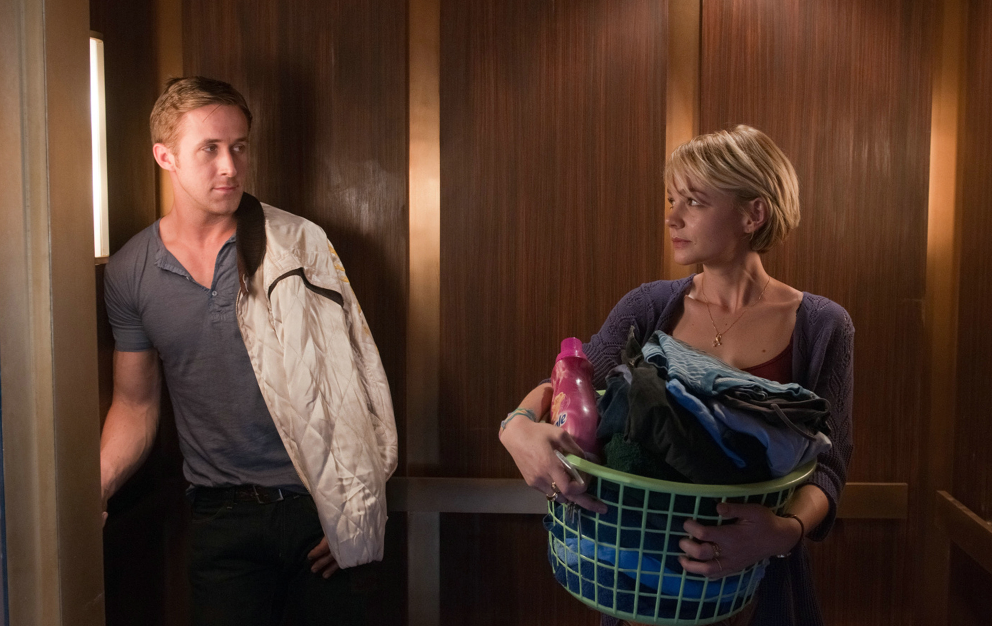 Carey Mulligan is marvellous in an open and brittle performance, somewhat at odds with her previous roles to date, such as in An Education, though she’s built on this since. More obvious characters are the villains played by the always reliable Ron Perlman, and Albert Brooks. Brooks is incredible, considering this is a very different role to what you might usually see him in. Bryan Cranston gives a perfectly balanced performance as an optimistically unlucky chancer. The film, however, belongs to Ryan Gosling; he not only leads the film, he is the film. He is the classical Clint Eastwood archetype, via the silent hitman of Le Samourai and, more specifically, virtually lifted from Ryan O’Neal in The Driver.

Nicolas Winding Refn has crafted a film with a considerable commitment to a sense of time and place, where character dictates pace, not the other way around. It is a narrative film that ebbs and flows with a rare consistency and Refn’s singular vision creates a melancholy nostalgia that is nothing short of addictive. It might be derivative, but it feels fresh. There’s something reassuring and familiar in the genre and it’s how tight the screws are turned in between the beats of the story that’s more important.

Refn may have been heavily inspired by previous films, but if Drive owes a lot to them, it pays off by being a modern keystone of a classic genre, as L.A. Confidential did before it. Gosling so embodies the spirit of this kind of character, that it not only requires a place in this spectrum of movie, it defines the very reason they exist at all.

The look of the film is as singular as the rest of the production. The environment is simple, filmed with a warm, flattened photography from Newton Thomas Sigel. The splashes of stronger colour, not least Gosling’s awesome jacket, bring it to life. Second Sight’s 4K director approved remaster is a noticeable improvement on the previous blu-ray. Contrast and detail are beautifully balanced, whether in the early night sequences or the harsh Californian day.

Probably the biggest hook of all, giving the film its heartbeat, is the soundtrack. From the opening scenes Cliff Martinez grabs you with a low, pulsing rhythm. After the opening getaway sequence, the first ear-worm song undercuts the tension. The spell is maintained throughout and the blu-ray presentation is fabulous across low, high and with dialogue in the centre and clear. The film is pin-sharp in video and audio.

Second Sight are already a boutique label to be reckoned with and the Drive limited edition is a marvellous collection. As well as a new 4K master approved by Nicolas Winding Refn and Dolby Atmos audio, there is a new audio commentary with Refn and critic Peter Bradshaw. There’s also a 70-minute conversation with Refn, editor Mat Newman and composer Cliff Martinez.

Nicolas Winding Refn oeuvre before and since the rather straight-faced Drive tells you he can have an obscure perspective, which comes to light in the extensive material. It’s fascinating though to hear the thinking that went into adapting James Sallis’ book. 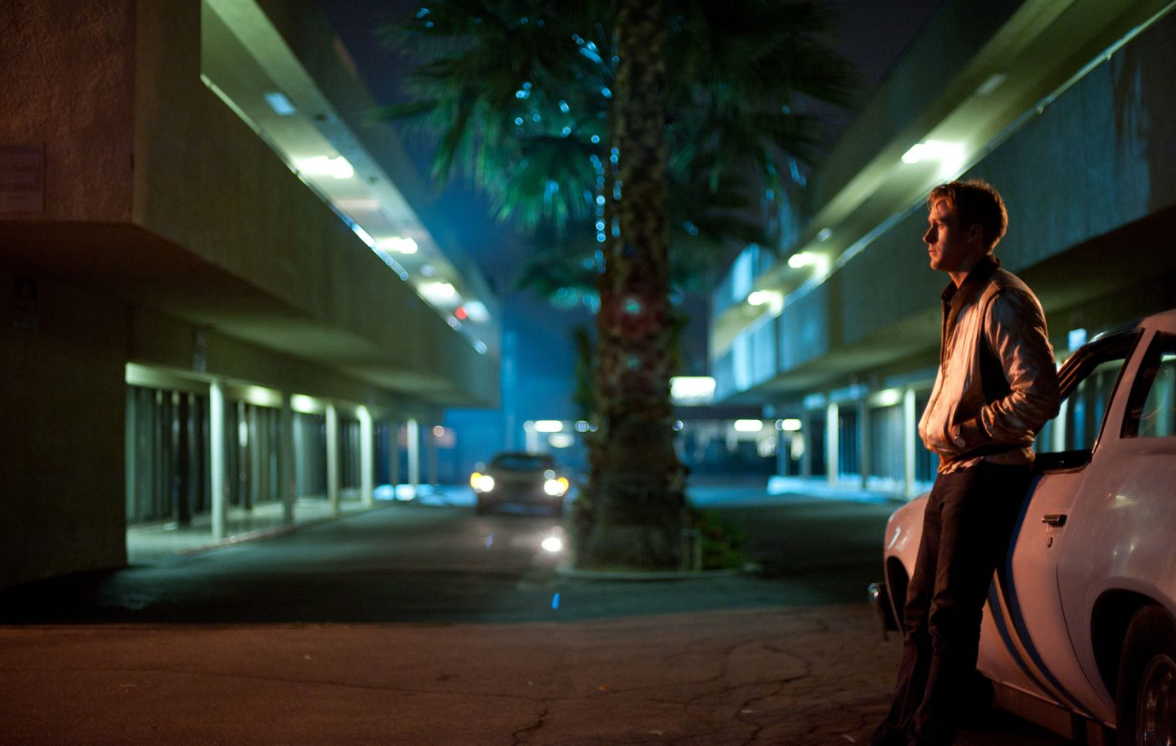