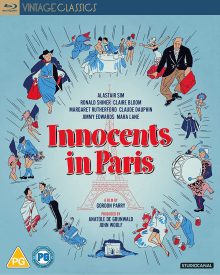 Innocents in Paris is a difficult film to categorise since it’s not really a full-on romantic comedy, but shares many of the same traits. The plot basically follows the ‘adventures’ – and I use that word advisedly – of a group of British individuals who got to visit Paris for the weekend. In one way or another they all find love, or at least some kind of appreciation in the eyes of another, and learn some life lessons too.

Although the film introduces us to quite a few characters initially the film only focuses on a handful of them, these being:

Sir Norman (Alastair Sim), a politician of sorts who is attending an economic conference and later becomes friends (kind of) with a difficult Russian diplomat; Andy the Scot (James Copeland) who gets friendly with a French girl, loses his wallet, accuses her of stealing it, and then apologies, making everything okay in the end; George Stilton (Jimmy Edwards) a bombastic ex-military type who spends all his time in Paris in an English pub listening to the racing and trying to teach the French cricket; Susan (Claire Bloom), who is the typical English Rose, being wooed and seduced by an older Frenchman, Max (Claude Dauphin); Dicky (Ronald Shiner), a drummer in a military band, who ends up helping a hooker and her young child, and Gladys (Margaret Rutherford), a wannabe artist who gets to realise her dream of owning the Mona Lisa painting, well, sort of. 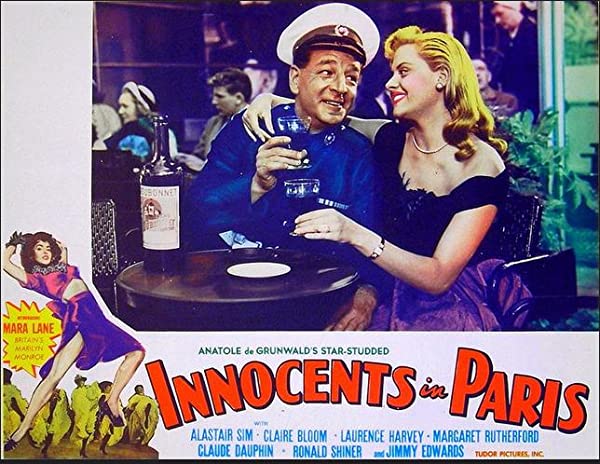 Clearly, director Gordon Perry is having fun with stereotypes here, poking fun at clichéd behaviour, whether it’s the Englishman who goes abroad and then ends up drinking and eating only English food; the Scotsman who puts his money above hurting a lady’s feelings; the naive English rose, who is oblivious to how others (mostly men) perceive her, especially sexually; the eccentric older lady, who bumbles around getting by on her kooky charm; the stern Russian who only smiles when plied with Vodka; and the sly, snail-eating silver-haired French fox, who hangs out near airports and the like hoping to pick up out-of-their-depth foreigners.

Maybe it’s just me, but Innocents in Paris seems a bit too twee, even for the times it was made, despite there being undercurrents of racism, and sexual predation going on. In fact some of the attitudes on display are very anachronistic especially when viewed by todays’ overly woke life lenses. There are a few cringe-worthy moments in between the mostly gentle, genial humour on display. 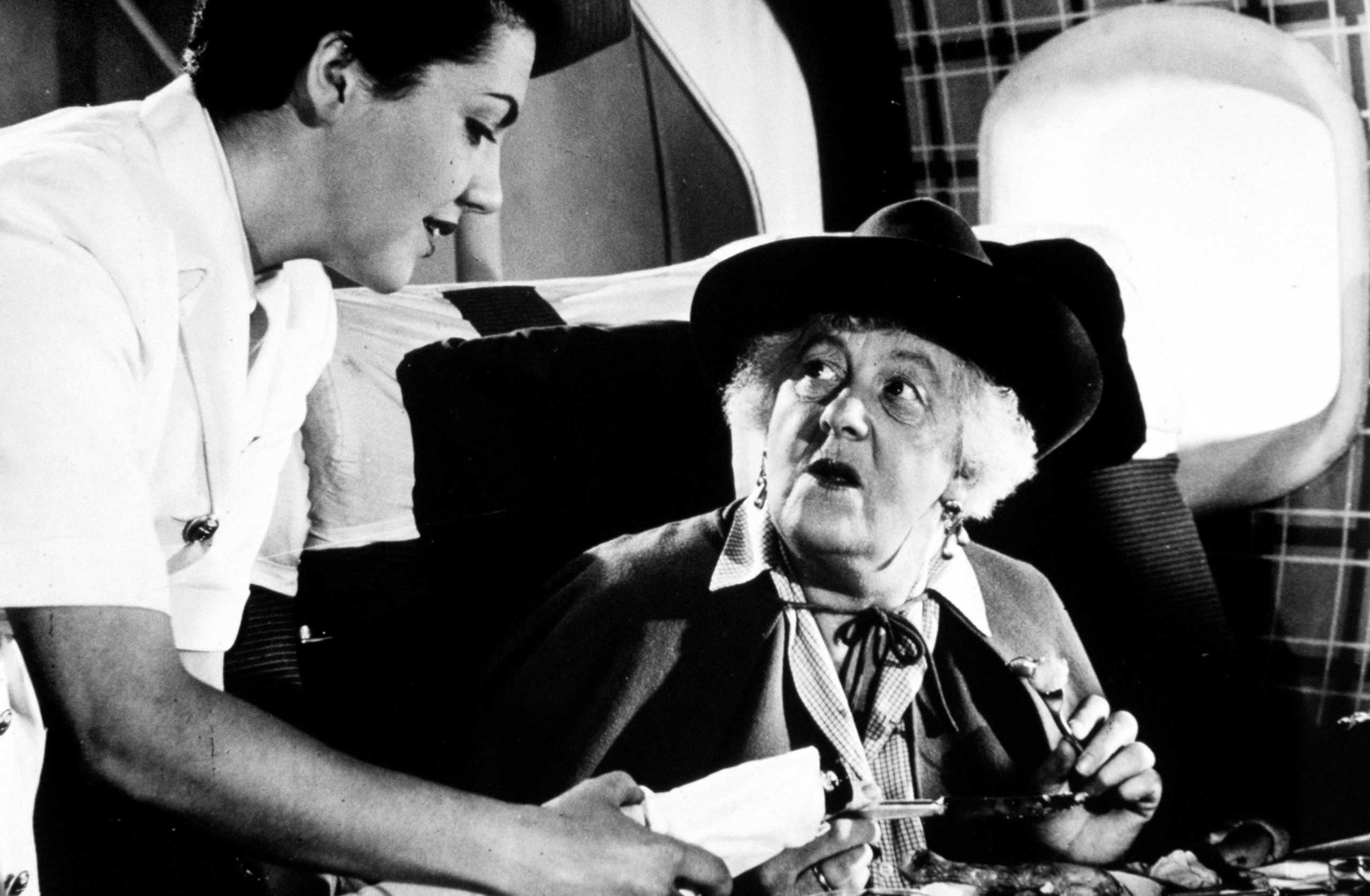 The film is well shot, although the back projections here and there don’t really help matters, and the sound, on this release at least, is decidedly crisp and lively. There are even a couple of notable cameos to enjoy, including one by the late, great Christopher Lee and also, greater still, the incomparable Kenneth Williams, playing a military officer of some kind and a shop clerk, respectively.

Clearly the writer, Anatole De Grunwald, – who was apparently born Russian, the son of a diplomat, and who later studied at Cambridge and in Paris – likes the caricatures he’s making fun of, and he also clearly thinks Parisians are alright too as here they’re all really helpful and friendly. Sadly, not always my personal experience of them!

As a piece of cinematic history, Innocents in Paris is an interesting film, replete with its now dated historical footage of real locations, people and vehicles, but it never really rings true as a comedy and the romantic aspects of it are mostly unbelievable. 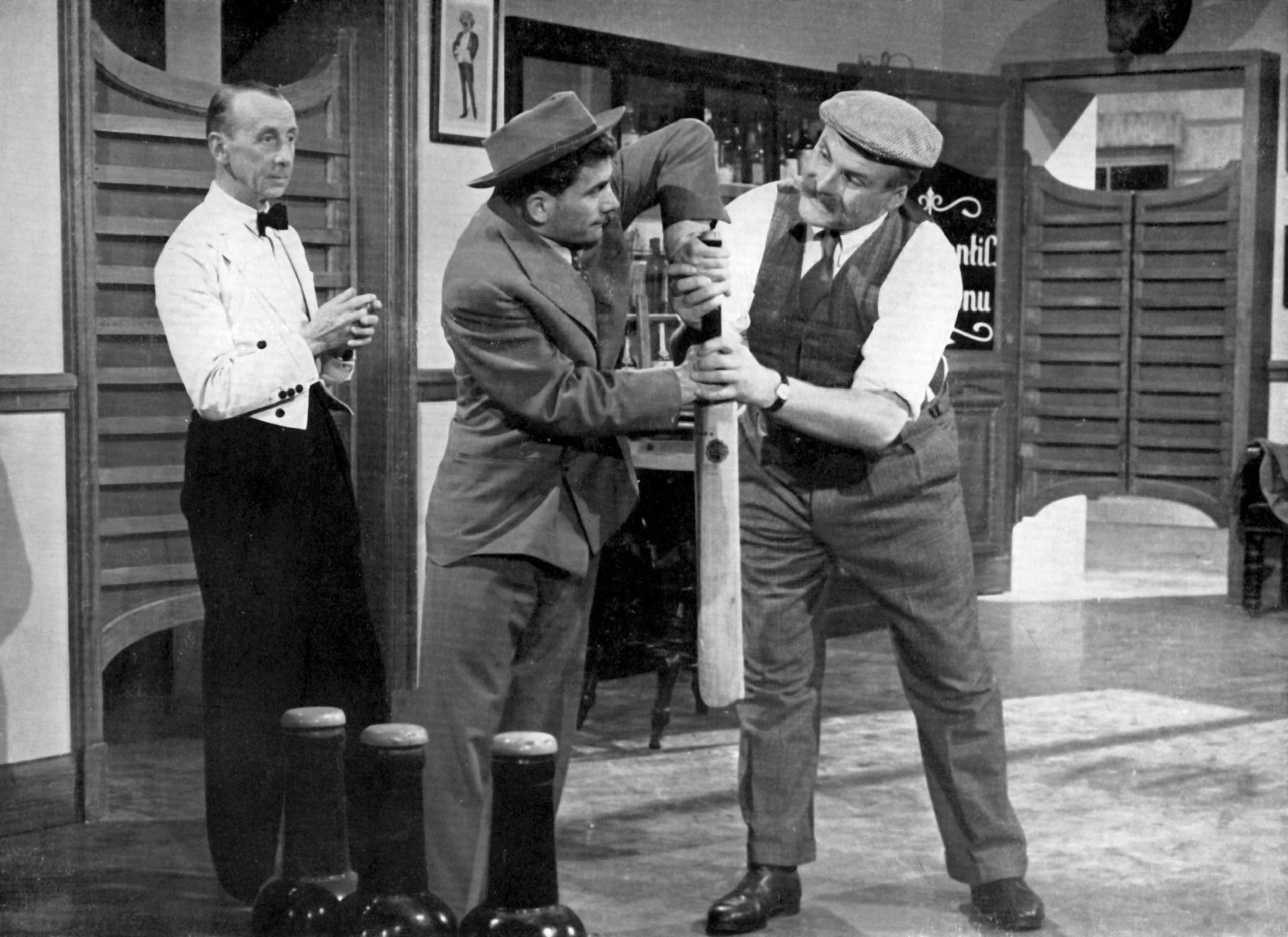 Innocents in Paris is being distributed by StudioCanal on Blu-ray. There are some extras on the disc including:

A weekend to remember (23.54 mins). Agnes Poirier discusses Innocents in Paris, delving into its historical context and also chats about the cast and crew, etc. Agnes discusses the issue of stereotypes, before going off on one about Brexit for a while. Still, there are plenty of interesting factoids here, so it’s definitely worth a watch. 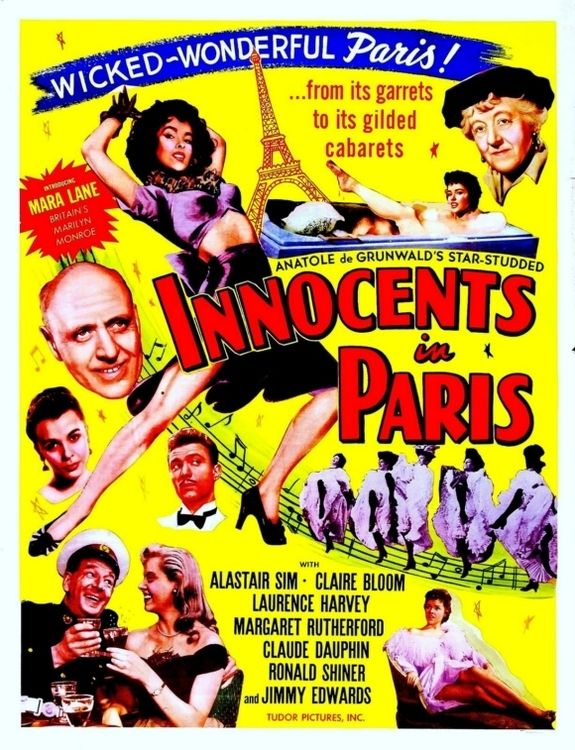