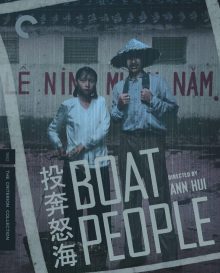 I opened my last review, for Criterion’s release of Pale Flower, describing how its director, Masahiro Shinoda, was a key figure in the Japanese New Wave. Well, released only a week later, also by Criterion, is a film by one of the leading directors of the Hong Kong New Wave, Ann Hui.

After working in TV for a short while, Hui found considerable success in 1979 with her debut feature film, The Secret, quickly making a name for herself in the Hong Kong industry. Among the films she made in this early period between the end of the 70s and the start of the 80s, Hui produced an unintentional ‘Trilogy of Vietnam’. These three titles focussed on issues faced by the Vietnamese people after the war, particularly on refugees and immigrants to Hong Kong.

The first film of the trilogy was Boy from Vietnam, which was made as part of the TV documentary series ‘Below the Lion Rock’. The second was The Story of Woo Viet and the final entry was Boat People. This 1982 film proved the most successful of the bunch, winning 5 categories at the Hong Kong Film Awards, including Best Film and Best Director. The film was originally supposed to be in competition at the Cannes Film Festival too but, at the last minute, it was pulled out of competition, due to the Vietnamese government protesting it (as well as perhaps the left-leaning Cannes cohorts frowning upon a film that criticised a Communist government).

Hui was inspired by the fact that many refugees were coming into Hong Kong after the Vietnam war but locals often didn’t appreciate their individual stories, where they were coming from and why they were forced to leave their homeland. Hongkongers just referred to them as the “boat people”. It’s an attitude that’s sadly still very relevant today. 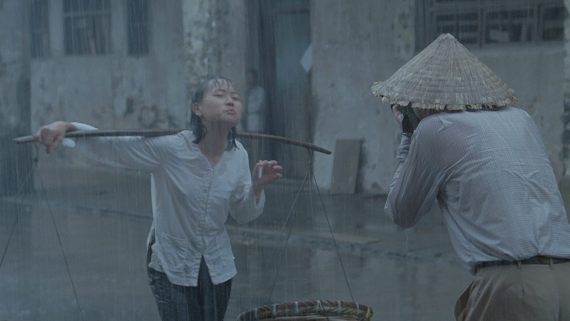 Hui says she started work on the project in 1978, when interviewing a large number of refugees about their experiences and reading a lot of firsthand written accounts, all in preparation to make Boy from Vietnam. The central concept came from a real story she found about a Japanese journalist working in Vietnam.

In Boat People, this person is represented by a character called Shiomi Akutagawa (and played by George Lam). He’s a photojournalist who’s been invited back to Vietnam by the government after casting them in a good light in the past. Officials guide Akutagawa to specially selected model areas, so that he can report back to the rest of the world about how well the country is bouncing back under its reunified Communist rule.

When Akutagawa catches glimpses of the reality behind the facade he is being presented with though, he shakes off his chaperones and spends time amongst the locals. He is guided by a teenage girl called Cam Nuong (Season Ma) whom he is drawn to. She opens his eyes to what is going on in the country. Poverty is rife, with little support or sympathy given to those suffering.

Also, Akutagawa discovers the New Economic Zones, which the authorities were feting as a fresh start to those on the bottom-most rung of society, were little more than prison camps for poor troublemakers. As well as following Akutagawa around Vietnam, we witness To Minh’s (Andy Lau) struggles in and out of these New Economic Zones. 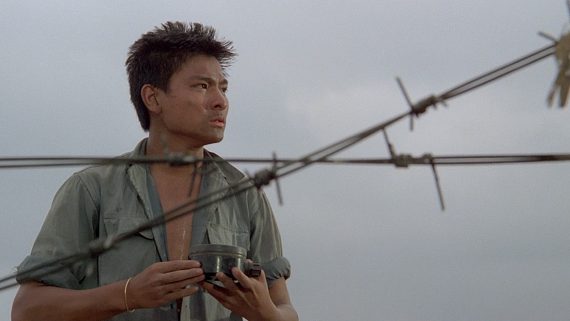 Boat People reminded me very much of The Killing Fields and Salvador, other films unveiling atrocities to the rest of the world, shown through the eyes of outsider journalists. Having seen these prior, I was initially a little held back from appreciating Hui’s film, as it seemed like more of the same. However, Boat People was made a few years before both, so they’re in Hui’s debt.

There’s also a little less of the grand sweep of those films, which I appreciated. Hui keeps the focus largely quite narrow, telling the story of one family and a couple of connected parties. Their story still encompasses wider-scale issues but with a more personal, humanist approach that is very effective.

Cam and Akutagawa’s relationship is interesting and delicately handled too. Cam, beautifully and naturally played by newcomer Season Ma, is forced to grow up fast in order to survive, as her mother is sick and she has two young brothers to look after, but she’s still only a child (she’s 14, if I remember correctly). There’s a connection between her and Akutagawa though and you get the sense the girl thinks the man loves her and can be her partner, but he just wants to help this vulnerable girl that he’s drawn to, through her strength of spirit. He becomes a father figure but Cam doesn’t know how to accept him in this role, having lost her father when she was younger. 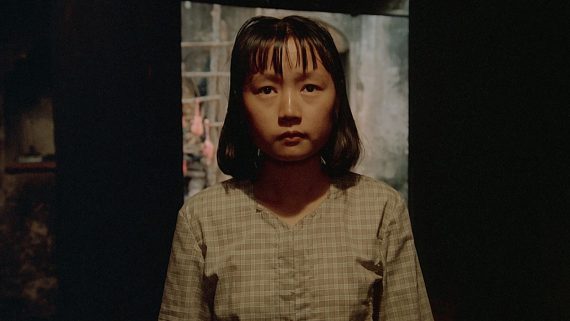 Boat People is still a brutal film though, despite the humanist approach. There are several shocking scenes that are truly horrifying. Rather than overplaying them or fetishising them, as many war films do, Hui keeps them short and sharp. In this way, the sequences give a shock to your system, whilst still being powerful enough to linger in your memory.

My sense of being a little underwhelmed by the most tragic sequences could perhaps be down to the lack of sentimentality though. Music, for instance, is rarely used to amp up the emotional content, leaving you shocked and empty rather than wringing out tears. This approach should be celebrated rather than criticised, as it elicits a more raw and realistic reaction to such horrors. 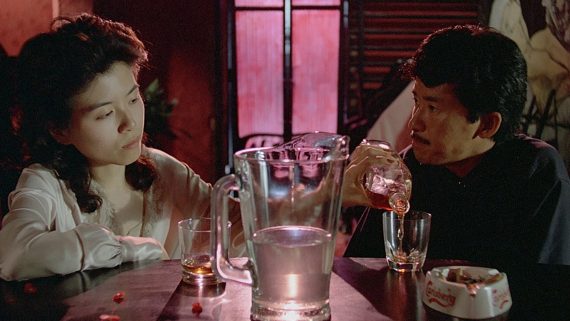 Overall then, Boat People is a tough portrayal of life in Vietnam after the war, but one that thankfully doesn’t push its political message too hard in your face. It’s decidedly brutal in places, but shows enough humanity and glimmers of hope to make it bearable. In avoiding sentimentality it might not give the expected emotional response but it still contains scenes that will sear themselves in your memory.

Boat People is out on 21st March on Blu-Ray in the UK, released by The Criterion Collection. It looks great, with a clean and detailed picture. I found the S’s often distorted on the soundtrack though. That might be an issue with the original recordings but it’s not a particularly strong sounding track.

The film comes with an impressive collection of extra features. These include: 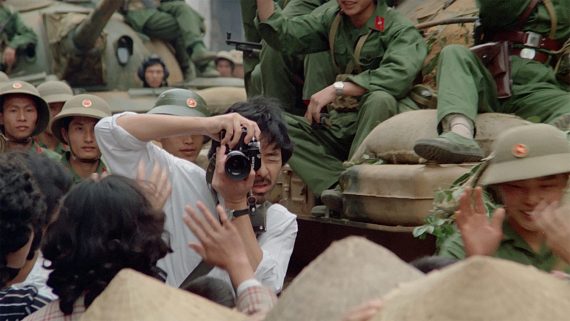 The hour-long As Time Goes By is as much a film about Hong Kong as it is about Hui (aided by the fact it was made in 1997, the year of the handover). She lets a small group of her university friends and her mother tell their stories too. Loose but quite intellectual, it’s an interesting portrait. Beware though, it’s a rough VHS transfer with burnt-in subtitles that are very hard to read in places.

Keep Rolling also tells Hui’s story, but in a more slick and conventional fashion. Running close to 2 hours and featuring interviews with friends, family, colleagues and contemporaries such as Tsui Hark, Fruit Chan and Hou Hsiao-Hsien, it provides a detailed, affectionate and fascinating look at the director’s life and work. It seems very honest, with Hui admitting she’s had her hits and misses throughout her career. There are many clips from her films too, which are great to see. These occasionally reflect her own story, showing how personal her work can be. Also included are clips of Hui at work, showing her to be a tough but likeable leader. Overall, it’s a wonderful documentary that made me eager to dig out more of the director’s films.

The half-hour press conference provides a valuable discussion of the film itself, with some interesting questions directed at Hui and Lam. It takes a few minutes to get going though, with some unnecessary vérité footage of the conference being prepared.

Finally, there’s a 27-minute conversation between Hui and filmmaker Stanley Kwan, who was the movie’s assistant director. Made for this release by Criterion, it provides a rich and engaging look back at the production.