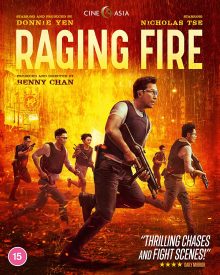 While conducting a raid to arrest a drug king-pin, a police team encounter a group of masked, heavily armed thugs, who not only steal the drugs haul, but also then turn their attentions on them and kill all the attending police officers at the scene. Due to inner office politics, and being sent the raid information late, Inspector Bong (Donnie Yen) turns up at the massacre later on, and is devastated by the carnage he finds. Against the wishes of his seniors, Bong, takes to the streets looking for the gang, determined to take them down, whatever the cost.

To say that Raging Fire is full of clichés is an understatement, but that doesn’t mean the film is inferior because of that. We’ve all seen films of this ilk before, where the maverick cop, distrusted and disliked by the upper management suits, loses a close friend and then goes after the perpetrator of that loss, with a vengeance, but in doing so loses some part of his soul (and it usually is a man) in the process.

Donnie Yen plays Bong as a complicated and compassionate person, but also one with a big, violent score to settle. His nemesis, gang leader Ngo (Nicholas Tse), is equally determined to settle his own score, mostly against the police force that he used to be part of until corruption got the better of him, and until later Bong ratted him out, along with his equally dubious mates. The two even get their own ‘Heat’ moment, when they come together, eye-to-eye, sizing each other up. Although Yen is very good in this, Nicholas Tse is even better, representing the dark side of the same coin with aplomb. In fact, pretty much all the cast are impressive, and do much of their own stunt work; some of which looks extremely dangerous. 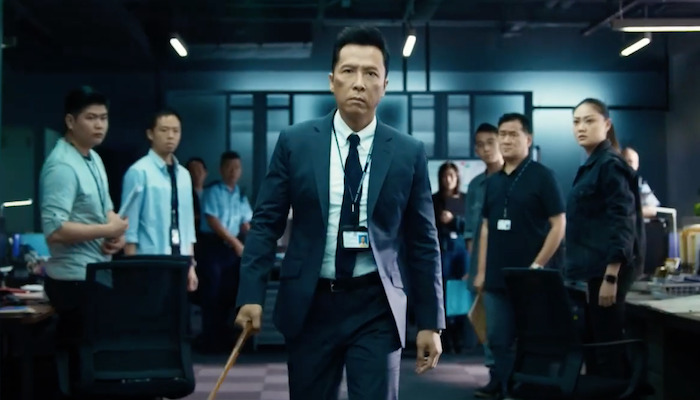 In fact, the plot plays second fiddle to an impressive array of action and stunt-filled set-pieces, which rack up the body count and overall level of violence to quite a high level. Unfortunately, a couple of the sequences are spoiled a little by some dubious CGI, especially during the laughable OTT baby-catching action sequence. It had me giggling anyway! And, just to remind us that the writers and director are both fans of the Michael Mann film Heat there’s even a running gun battle in the street, which is nicely done and very exciting to watch.

While it has its flaws (it’s a little over-complicated at times and a little overlong), Raging Fire still delivers on the action goods and culminates in a doozy of a fight between Yen and Tse that sees them go at each other with a variety of weapons, including some makeshift ones and some nasty butterfly knives.

Overall then, Raging Fire serves as a fitting epitaph to director/writer Benny Chan, who sadly passed away not long after shooting Raging Fire and to whom the film is quite rightly dedicated. 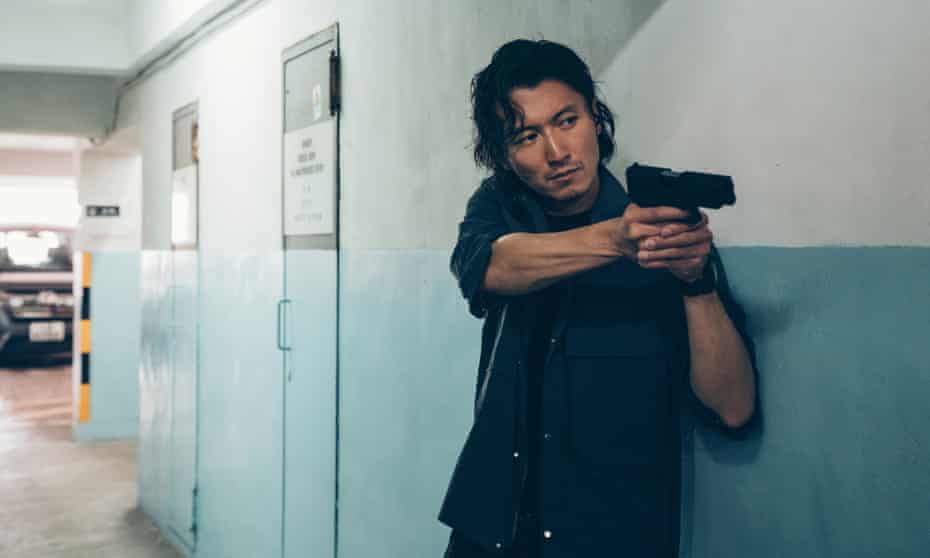 Raging Fire is being distributed by Cineasia on Blu-ray. There are a number of extras on the disc including:

Making of featurettes – 1) Set construction/green screen (2 minutes); 2) mini-interviews with actors including Nicholas Tse, who says: “At least I didn’t have to fall off the rooftops this time!” (2.5 mins); 3) Interview with Donnie Yen, who says Raging Fire feels like “a culmination of all my action films rolled into one.” (2 mins); 4) The main chase sequence is analysed (1 min); 5) Behind-the-scenes stuff (1 min); 6) Interview with Nicholas Tse specifically, who talks about certain scenes and about working with Donnie Yen. (2 mins) 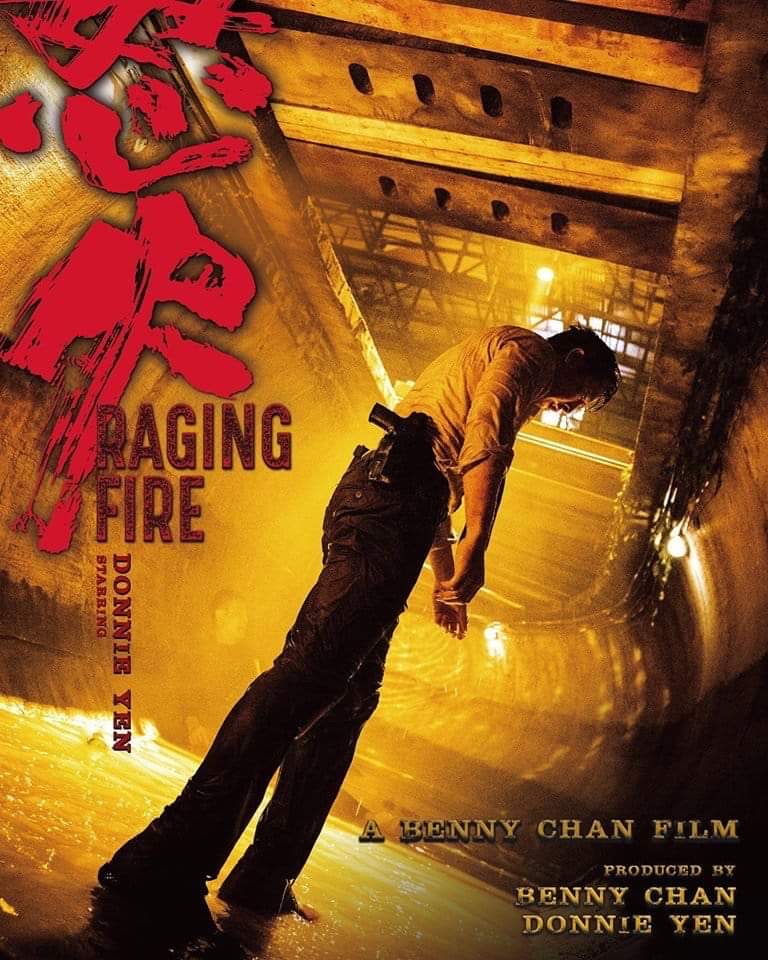