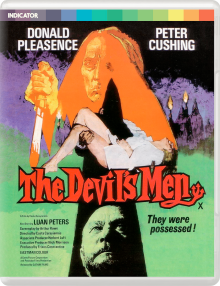 Anglo-American production The Devil’s Men (aka Land of the Minotaur in the USA) sees Peter Cushing playing a Carpathian baron (Corofax) living on a pretty Greek island where he heads up a satanic cult that sacrifices trendy 70s teens and early twenty-somethings to a huge fire-snorting Minotaur statue hidden away in an underground cave system; like you do. Pleasance, meanwhile, plays a priest (Father Roche) who mentors visiting archaeology students about local history and also tries to do battle with the evil deeply embedded within the lovely Aegean isle when some of his young friends get kidnapped by the cult; a cult that seems to include most of the town including housewives, the chief of police and a pre-teen girl who seems to do most of the stabbing during the ceremonies! The priest is aided in his heroic journey by Luan Peters (playing the girlfriend of one of the men who disappeared on the island) and Costa Skouras, who is a New York-based private investigator.

Sadly, despite my having wanted to see The Devil’s Men for a long time, the film turned out to be somewhat of a disappointment for me, actually sending me to sleep at a few points. Not enough of note happens, and everyone involved seems to be in it for the free holiday; not because they want to do a good job. Even the usually dependable Cushing looks bored by the trite dialogue he’s contracted to utter; although he does get to ride around in a Cadillac that resembles a hearse and dwell in a cool-looking hill-top castle. 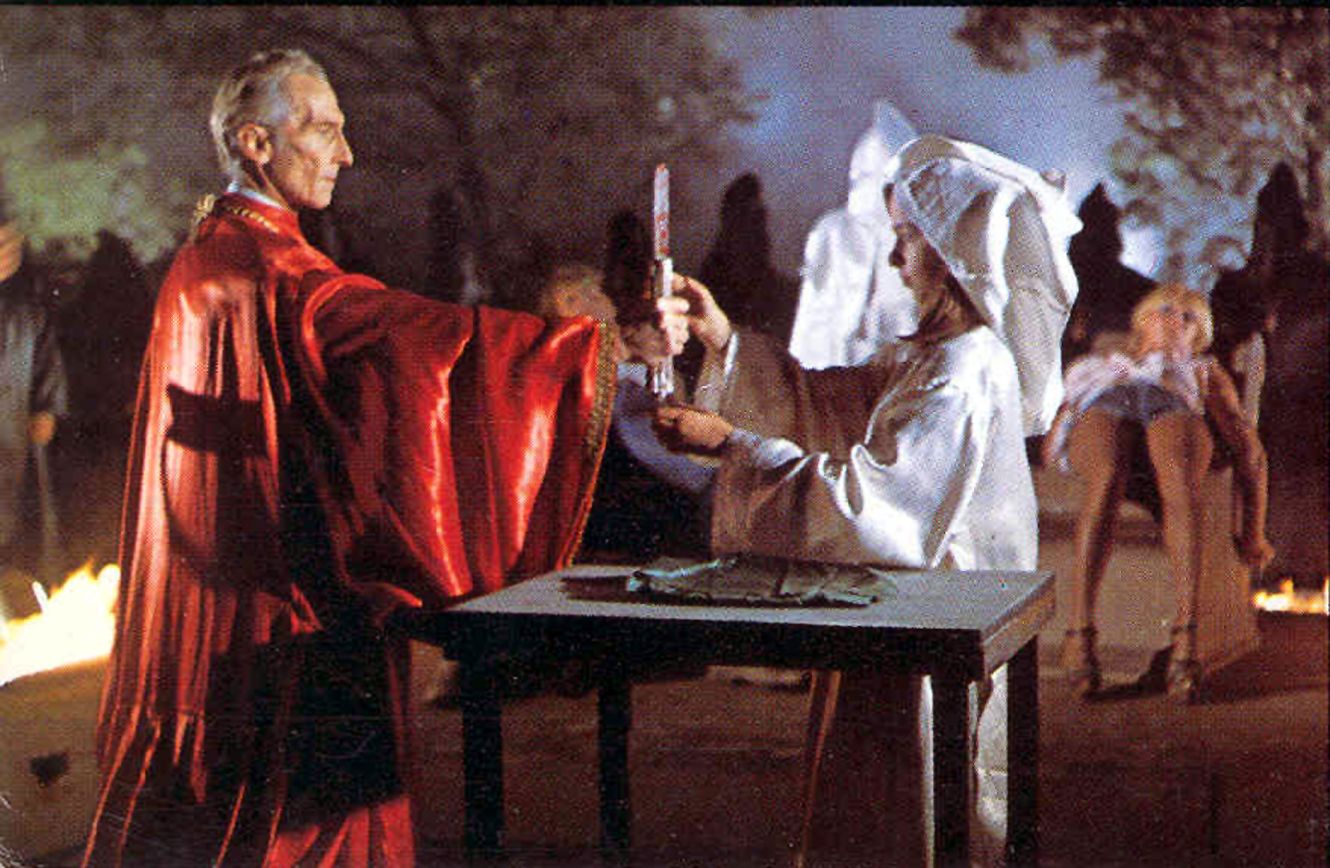 However, two things do really stand out about the movie; firstly the locations, which are impressive, particularly the caverns and the picturesque ancient town on the hill. And, secondly, art director Petros Copourallis most definitely earns his stripes here, delivering an impressive set for the underground sacrificial chamber.

Sadly, the Brian Eno score (yes, that Brian Eno) turns out to be less impressive; much of it sounding like buzzing insects that have possibly been annoyed by some hastily sprayed bug repellent. The music, however, is better than the sound-mix, which relies heavily on badly-looped dialogue.

Director Carayiannis seems to enjoy zoom shots a bit too much and my friend and I soon started playing a drinking game every time such a shot was employed, which was very often! That probably contributed to me falling asleep, if truth be known! (I must hasten to add that, after my initial watch, I did revisit the film, completely alcohol-free this time – to aid in my note-taking – and still found it lacked momentum).

Actually, there are quite a few things in The Devil’s Men that are more laughable than lamentable such as some cheap-looking props, Donald’s dodgy Irish accent (why?), some comedy shots that wouldn’t have looked out of place in an episode of sit-com ‘Allo Allo’ and some bizarrely sped-up footage.

However, the film does end on a high note with a nicely realised explosive (in a body horror kind of way) climax, which is a little reminiscent of Ernest Borgnine-starring The Devil’s Rain from the previous year.

Donald’s closing lines – “But the fight against the Devil goes on, and one day, who knows, maybe I’ll need your help again to rid the world of evil” – hints at a never realised sequel, which I guess we can all be grateful for!

As per usual Powerhouse have presented us with their usual high-class package, with good picture and sound quality, plus some worthwhile extras; it’s just a shame that The Devil’s Men is ultimately one for satanic cinema completists only, me thinks. 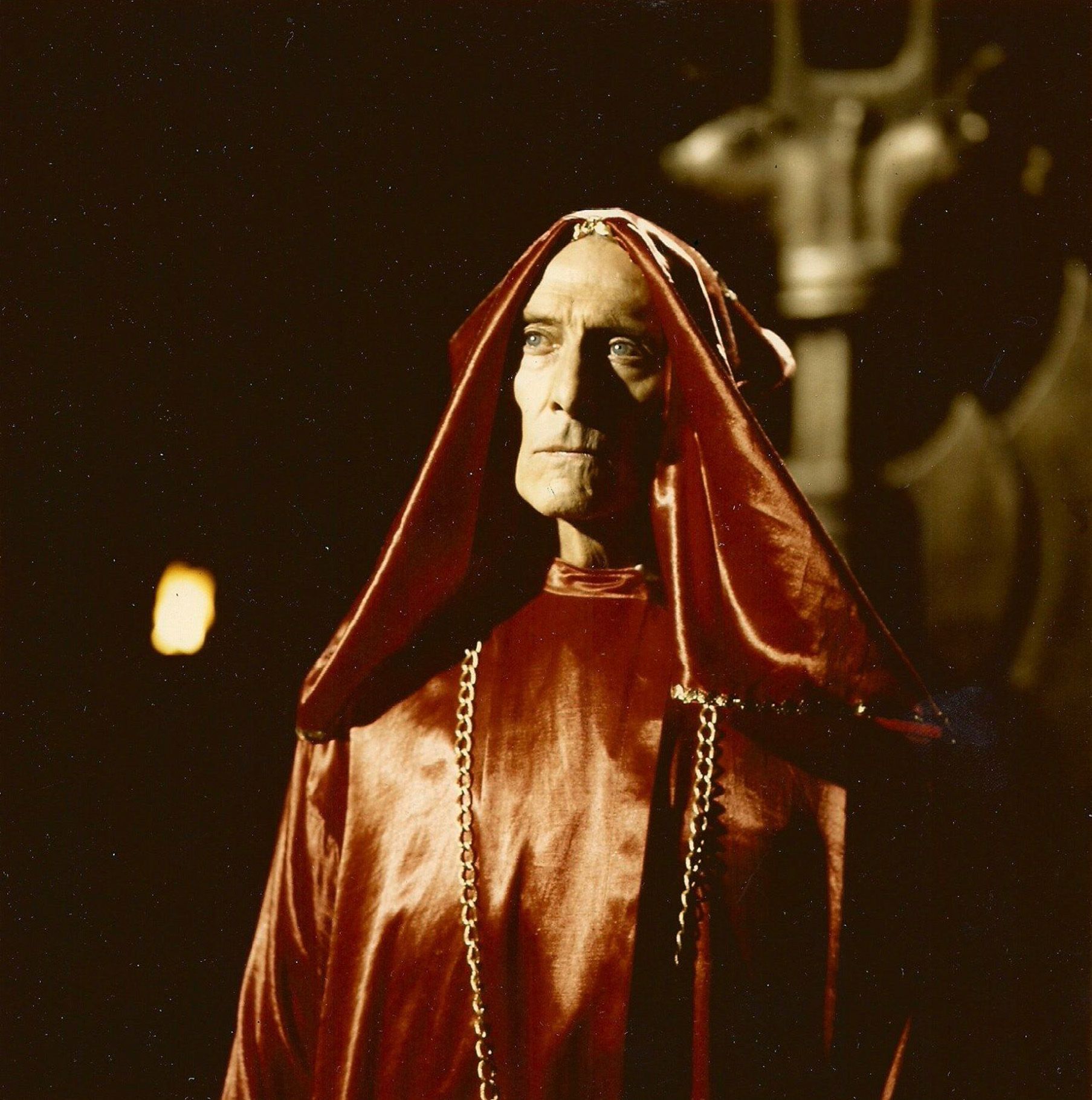 The Devil’s Men is being distributed by Powerhouse on their Indicator label on Blu-ray. There are a number of extras on the disc including:

An interesting audio commentary with David Flint (editor of Reprobate) and Adrian J. Smith (moviesandmania.com) who give some solid background to the film, which apparently was originally called The Devil’s People, and they reveal that Donald Pleasance was actually paid more than Peter Cushing.

The John Player Lecture with Peter Cushing – David Castell hosts this audio-only interview from the NFT back on 21st January 1973. Cushing chats about how he got into acting and how he was originally called Peter Ing, which sounded to many like he was Chinese! Peter is an amusing interviewee.

Frixos Constantine: This life and the next (8 mins) –The film’s producer talks about the making of the film and what he thought about the stars and about musician Brian Eno;

Land of the Minotaur trailer (2.5 mins) – This makes the film look a lot more exciting than it is – so it does its job! 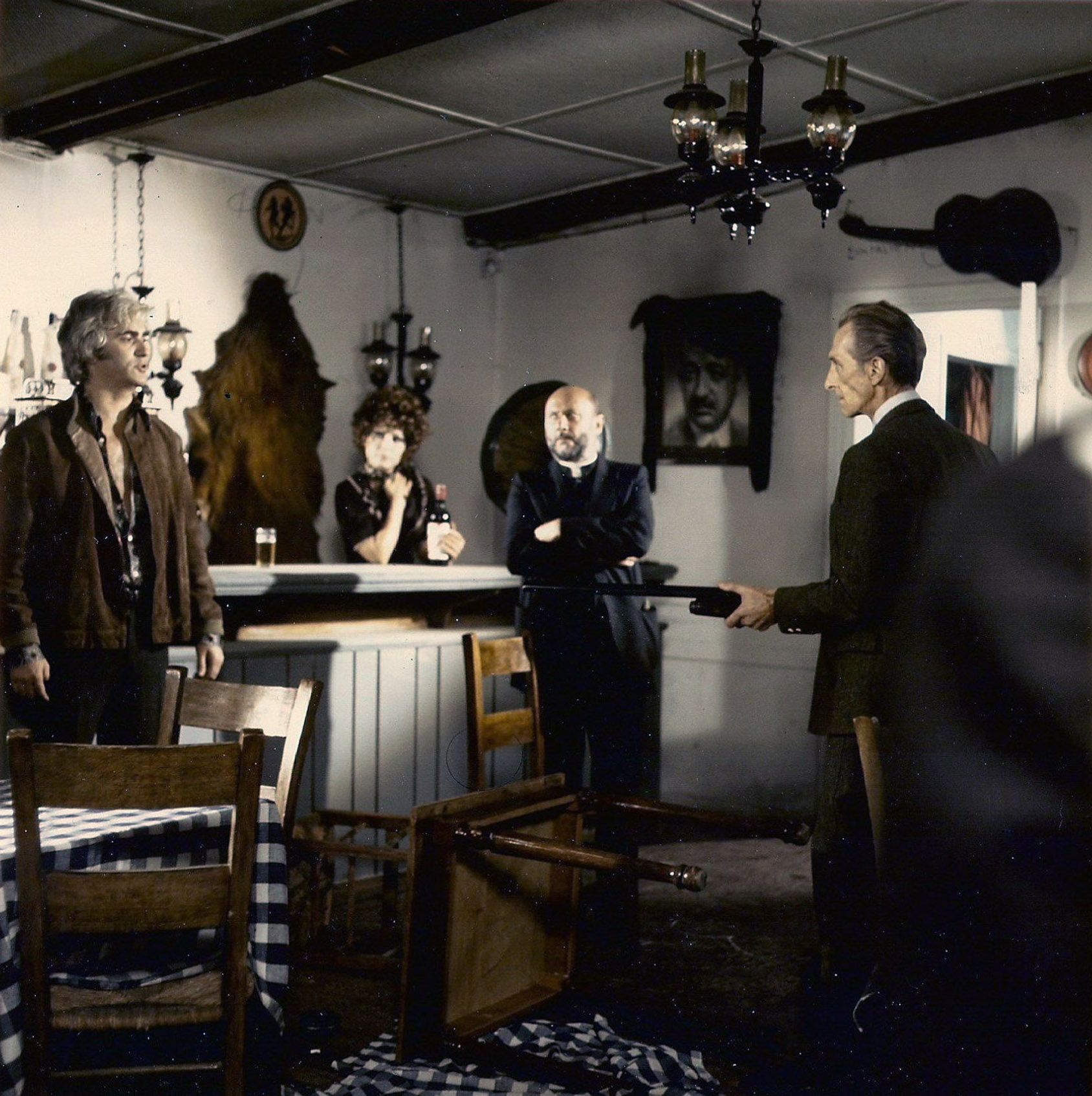