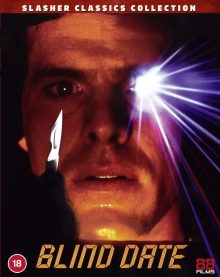 Sadly, nothing related to the Cilla Black TV series of the same name from years gone past – that was way scarier than this very mediocre ‘slasher film’ from the mid-eighties. A shame really as this film has some good, quite innovative ideas, but lacks the budget and talent to really make the most of them.

Jonathan Ratcliff (Bottoms) is an American ad executive working in Athens. He’s pretty happy with his life, especially his new relationship with his sultry secretary, Mary (Alley). Then, at a photo shot, replete with lots of bikini-clad babes, he sees an old acquaintance, who, years ago had been gang-raped in front of him and he’d been unable to do anything to help her. He becomes obsessed with trying to ascertain if she really is who he thinks she is so he starts stalking her, even spying on her and her boyfriend making out at a well-known beauty spot. The boyfriend spots him watching them and gives chase, and, in the dark Jonathan runs into a tree branch knocking him unconscious. When he wakes up he finds out that he’s now blind, but help is on hand when a cutting-edge surgeon offers him a new high tech treatment, which has them installing a special chip into his head so that he can ‘see’ again, but only in very basic computer graphics, graphics that resemble something out of an old Atari system! 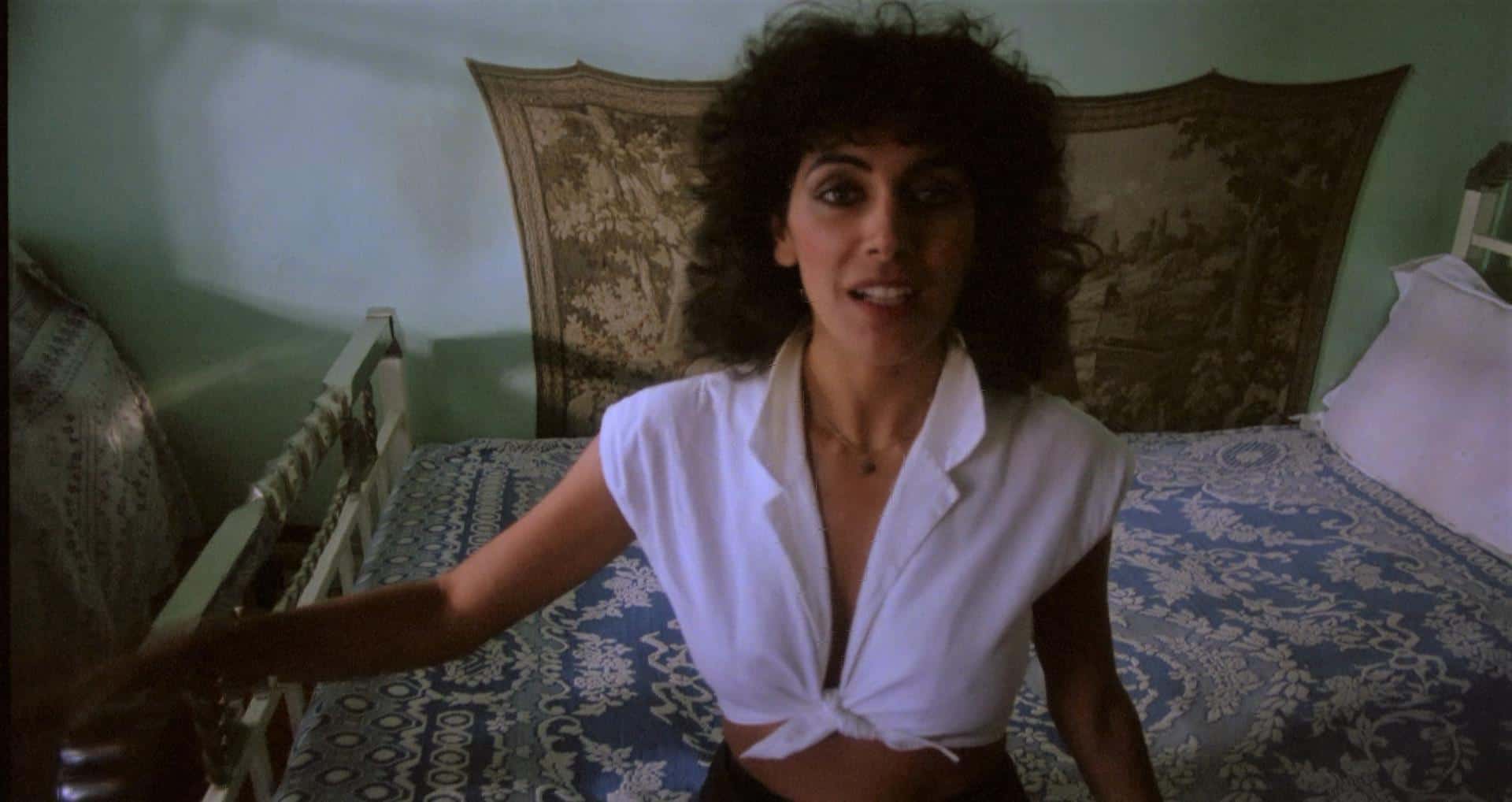 Meanwhile a serial killer is on the prowl, getting off on kidnapping attractive young women, then stripping them naked, before marking them up with a marker pen ready for him to cut them up with his scalpel, but only off camera. The killer drives around in a taxi and uses this mode of transport as a handy way to spy on his victims too.

Eventually, after lots of pretty pointless scenes, these two story threads converge and the tales culminates in quite a cool final act; well, by cool, I mean at least something of note happens during the final reel!

I have to admit that despite me having reservations about his films I still enjoy watching Mastorakis’s movies. I enjoy the Greek locations and the general enthusiasm that emanates from them, mirroring the filmmaker’s own excessive energies. 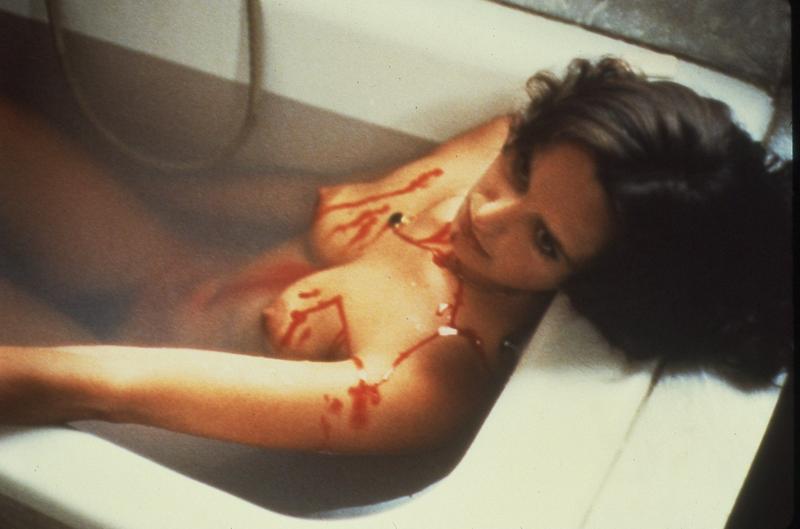 On the plus side, we get to see lots of attractive female flesh (including Alley’s only topless scene) and some interesting locations, and the now very dated computer graphics are quite fun to chuckle at too. Plus, the acting is mostly reasonable with the leads acquitting themselves well enough; well, at least not to irritate. It’s also nice seeing some of the retro clothing and gadgets – check out the size of one of the phones being used!

On the negative side, the film is somewhat meandering, and takes an age to get to the beginning of the real story, and there’s some bizarre plot decisions such as when Alley’s character gets out of a perfectly good taxi, miles from her destination, only to then run barefoot down the middle of a street to get to where she thinks Jonathan is. Yes, it provides a cool shot for the trailer, but makes very little sense! Sadly, Kirstie Alley is somewhat wasted anyway, and isn’t really given much of consequence to do. And, for a so called ‘Slasher flick’, Blind Date is surprisingly bloodless and probably has more in common with some of the tamer giallos than their American stalk and slash counterpoints.

Fortunately the threatened sequel, which is mentioned in the end credits as being called Run, Stumble and Fall, never materialised, although that might have been a little joke by the director; who knows?

In summary, although Blind Date has a fairly original premise and tries to bring in some funky technology to aid our hero in finding out who the killer is, it never really gels together, as a whole, leaving us with a mostly bloodless thriller, with few thrills.

However, 88 Films are to be commended on dragging the film out of obscurity and giving it a newly restored 4K remastering, taken from the director’s own original camera negative, which basically means that the picture quality is very good. 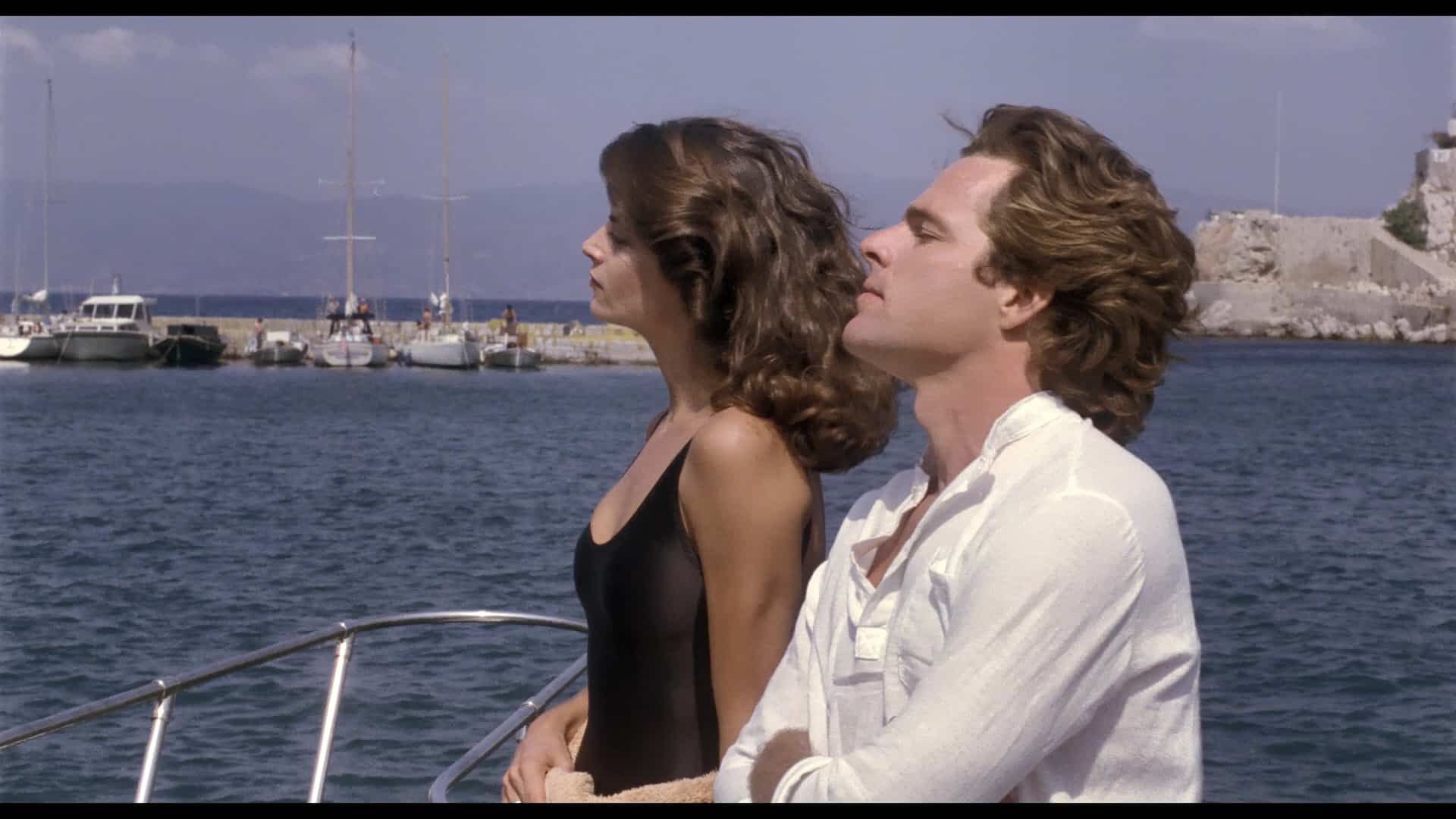 88 Films is distributing on Blu-ray. There are a bunch of extras on the disc, which include:

The Films of Niko Mastorakis – An over two and a half hours long archival documentary about the film director and his films, narrated in his own words and with plenty of cool behind-the-scenes footage and interviews. This is split into four parts and runs chronologically throughout his lengthy and varied career. It’s probably worth buying the Blu-ray for this feature alone since, if you’re a fan of indie filmmakers and interested in the film industry in general, this is really fascinating stuff.

Original trailer (1.40 mins) – A nicely cut trailer with the cheeky tagline of ‘you won’t be coming home in one piece’! Sadly, with the lack of blood and gore in the film, you probably will!

Stills Gallery (5.31 mins) – Consisting of mostly black and white production stills and sadly no posters. This is still worth a gander though.

Post cards – Four glamour photos of some of the women from the film.

Music Videos (6.24 mins) – Two music videos, both featuring shots from the film. One is a song featured in the film and the other showcases the main theme by Stanley Myers; Mmm, I wonder if he wears a William Shatner mask in his spare time? 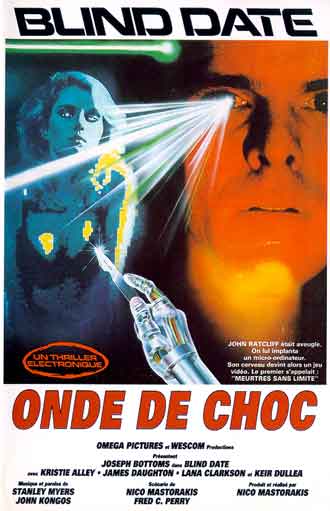