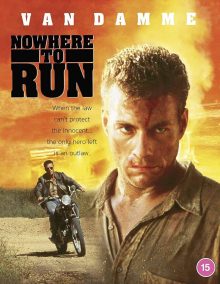 Though I was an action movie fan from an early age, I never watched many of Jean-Claude Van Damme’s films. I think I was already a bit of a movie snob back when I was a teenager and JVCD’s films never received any critical acclaim in the same way some of Schwarzenegger and Stallone’s did. My nerdy insistence that anything that got less than 4 stars in Empire wasn’t worth watching meant whilst I checked out True Lies, Terminator 2 and First Blood, I didn’t give titles like Double Impact or Bloodsport a chance. Over the years, however, I’ve learnt the critics don’t always get it right though and certain films can still be immensely entertaining, even if they don’t have hidden subtexts or witty scripts. So, I’ve been slowly working my way through some of the 80s and 90s action ‘classics’ as I’ve matured.

Next up is Nowhere to Run, which is being released on Blu-ray by 88 Films, as part of their rapidly expanding ‘JCVD Ultimate Action Collection’.

The film opens with Sam Gillen (JCVD) escaping from a prison van with the help of his partner, Billy (Anthony Starke), for who Sam was doing time. Billy is killed during the escape and Sam goes on the run, hiding out on land owned by the widowed Clydie Anderson (Rosanna Arquette).

Whilst sneaking up to the house to steal provisions, Sam bumps into Clydie’s son ‘Mookie’ (Kieran Culkin), who takes a shine to the stranger. Through this connection and his sneaky trips to the farm, Sam discovers Clydie is under pressure to sell her land by the wealthy developer Franklin Hale (Joss Ackland). She refuses to budge and when Hale sends goons over to threaten and attack her, Sam steps in to help. 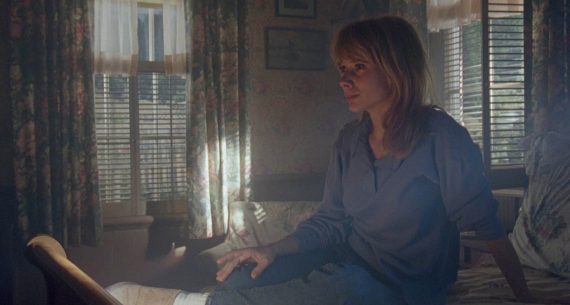 Clydie and Sam grow close after this, though the former’s spectre of her husband looms over the pair. Also stirring up trouble is Sheriff Lonnie Cole (Edward Blatchford), who loves Clydie but is pushed away once Sam enters the scene. Cole is in league with Hale, so contributes to the threats but doesn’t want to hurt Clydie, only Sam.

During all this, the mysterious stranger does his best to help whilst keeping his fugitive status a secret. These are tasks that can only be kept up for so long.

I was expecting a straight-up, unpretentious, mindless series of punch-ups and one-liners but, actually, it’s a fairly serious story of a woman trying to protect her land and a mysterious stranger that comes to her rescue. Whilst the action junkie in me felt a little let down then, the nerdy film scholar in me appreciated this modern retelling of a popular western storyline. 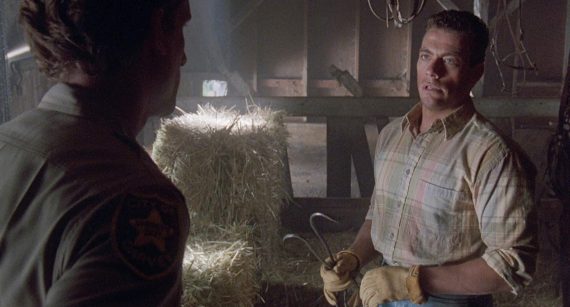 Yes, if the plot sounds a little over-familiar it’s because it’s been told a dozen times in various classic westerns, most famously in Shane. As such, it’s a rather predictable, unimaginative tale, but an effective one nonetheless that hits all the appropriate dramatic cues.

Helping sell this traditional story are the actors. JVCD might not always give the best line deliveries (due, in no small part, to English not being his mother tongue), but his reactions and body language are most effective, so he does a surprisingly good job in the role. More impressive, however, is Arquette. A hard-working (she has 155 IMDB credits), reliable actress, she’s excellent as the troubled single mother, fighting for her rights. She may be introduced with a totally gratuitous nude scene, but she otherwise makes the most of a part in a film that, at first glance, is a cheesy action-star vehicle. 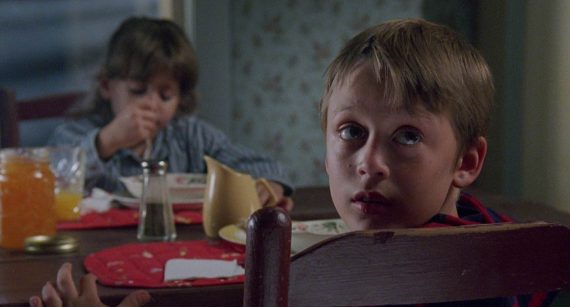 The young Keiran Culkin isn’t bad either, once again proving he’s the more talented member of the Culkin clan, despite his brother’s early fame. His ‘Mookie’ is rather cutesy, but he does a better job than most child actors of his age trying to do the whole ‘looking for a father figure’ schtick.

Speaking of the kids in the film, there are a couple of weirdly inappropriate gags surrounding Clydie’s children and Sam’s naked body, most notably his penis, which is discussed in a dinner-time conversation. The scenes are intended to be innocent enough, but they’re a bit odd and probably wouldn’t pass the script stage today. 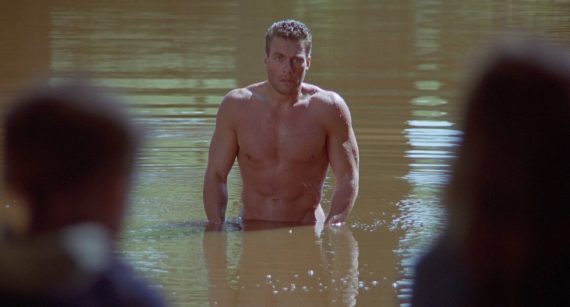 Looking at what most of you will be interested in when reading a review of a JCVD film though, the action, Nowhere to Run comes up pretty short. After an impressive opening sequence where Sam escapes a prison van and his friend is killed, the film takes things down several gears for the bulk of the running time. We do get a few fight scenes when Sam fends off Clydie’s attackers, but these are fairly brief and not that exciting.

Things do pick up for the finale though. There’s an impressive motorbike versus horseback cop chase that reportedly wasn’t originally written into the script, but forced on the film by its producers to up the action. It feels slightly tacked on perhaps, but is a well-executed sequence that I enjoyed. The final showdown that follows this is pretty decent too. 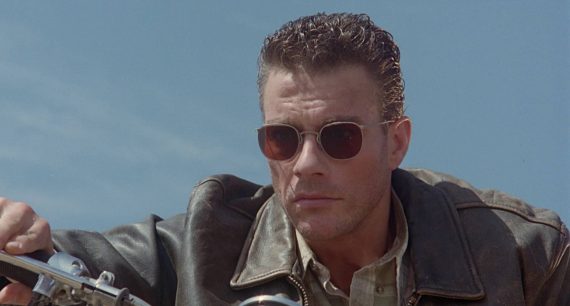 On a technical level, the film is also quite impressive. It’s nicely shot, overdoing the smoke a little in places (for atmosphere), but making good use of the rural American locations.

So, though Nowhere to Run is maybe a little slow and sappy for those looking for an action fix, as a modern stab at a classic western storyline, it’s not bad. The film rarely surprises but it’s well-performed and shot, and delivers drama where it counts. Solid stuff overall, then.

Nowhere to Run is out on 15th February on Blu-Ray in the UK, released by 88 Films. Order it here. The picture quality is fantastic, with a sharp, detailed look and pleasingly natural colours and grain. I’ve used screengrabs in this review to give you an idea of what it looks like. Audio is crisp and clear too.

It’s one of 88 Films’ weaker releases in terms of special features, but Peter MacDonald’s short interview is illuminating and honest, describing how he was asked to add some action to the film which originally had very little. The producers insisted on inserting them to bank on the film’s star. MacDonald tried to get Robert Harmon to work with him on the scenes but the director was against them and wouldn’t back down, so MacDonald ended up directing them himself.