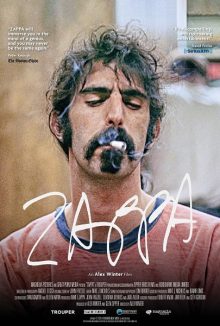 Frank Zappa’s music is often thought of as needing an ‘acquired taste’, never fitting into a clear genre and too ‘out-there’ for mainstream listeners. However, he had, and still has, a large, hardcore fanbase. What they recognise in Zappa’s music, is an extraordinary skill for composition, taking in a wide variety of influences to create something truly original. This could make for difficult listening at times or, when paired with the jokey, occasionally adolescent lyrics in his songs, could often appear like frivolous comedy skits.

If you can look between the ‘wackier’ side of Zappa’s more well-known releases like Valley Girl though (his only big hit single), you will discover complex, fascinating work that relentlessly shunned convention and popularity. Zappa also often skewered popular culture and politics in his lyrics and through lampooning pop-music styles, most notably in his 1968 album ‘We’re Only in It for the Money’. Moreover, Zappa was incredibly prolific, releasing a veritable river of wildly unique music over his near 30-year recording career, not to mention directing films and designing album covers. 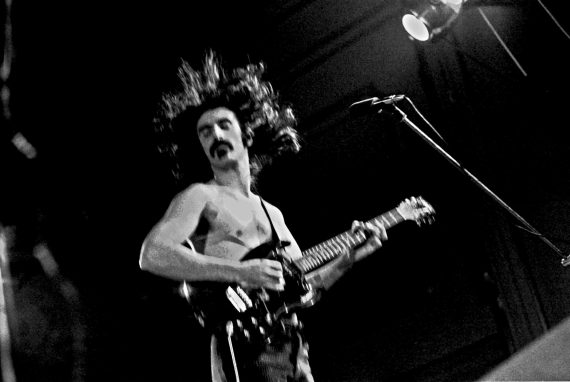 With all that in mind, Zappa, in my opinion, is one of those artists who can be truly be called a genius. Though I enjoyed the copy of ‘Hot Rats’ I bought back in my teenage years, I only recently started to get properly into Zappa’s music, digging deeper into his back catalogue during the past year or two (though I’ve still got a long way to go).

As such, the release of Alex Winter’s (yes, Bill himself) documentary Zappa comes to me at the perfect time. As soon as I was offered the chance to review it I eagerly requested a screening link.

Surprisingly, given Zappa’s notable following among many artists, critics and fans, Winter’s documentary is (reportedly) the first official, all-access film to be made about his life. Given the blessing of Zappa’s family estate (bringing one of Frank’s sons, Ahmet Zappa, on as co-producer), Zappa is largely made up of material from over a thousand hours of mostly unseen archive film and audio recordings from Frank’s personal vault. 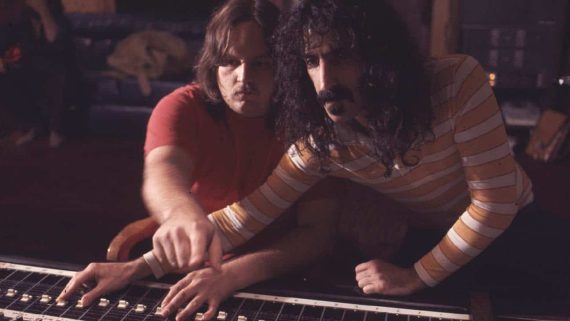 Before making the film, Winter and producer Glen Zipper set up a crowdfunding campaign to help preserve much of the material in the vault, as it was beginning to deteriorate. It’s a good job they did too, as there’s some remarkable footage, showing the vast range of work Zappa did over the years, as well as offering personal glimpses into his life.

Not only do the archive clips make the film a treat for Zappa fans longing to see more of him in action, they are also used to allow him to tell his own story for the most part, by using a range of period interview clips. There are quite a few newly recorded interviews too, helping put the story in context and gain some outside perspective. However, thankfully, the contributions are restricted to a handful of close collaborators and family members. So, though there is some hero-worship here, it’s not one of those cases where various supposed fans of an artist are carted out to gain themselves some extra publicity while they spew out praise, noting how they were inspired by the artist in question without offering much real insight. Instead, we get some touching and illuminating tributes that aren’t afraid to point out Zappa’s faults. For one, he was a famous perfectionist who had little time or sympathy for musicians in his bands that couldn’t play his exceptionally difficult music exactly how he wished it to be played. The film doesn’t shy away from his sexual promiscuity whilst married either.

A couple of the contributors also very effectively highlight the quality of Zappa’s compositions through low-key new performances for the film. Ruth Underwood is particularly vocal in her admiration for his skills and plays one of his songs solo on the piano. It makes you realise that behind the irreverent lyrics and in-your-face intensity of much of Zappa’s work, his music was more akin to respected modern composers rather than pop/rock artists. Similarly, the Kronos Quartet perform a piece Zappa wrote for them and it’s astonishingly good.

Alex Winter, who has been quietly making a name for himself as a documentary filmmaker over the years, here proves he’s more than just the less famous star of the Bill and Ted franchise. Working with such a vast amount of material and covering the whole (albeit it tragically cut short) life of an exhaustingly hard-working artist, Winter does well to weave a clear and engrossing throughline that races along at a fair pace without feeling like it’s skipping over anything. 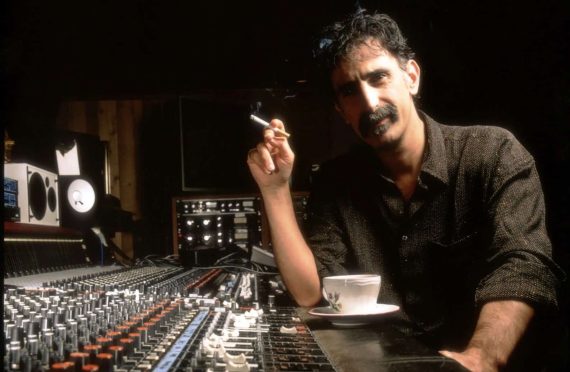 The film has emotional heft as it goes on too. It’s painfully sad to see Zappa in his last couple of years after being diagnosed with prostate cancer. He was always so driven and busy that it’s tragic to see him struggling to fit in those last few dream projects before he died. His last couple of live performances, of material later released in the album ‘The Yellow Shark’, provide a fitting, poignant climax to the film, showing Zappa’s roots in and true love of modern composition as he conducts the Ensemble Modern in Frankfurt.

Overall then, Zappa provides a passionate and affectionate journey through the life and work of an exceptional, one-of-a-kind artist. With a wealth of archive material at his disposal, Winters crafts a rich and engrossing story, letting Zappa tell much of it himself without relying too heavily on fawning fans. As with most great music documentaries, it’ll also have you hitting up Amazon and Spotify straight after viewing, as it’s crammed to the gills with choice Zappa cuts on the soundtrack. Whether you’re a fan of Frank or not, the film is still worth a watch and will hopefully turn non-believers around.

Zappa is out now, available to watch in the UK and Ireland on Altitude.film