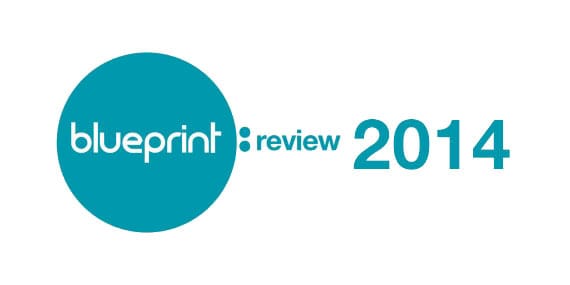 2014 is well and truly done and dusted and as usual we here at Blueprint: Review are a little late in celebrating. It’s tradition that film reviewers mull over the year that was and we’re no different. I asked all of our writers to send me their lists of their 10 favourite films released in 2014 and below are all of those that I received. The dates can get hazy as some readers and writers live in different countries or catch early screenings of films at festivals, but I’m open to interpretation.

Personally I thought that 2014 was pretty good for new releases. Maybe I’m being pickier about what I watch at the cinema, but of the 43 new films I saw last year there were none that I downright hated and only a few that I wouldn’t consider ‘good’. I found it hard to pick my top ten because there were so many films that I liked. Saying that, there weren’t any full on cast iron classics – even my top 2 films had flaws. Then again, how often do we get ‘perfect’ films anyway?

If you’re interested in what I watched over the year I keep tabs of my ongoing film viewing habits over at Letterboxd if anyone fancies following me. It’s a cool site if you’re not aware of it, offering a social network for film geeks and a place to track the films you’ve seen or want to see.

But anyway, enough about my habits. Here are all of our top 10 lists. As always let us know your thoughts in the comments section and feel free to include your own top 10. 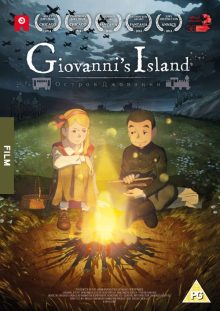 10. Giovanni’s Island
A late entry to my list, this had such an emotional impact on me it had to be here. I felt a little manipulated perhaps, but the film made a mess of me when I watched it and it’s undoubtedly one of the most beautiful animations of the year. The character movement might not always be up to scratch, but the oil painted, textured backgrounds and psychedelic fantasy sequences are a joy to behold amongst the heart warming/wrenching story of two brothers facing life uprooted from their home following WWII.

9. Her
It didn’t quite live up to my extremely high expectations, but Her still crafted a perfectly believable world from a potentially ridiculous concept. Quietly poignant rather than emotionally powerful, it didn’t grab my attention like Spike Jones’ breakthrough feature Being John Malkovich, but there was much to mine beneath the surface. I look forward to revisiting this and imagine it will grow in stature over time, in my mind at least.

8. Nightcrawler
With a strange mix of King of Comedy and To Die For (or something along those lines), this is a darkly entertaining satire of the highest order. Moments, particularly towards the end, felt like they were pushing plausibility a little far, but overall this is painfully close to the truth. Anti-hero (if you can call him that) Lou Bloom is possibly the character of the year, largely due to Jake Gyllenhaal delivering one of the best performances of his career. Socially inept, creepy and frighteningly focussed, Lou is a hard man to love, but you can’t draw yourself away from him every second he is on screen.

7. A Story of Children and Film
Mark Cousins’ Story of Film: An Odyssey made the top of my list back in 2012 and this drew me in through similar methods; trawling through a treasure trove of world cinema and examining the beauty of film. Here there’s a more clearly focussed backbone, with Cousins being reminded of these films as he watches simple home video footage of his nephew and niece. It’s gold dust for film buffs and it’s only not higher on my list because it lacks the impact An Odyssey had due to its sheer scale.

6. Mistaken For Strangers
The first of two rock docs to make my list. This is less about The National though and more about lead singer Matt Berninger’s brother Tom. So rather than the bog standard tour film I was expecting, I got a surprisingly moving look at the troubles faced by a man struggling to find his place in the world, living in the shadow of his successful brother. It works remarkably well and having The National’s music playing throughout didn’t hurt either.

5. 20,000 Days on Earth
It helps that I adore Nick Cave, but this rock documentary manages to still be personal despite being largely scripted/setup and potentially pretentious. It’s a fascinating glimpse into the mind of a fascinating figure in the rock world. It looks gorgeous too – one of the most well-shot documentaries I’ve ever seen.

4. Whiplash
It’s not released until January in the UK, but luckily I caught a preview screening. Taking a potentially cornball underdog story, this makes it work by turning it on its head, loading it with venom and driving it with an incredible intensity which makes for one of the most exhilarating watches of the year. Quite an achievement for a film about a university student who wants to be in the school jazz band.

3. How To Train Your Dragon 2
I adored the first film and this more than lives up to it. It reaches its peak before the actual finale, which is the only minor bugbear I have about the film, but other than that it’s perfect entertainment filled with drama, spectacle, comedy and excitement. Plus it looks bloody gorgeous. 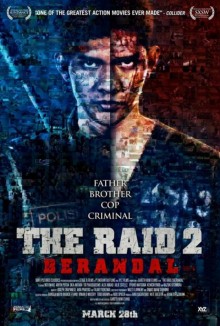 2. The Raid 2
It’s not perfect. The choice to expand the drama from the simplicity of the first film to a full on crime saga is admirable, but it makes for a fairly bog standard story. However, this is solid enough to engage and nicely hold together the action. And my God, what action. The fight and chase scenes in The Raid 2 are unbelievably good and are what ranked the film so highly in my list. Relentlessly brutal, stunningly well choreographed and photographed, this is action cinema at its absolute pinnacle. I prefer the economy of the first film as a whole, but this is still mind-blowing stuff.

1. Boyhood
I may have had problems with a couple of scenes, but on a whole this is such an amazing and fascinating achievement, which lingered long in the mind more than any other film this year, that it had to be number one on my list. Rarely has anything captured life as effortlessly and engrossingly. It’s a long film but I’d have happily sat through several more hours. 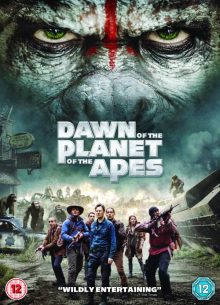 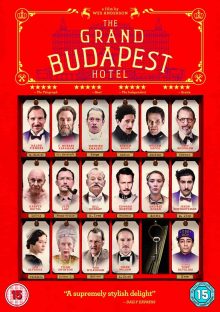 10. 22 Jump Street
I’m not a fan of funny stuff but this creased me up, “My name Jeff” and what happened to that octopus?

9. The Maze Runner
Dystopian, well made and well-acted, with plenty of energy.

8. Divergent
An interesting future concept, with faultless acting, special effects and atmosphere, if we don’t sort ourselves out we could be heading this way.

7. The Grand Budapest Hotel
This was much better than I expected with an interesting and quirky story.

6. The Hunger Games: Mocking Jay Part 1
This has taken special effects to the next level and gives us a glimpse of a possible future world.

5. Before I go to Sleep
A disturbing concept expertly executed with faultless acting. 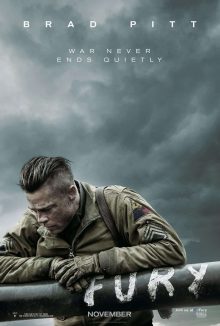 4. Fury
A graphic splatter war movie that stirs the soul and has a good go at depicting the true horrors of war.

2. Dawn of the Planet of the Apes
With amazing special effects, this film manages to create an emotionally charged atmosphere as we sympathise with both sides.

1. The Hobbit: The Battle of the Five Armies
This movie manages some stirring moments, making it emotionally moving at times. The acting and effects produce a middle earth of faultless detail. 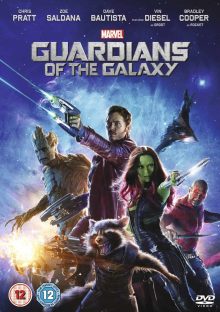 Guardians of the Galaxy
Edge of Tomorrow
The Expendables 3
Fury
The Purge: Anarchy
Hercules
The Equalizer
The Hobbit: The Battle of the Five Armies
Horns
Lucy
Nightcrawler
Falcon Rising 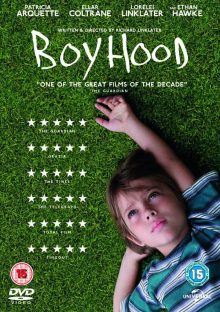 It was a close call this year, but Boyhood took the coveted position of Blueprint: Review’s overall favourite film of 2014, helped by two number one placings. Congratulations to Richard Linklater and all involved. I’m sure it will be the film’s crowning achievement, or possibly not.

Be sure to listen to our end of year episode of the Blueprint: Review Podcast too to hear a more detailed discussion of some of Darren and my favourites (and least favourites).

And here’s to a great 2015, crammed to the gills with films!