Robert De Niro is without doubt one of the greatest film actors of all time. The two-time Oscar winner has created some truly memorable on-screen personalities, in some of the best films ever made. Just before his recent hit performance in The Irishman, De Niro played legendary boxing trainer Ray Arcel in Hands of Stone and discussed its fascinating subject, Panamanian champion Roberto Duran, in the acclaimed new documentary I Am Duran. To celebrate this, here are some of the best true characters from a one-off Hollywood icon.

One of De Niro’s best loved collaborations with master director Martin Scorsese (The Irishman), this is the critically acclaimed biopic of world champ Jake La Motta, who De Niro captures in one of his best roles. In this intense and powerful story, he portrays La Motta’s volatile relationship with his brother Joey (Joe Pesci, Goodfellas), the marriage to his wife Vickie (Cathy Moriarty, The Bounty Hunter) and the violent, self-destructive behaviour that brought his downfall.

Shot entirely in black and white, the film boasts brutal fights with a powerhouse performance by De Niro, who tailored his physique to match the role, training as a boxer to play the younger athlete, before eating excessive calories and gaining weight for real to become the middle-aged La Motta. De Niro deservedly won an Oscar for Best Actor and Scorsese’s long-time editor Thelma Schoonmaker also won in her category.

De Niro tracked down Al Capone’s original tailors and had them make identical clothing for the movie. Reportedly, he even insisted on wearing the same style of silk underwear that Al Capone wore, even though it would never be seen on-camera, and the producers, knowing his reputation as a method actor, allowed it. De Niro steals every scene he’s in, while the entire cast is exceptional, with co-star Sean Connery winning a Best Actor Oscar. 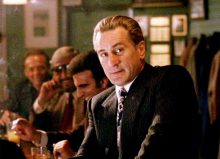 Martin Scorsese’s crime classic immortalises the life of Henry Hill, played here by Ray Liotta (Shades of Blue), from his teen years on the streets of New York and climbing the ranks of the criminal underworld, to his exile under the Witness Protection Program. Alongside Liotta, De Niro plays Hill’s close friend and mentor Jimmy “The Gent” with Joe Pesci as their volatile friend, Tommy DeVito.

The real Jimmy Burke (renamed Conway for the film, his birth name) was reportedly so happy to have Robert De Niro play him that he phoned him from prison to give him advice for the character. De Niro carved an incredibly precise balance of charisma, charm and intimidating menace. Ultimately, the film was nominated for six Oscars, including Best Picture and Best Director, with Pesci winning for Best Supporting Actor.

In this moving true story, De Niro plays opposite the late, great Robin Williams (Good Will Hunting) under director Penny Marshall (Big). William’s Dr. Malcolm Sayer is a shy neurologist who lands a job at the New York Bainbridge Hospital looking after patients in a catatonic state suffering rare disease. He discovers, through patience, hard work and experimentation, that the patients can be revived by experimenting with drug treatments. When he trials the process on Leonard Lowe (De Niro), he miraculously responds after being unconscious for 30 years.

Although names were changed, the film was noted by experts for its medical accuracy, even showing side effects and the precise system undertaken to administer these drugs. De Niro handled a very difficult, true life role with such believability and sensitivity that he was nominated for another Oscar, alongside the film’s nomination for Best Adapted Screenplay and a Golden Globe nomination for Best Actor in a Motion Picture Drama for Robin Williams. 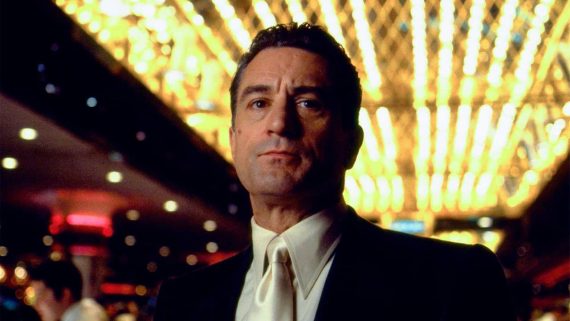 Another iconic collaboration with Martin Scorsese, De Niro gets under the skin of former Las Vegas casino exec and organized crime figure, Frank Lawrence “Lefty” Rosenthal, portrayed here as Sam “Ace” Rothstein. In this epic story, based on Nicholas Pileggi’s biography, Casino: Love and Honor in Las Vegas, the films begins in 1973 and characterises Ace’s stormy relationship with his wife (Sharon Stone, Basic Instinct) and his boyhood gangster friend (Joe Pesci) amidst the mafia takeover of Las Vegas in the 70’s onwards.

On top of the extensive research provided by Pileggi’s writing, in true De Niro fashion, he spoke many times with the real Rosenthal and adopted mannerisms and details which would better help him capture this complex figure.

In this acclaimed HBO film, based on a book by Diana B. Henriques, the story follows the rise and fall of Wall Street giant Bernard Madoff, portrayed here by De Niro. After uncovering his Ponzi scheme, we witness the scandal which destroyed him and his family’s lives, catapulting them into the media spotlight.

Helmed by master director Barry Levinson (Rain Man), the film took great attention to detail, exploring the true-life characters as well as the historical context of the story. New York Times reporter Diana Henriques was the first to interview Bernie Madoff in 2010, after his incarceration in 2009. She actually plays herself in scenes throughout the movie, interviewing De Niro as Madoff, and said his resemblance was so uncanny, she genuinely got goosebumps sitting opposite him.

This long-awaited reunion with Scorsese is based on the 2004 book, I Heard You Paint Houses by Charles Brandt, and brought together an incredible ensemble cast including De Niro, Al Pacino, Joe Pesci, Ray Romano, Stephen Graham and Harvey Keitel. The true story follows Frank Sheeran (De Niro), a young truck driver who becomes a notorious hitman involved with mobster Russell Bufalino and his crime family, before working for the powerful union boss Jimmy Hoffa (Pacino).

Years in the making and hotly discussed due to its ground-breaking “de-aging” technology, making the actors appear younger, the story spans several decades in organised crime and is surely one of the most ambitious movies of all time. De Niro commented that the film represented “unfinished business” between Scorsese and himself and has already become a landmark film in both men’s careers. 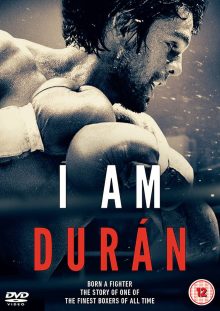 Sports biopic Hands of Stone dramatises the turbulent life of boxing legend Roberto Duran, played by Edgar Ramirez (Joy) as the Panamanian champ ranked as one of the most entertaining, controversial and finest of all time. Depicting his early years and some of his most famous bouts, De Niro plays his legendary trainer, Ray Arcel, who also became the first trainer to be inducted into the International Boxing Hall of Fame. Interestingly, De Niro first met the real Ray Arcel around the time he filmed Raging Bull in 1980, making this a full-circle encounter.

In the acclaimed documentary I Am Duran, the infamous boxer is examined in more detail, as well as showing how he transcended the sport and helped inspire a nation to rise up against its CIA funded dictator at the time. De Niro is interviewed extensively about Duran, the man, as well as his impact on sports and global politics. Fellow interviewees including Sylvester Stallone, Mike Tyson, Oscar De La Hoya, Lennox Lewis, Marvin Hagler, Ricky Hatton and many more, making this a star-studded tribute to a sporting legend.

Dazzler Media presents I Am Duran out now on Blu-ray, DVD & Digital