My regular coverage of releases from Eureka’s Masters of Cinema series is starting to make me worry about my reputation as an online critic as my reviews seem to be a stream of 4-5 star love-ins. With their remit of restoring and remastering well-loved and forgotten classics from some of the world’s finest directors, it’s hard to find fault with their output though and when they continue to release films as incredibly good as they do, it’s difficult to buck the trend. Not that I’d want to. I guess these reviews are more a reminder of the work they are currently doing and a way of helping the discerning film collector add to their shopping list.

Eureka are re-releasing some of their previous Kenji Mizoguchi Masters of Cinema releases in new dual format Blu-Ray & DVD editions. Below is my review of one of the first sets to be released, a two-film collection containing Sansho Dayu and the lesser known Gion Bayashi.

Sansho Dayu (a.k.a. Sansho the Bailiff) 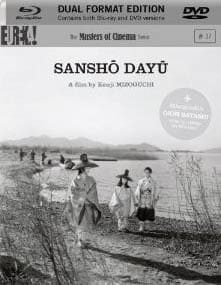 Sansho Dayu, alongside Ugetsu Monogatari, has always had a powerful reputation as being one of the finest examples of Mizoguchi’s work and can often be seen loitering around various ‘Greatest Films Of All Time’ lists. Often films which draw such critical admiration struggle to live up to the hype and require a second viewing to fully take in, but that wasn’t the case with Sansho Dayu for me. Along with Sunrise and Battleship Potemkin I’ve had an eye-opening year for cast-iron classics that I’d never got around to watching previously.

Sansho Dayu (a.k.a. Sansho the Bailiff or Sansho the Steward) is based on a Japanese folk tale set in the Heian era, the final period of classical Japanese history. The story begins (told through flashbacks) with a compassionate governor being exiled by the military and governmental leaders in the area due to his wish to do good for the poor and needy under his rule. He is even taken away from his family, and several years later his wife Tamaki (Kinuyo Tanaka), son Zushio (Yoshiaki Hanayagi) and daughter Anju (Kyôko Kagawa) head off on the difficult journey across the country to reconcile with him. Along the way the children get separated from their mother though, to be sold into slavery and Tamaki gets sold to a brothel. The rest of the film follows the plight of the children as they struggle under the hand of Sansho the Bailiff, waiting until they are older and stronger to try and escape their forced servitude. 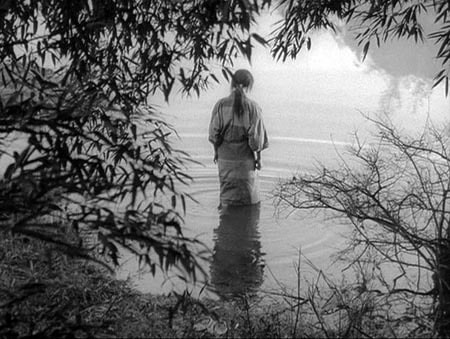 This is an immensely powerful film which reduced me to tears by the end. It’s a bleak and harsh portrayal of the caste-like systems prevalent at the time, with the slaves toiling for the upper classes whilst being treated like animals. A song that features throughout the film (and used to great effect in a number of scenes) puts it simply; “isn’t life torture”. There are hopeful elements though as Zushio endeavours to follow his father’s teachings of “even if you are hard on yourself, be merciful to others.” He does fall by the wayside on his way and things certainly don’t turn out rosy by the end, but there is a compassionate message to be given.

There are some truly heartbreaking scenes that are handled impeccably well, remaining emotionally powerful without lurching into clunky melodrama. The scene where the children are separated from their mother, a riverside suicide and the film’s denouement in particular will be forever seared in my memory.

Mizoguchi, like Ozu, was famed for being a master of his craft, putting a particular emphasis on carefully constructed mis-en-scene and Sansho Dayu is clear proof of this. Using largely wide, long takes, all of the shots are meticulously framed, making the most of all the available space. By using fairly deep focus most of the time, Mizoguchi creates beautiful painterly compositions, but still with elements of movement to retain a cinematic poetry.

I really can’t praise Sansho Dayu enough and so much has been said about it before I won’t prattle on, but all I can say is that you must see it if you haven’t already. It’s a stunningly well-made period piece that is devastatingly poignant and filled with hauntingly beautiful imagery. 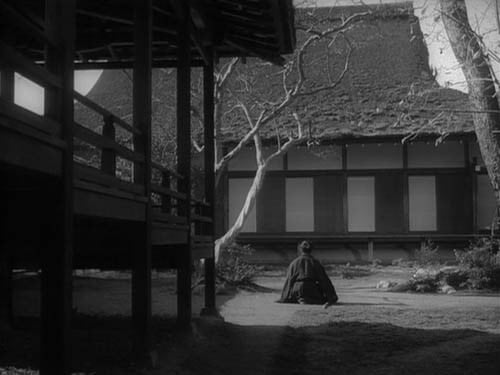 Gion Bayashi (a.k.a. Gion Festival Music or A Geisha)

With Sansho Dayu gaining such praise amongst critics’ circles, it’s easy to see Gion Bayashi as a ‘bonus film’ tacked onto the Sansho Dayu release, but such is the quality of Mizoguchi’s work, the film is a masterpiece in its own right and deserves much more recognition than it gets.

Gion Bayashi (a.k.a. Gion Festival Music or A Geisha) tells a structurally simple story of two contrasting geishas in the 1950’s (mirroring the decline in traditions of the role at the time). Eiko (Ayako Wakao) is a young girl who wishes to become a geisha like her (now dead) mother, seeing as her father wants nothing to do with her and her uncle, who is her current guardian, wants to take her to his bed. Miyoharu (Michiyo Kogure) is a more experienced and traditional geisha that takes Eiko under her wing. Eiko is trained to continue the valued traditions of the geisha, operating as a beautiful and dignified entertainer for the town. The men who pay for these services have other thoughts in mind though, using the two women as assets in their business deals and holding clearly more ‘Earthly’ desires for them. 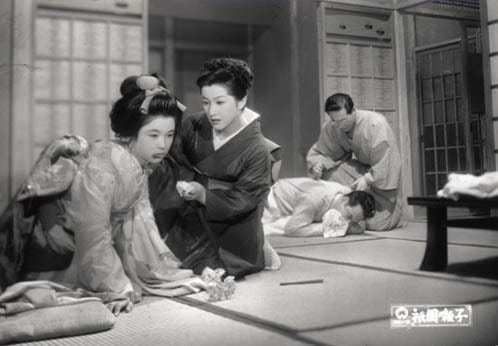 Mizoguchi was famous for showing a lot of sympathy towards women in his films and this is no different. None of the male characters come off well (other than a couple of minor workers in the geisha house), with most of them portrayed as sweaty, lecherous pigs with nothing but sex and money on the mind. Alongside the two business men who attempt to force the women into their ‘care’, we also get Eiko’s father who refuses to support his daughter when she is in need, but comes skulking around, grovelling for money once he learns she has a chance of benefiting from a relationship with a wealthy business man. With characters like this the film made me ashamed to be a man.

These elements make for a moving film which, like Sansho Dayu, is quietly devastating, especially by the inevitably bleak conclusion. Although the actions of the male characters aren’t always very subtle, the restrained performances of the female leads, especially Kogure, prevent the film from feeling blunt or melodramatic. Hiding behind the constraints of their polite niceties and social facades, their plight is even more powerful.

As with Sansho Dayu, much of the film is shot in long, beautifully constructed takes, which look gorgeous. Mizoguchi is great at framing things meticulously without creating the coldly calculated feel that can often result from such careful construction.

So I advise anyone who buys this set to ignore the ‘+ Gion Bayashi’ tag and experience this great film as a worthy companion piece to Sansho Dayu. 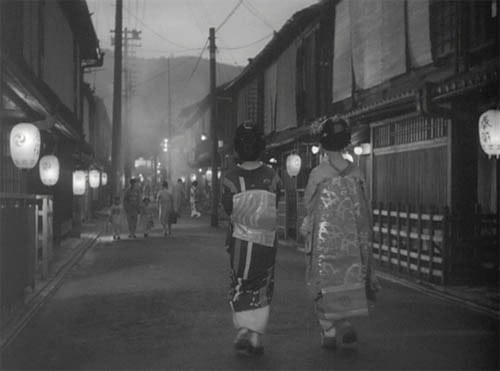 Sansho Dayu & Gion Bayashi are released on 23rd April in one set on Dual Format Blu-Ray & DVD, released by Eureka as part of their Masters of Cinema Series. I got sent the Blu-Ray to review and the transfers are great as always. Sansho Dayu is the strongest of the two, with Gion Bayashi showing more sings of age, especially in the darker scenes, but both still look great for their age. The sound on Sansho Dayu wasn’t quite as strong, with much of it seeming a little too low amongst some piercingly loud moments. Again, considering the age of the films, they have still clearly been well cared for and the soundtracks have been cleaned up as much as possible I imagine.

There aren’t a lot of features, just a couple of trailers and some video discussions on the films by Tony Rayns, which were included on the original DVD release. These are great though and focus on the context of the films with regards to Japanese cinema and Mizoguchi’s career at the time. It’s interesting to hear how bitter Mizoguchi seemed, with tales of his disdain for his later work (which by many is considered to contain some of the world’s finest films) as well as his frustration with ‘young upstart’ Akira Kurosawa gaining so much critical praise overseas. Also interesting to hear is his love for prostitutes, including an incident when a jealous ‘escort’ attacked him, slashing his back with a razor-blade.

As usual you also get a hefty booklet in with the package, crammed with essays and further thoughts on the films and their production. I didn’t get sent a digital copy of this as I usually do, but I have the original DVD release, which is impressively detailed and informative, and I imagine it will be pretty much the same as that included with the new version.