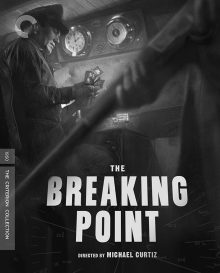 Michael Curtiz is a woefully underappreciated director. He was at the helm for an impressive array of greatly loved classics, including Casablanca, The Adventures of Robin Hood, Angels with Dirty Faces, Captain Blood and Mildred Pierce. However, whilst these titles have continued to have praise heaped on them for the past 80-90 years, Curtiz isn’t the household name you might expect from someone whose films have been so cherished.

He directed an incredible number of films, of varying genres, so many saw him as a ‘journeyman’, taking on any job that came and being part of the Hollywood machine. This is often seen as a slight but you could argue it shows he was a safe pair of hands that knew how to turn any material into a finely honed piece of entertainment. Granted, not all of Curtiz’s 178 credits are classics, but even Hitchcock didn’t knock it out of the park every time.

In 1950, Curtiz made a film that is even more little-known and underrated than him though, The Breaking Point. Based on Ernest Hemingway’s novel To Have and Have Not, which Warner Bros. had already made good money from only 6 years prior (Hollywood were possibly worse then than they are now at recycling and rebooting), and starring John Garfield who was riding high after a series of successful post-WWII roles, you’d have expected the film to be a surefire hit. 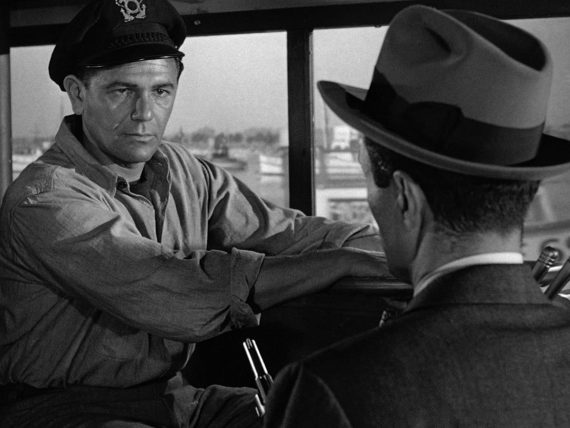 However, a couple of months before The Breaking Point was released, Garfield’s name appeared on the infamous ‘Red Channels’ report, which listed probable Communist ‘subversives’. This caused Warner Bros. to bury the film. In 1952, the stress and strain of the fallout of his blacklisting also caused the early death of Garfield, who had a heart condition, aged only 39.

Thankfully, someone must have paid attention to The Breaking Point, as the film has been deemed worthy of a fine new Criterion Collection Blu-ray release. I got hold of a copy and my thoughts follow.

Whilst Howard Hawks’ 1944 film adaptation of To Have and Have Not only very loosely based itself on Hemingway’s novel of the same name, The Breaking Point stays fairly faithful to it. Ironically, Hawks’ version eliminated the economic inequality aspects of the story that gave the novel its title, whereas Curtiz’s film keeps the theme but changes the title.

In The Breaking Point, Garfield plays Harry Morgan, a fishing-boat captain who’s struggling to make ends meet for him, his wife Lucy (Phyllis Thaxter) and their two daughters. When a client leaves him stranded in Mexico without paying him, Harry is forced to take an illegal smuggling job to earn enough to get him and his boat back home. 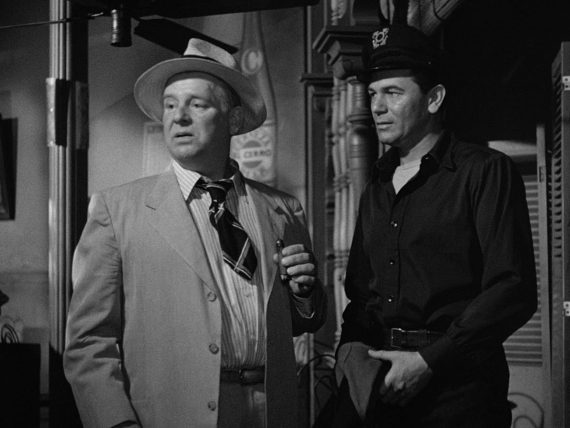 When the job goes pear-shaped, Harry gets in even more trouble. This is further exacerbated by the attractive and flirtatious Leona Charles (Patricia Neal), who takes a shining to the man and refuses to take no for an answer when Harry explains he’s married.

Meanwhile, Lucy grows suspicious, worrying about what Harry has got himself into, both in terms of work and his relationship with Leona.

I saw To Have and Have Not for the first time only two years ago and, whilst I rated it highly (I gave it 4.5 stars on Letterboxd), I must admit it’s not a film that’s stuck with me since. I can’t remember a great deal about it other than enjoying the interplay between stars Humphrey Bogart and Lauren Bacall. My memory was strong enough to notice some distinct differences between that film and The Breaking Point though.

Primarily, whilst To Have and Have Not rode largely on the chemistry between its leads and Hawks’ typical sharp, quick-fire banter, The Breaking Point puts much more emphasis on the domestic drama at its core. 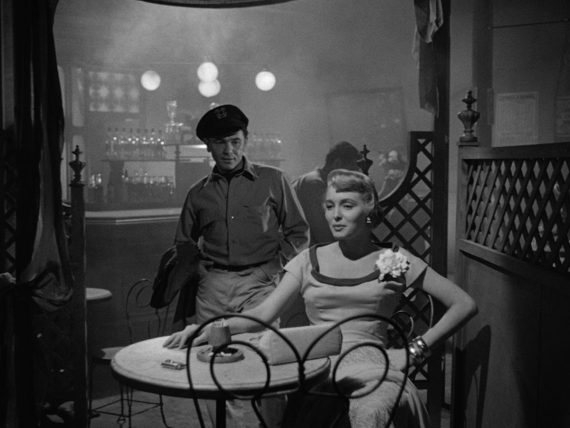 The relationship between Harry and Lucy provides the emotional crux of the film and this is very effectively portrayed. Yes, there’s an element of the dated, overly-doting, saintly view of the ‘good wife’, but Thaxter plays it very well and the chemistry between her and Garfield, whilst not providing the exciting sparks that flew between Bogart and Bacall, feels like that of a genuine married couple still in love and still sexually attracted to one another. Indeed, there are some heated moments between the pair.

This love is then thrown into conflict against the outside influence of Leona, who is, once again, a well-drawn character, performed beautifully by Neal. She could have easily just been another sultry femme-fatale, but there’s depth here and Leona has respect for Harry and Lucy and what they have, even if she still continues to try her chances with the former.

I also appreciated the way the character of Harry’s friend, Wesley (Juano Hernandez), was handled. African-American characters back then were often either maids or servants, or the subjects of patronising moralising. Here Wesley is just Harry’s friend and partner on the boat. No big deal is made of his colour or background. He’s just a character in the story and a vital one at that. He’s the one most aware of what Harry is doing and supports him, even though he tries to lead him down a less dangerous path. 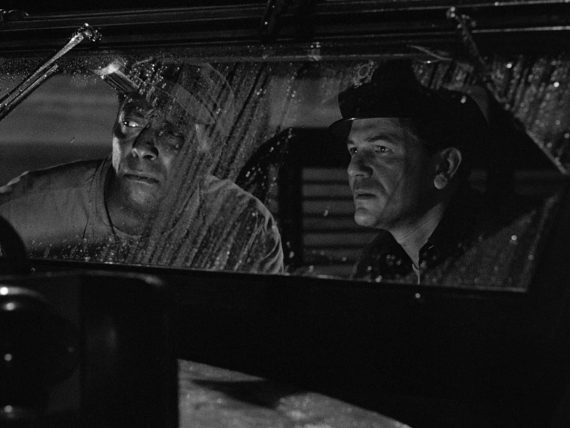 Due to this, The Breaking Point has more emotional impact than To Have and Have Not. It’s a better film in a number of ways in fact, largely through taking the material more seriously. It maybe pushes the melodrama a touch too far at times but the family dynamics are well established and developed, so it works. To Have and Have Not may have more of an irresistible zing to it that likely led me to my 4.5-star rating, but this is a more well-rounded, dramatically engaging story. Yes, I’ve only given The Breaking Point 4 here but, on afterthought, I’d probably have downgraded Hawks’ film to that too.

With its melodramatic slant, you might think I’m making The Breaking Point out to be slushy and sentimental, but it’s still tough, with some unglamorised violence and a tough-talking, no-nonsense protagonist. It has a wonderfully slimy villainous character too, in the form of Duncan (Wallace Ford), the lawyer who drags Harry into a world of smuggling and mob jobs.

This gives the film some noir credentials and these are reflected in some of the photography, with night scenes being wonderfully atmospheric, making great use of low-key lighting. However, much of the film is set in the day. That doesn’t stop Curtiz and DOP Ted D. McCord from crafting a film that looks great though. Depth and movement are regularly but subtly incorporated to wonderful effect and good use is made of location inserts and backdrops, making for well-executed sea-faring scenes. 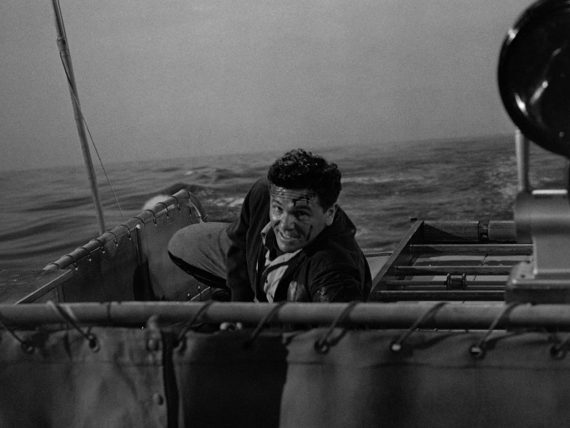 So, handsomely shot, emotionally satisfying and well-performed, The Breaking Point is a tough, gripping drama with more than a hint of noir. It might not have the obvious star appeal or Howard Hawks charm of To Have and Have Not but, like its reliable director, it delivers everything that counts and holds its own against its better-known predecessor.

The Breaking Point is out on 15th August on Blu-Ray in the UK, released by The Criterion Collection. It looks gorgeous, with rich textures and impressive depth. Sound is clean and clear too.

– New 2K digital restoration, with uncompressed monaural soundtrack on the Blu-ray
– New interview with critic Alan K. Rode (Michael Curtiz: A Life in Film)
– New piece featuring actor and acting instructor Julie Garfield on her father, actor John Garfield
– New video essay by Taylor Ramos and Tony Zhou analyzing Curtiz’s methods
– Excerpts from a 1962 episode of Today showing contents of the Ernest Hemingway House in Key West, Florida, including items related to To Have and Have Not, the novel on which The Breaking Point is based
– Trailer
– English subtitles for the deaf and hard of hearing
– PLUS: An essay by critic Stephanie Zacharek

The lack of commentary is a shame, but there are plenty of fine featurettes to make up for it. Alan K. Rode discusses Curtiz’s career and how he feels he’s an underrated figure in Hollywood history. He also talks about the history of The Breaking Point. I enjoyed the piece a lot.

Julie Garfield provides a refreshingly no-nonsense interview about her father, examining his approach to acting and tragic demise. It makes you greatly respect the actor, who like Curtiz, deserved to be better remembered.

Taylor Ramos and Tony Zhou, as usual, provide an illuminating but clearly delivered analysis of the film’s style.

Finally, you get an unusual period piece from 1962, where we’re shown various items from the Ernest Hemingway House. It’s less vital than the other extras here, but fans of the author will be interested to see some of the items dug out.

So, a decent collection of material to back up a film that’s well worth your time. Strongly recommended.