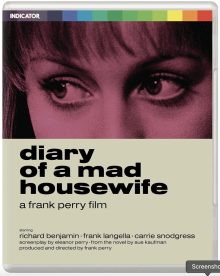 Frank and Eleanor Perry’s most acclaimed film is the Burt Lancaster classic The Swimmer (being released, coincidentally, by Indicator in August) but some of the more forgotten work from the the husband and wife team packs almost as hard a punch. One key example is 1970’s Diary of a Mad Housewife, which picks up on The Swimmer’s exploration of L.A. middle class existential emptiness and transports it to upper class New York.

Based on the novel by Sue Kaufman (who may or may not have based her story upon her own real life marriage) Diary of a Mad Housewife was the first big studio film that director Frank Perry and his wife and screenwriter Eleanor had full creative control over after The Swimmer was wrestled away from them by producer Sam Spiegel. Eleanor Perry’s script, adapted from Kaufman’s novel, attracted quite a lot of attention from major Hollywood players (including Jane Fonda) before the role of the dissatisfied housewife at the centre of a suffocating and loveless marriage went to the relatively unknown (and soon to be partner of Neil Young) Carrie Snodgress. 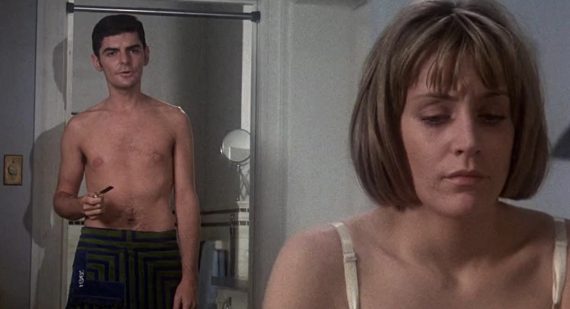 It isn’t hard to see why the project attracted quite a lot of attention, with Diary of a Mad Housewife powerfully evoking the strong feminist movement that had been kickstarted in the mid sixties and was still moving full stream ahead as the 1970s dawned. The film explores the relationship between Jonathan (Richard Benjamin) and Tina (Carrie Snodgress) Balser, a rich couple living in a swanky New York apartment. Jonathan, an obnoxious social climber, treats Tina like a servant, his focus not on his marriage but only on how he can get ahead. Isolated not only from her husband but from her two children, Tina, oppressed and suffocated, tries to find some degree of happiness by starting an affair with novelist George Prager (a very young looking Frank Langella, also making his major screen debut). But it soon becomes apparent that happiness proves to be elusive, even for a woman who, on paper, seems to be living a perfect American existence…

For a plot that sounds rather heavy and serious, it is surprising that Diary of a Mad Housewife strikes a lighter tone throughout much of its running time. This is mainly due to Richard Benjamin’s skilful performance as the vain, fastidious Jonathan. The actor weaponises his laid back, friendly charisma to great effect, turning Jonathan into a man so vapid and vile it will take some restraint not to throw something at your television screen. Yet Benjamin’s lightness of touch turns scenes that could have been oppressive into moments of black comedy. The film soars whenever he and Snodgress are on screen together. 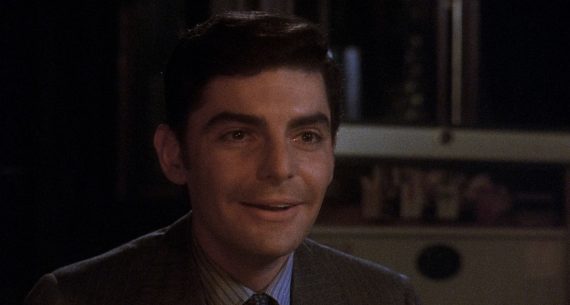 The portions of the film where Snodgress’ Tina spends time with Frank Langella’s George are altogether darker and more dramatic, resulting in moments that are both cynical, tender and explosive. For his debut screen role, Langella certainly impresses in his depiction of a man filled with vanity, arrogance and spite, never failing to convince as a lover who both strongly desires Tina yet who can quite happily get rid of her in an instant. 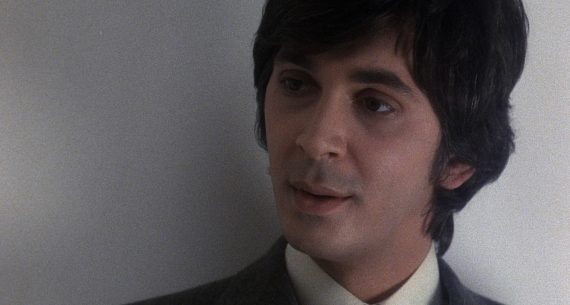 Trapped between these two appalling men, Snodgress delivers a quietly devastating performance that finds jewels in the subtleties of a quick glance or a moment of reflection as opposed to the emotional fireworks that might be expected when witnessing the disintegration of a marriage. Her Tina is to be pitied, but it is a performance that never aims for cheap sentimentality and is instead grounded in a gritty, authentic veneer of resignation, regret and entrapment. She was rightly nominated for a Best Actress Oscar for the role (and actually won the Golden Globe).

Diary of a Mad Housewife, with its study of a struggling marriage and a suffocating city existence at the dawn of the 70s, sometimes feels like the feminine version of John Updike’s series of Rabbit novels, striking a similar balance between dark humour and existential despair. While the film never goes as dark or unremittingly bleak as Updike’s narratives, the ending still pulls no punches, concluding the film on a note that offers no easy answers or fairy tale resolutions. It also raises important questions about the perception of depression and the legitimacy of sufferers who fall victim to it’s sometimes illogical nature. 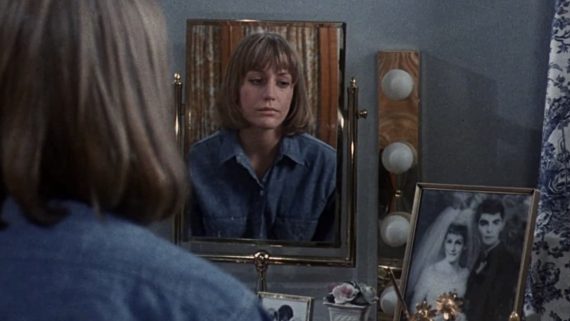 While the film may be called Diary of a Mad Housewife, it is clear that Tina’s actions are not the result of madness at all. Instead, she is railing against a stifling 1950s idea of ideal womanhood. While the film is not a celebration of female emancipation, it nevertheless adroitly captures, with melancholy and quiet rage, the very things the feminist movement was fighting against. Yet beyond the politics, Diary of a Mad Housewife is also a human drama about universal themes, about regret and desire, happiness and the need for life to have some kind of meaning. With Eleanor Perry’s sharp script, Frank Perry’s lean, efficient direction and with a trio of brilliant performances, Diary of a Mad Housewife is both a feminist polemic and a universal drama, emerging as a film that deserves to stand alongside The Swimmer as one of Frank and Eleanor Perry’s key works.

Indicator’s Blu Ray release of Diary of a Mad Housewife has been sourced from a HD remaster. Like almost all of Indicator’s discs, it offers a wonderful technical presentation of the film, with authentic looking visuals and clear audio. Encoding, as ever, was perfect, with no errors that I could see.

Below are the extras included with the film:

Perhaps the most interesting extra here is the TV version of the film. Running slightly shorter than the cinematic release, this version has nevertheless been rather drastically re-edited. All nude scenes have been removed but a significant amount of new material (over a quarter of an hour) has been included. The new scenes are rather top heavy, mostly occurring in the opening third of the film, and certainly add a new perspective onto the characters and scenario – the upside down scenes of Tina seeing her shrink especially. Frank Perry hated this version of the film (he had nothing to do with this re-edit) and the theatrical cut is certainly stronger; but this still offers a fascinating, alternative look at the film. Be aware of the picture quality however, which will certainly take those old enough to remember back to the VHS glory days.

The two versions of the film also come with their own seperate commentaries. The commentary on the TV version of Diary of a Mad Housewife by Frank Perry biographer Justin Bozung is the stronger of the two, with Bozung offering great amounts of detail and info, focusing especially on Frank Perry and the contextual feminist movement in which the film can be placed. In contrast, the commentary on the theatrical version is slightly more meandering and less focused – it still contains interesting tidbits of info however, so fans of the film should certainly check out both.

Chris Innis, an Oscar winning editor and filmmaker, offers a half hour appreciation and analysis of Diary of a Mad Housewife, providing great information about Carrie Snodgress and the film’s initial reception. Both interesting and engaging, this is a great companion piece to the film.

There is also a very short, 5 minute interview with Richard Benjamin in which he discusses good techniques of directing and correct etiquette onset. Interesting to watch, only wish it could’ve been longer!

The package on the disc is wrapped up by an original trailer (including a short, fun commentary by Larry Karazewski from Trailers from Hell) a radio spot and an image gallery.

Indicator also include one of their quality booklets which is positively bursting with content. It contains an insightful essay on the film by Paula Mejía, a great piece on Sue Kaufman (author of the original novel) that discusses  Diary of a Mad Housewife in regards to similar fiction, a really interesting section on Frank and Eleanor Perry that uses several interviews to illuminate their relationship, a short piece on Carrie Snodgress’ relationship to Neil Young, as well as containing contemporary reviews.