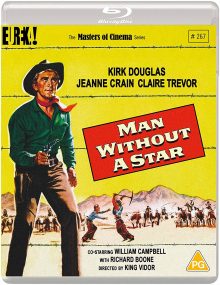 With the great King Vidor in the director’s chair, Borden Chase (Red River, Winchester ‘73, The Far Country etc.) co-writing the script and Kirk Douglas starring and working behind the scenes as an uncredited producer, you’d be forgiven for thinking that Man Without a Star should be better known. It even took home a decent sum at the box office back when it was released in 1955 but, thought of as a minor work in the filmography of its major players (both Vidor and Douglas haven’t spoken favourably of it over the years), it has quickly faded from our collective memories.

Perhaps aided by a screening at the Berlin International Film Festival in 2020, as part of a Vidor retrospective, Man Without a Star is developing a little more love among cineasts now though. So much so, that Eureka have decided to add the title to their illustrious Masters of Cinema collection.

I love a good western, so thought I’d give it a shot.

Man Without a Star opens with Dempsey Rae (Douglas) freighthopping from Kansas City to Wyoming. When the train stops along the way to clear off anyone who shouldn’t be there, another stowaway, Jeff Jimson (William Campbell), is beaten up and left with his arm on the tracks. Dempsey saves him from losing his arm or worse and later saves him again when the young man is about to take the blame for murdering the train’s brakeman.

The pair stick together from then on, Dempsey seeing Jeff as a younger brother figure. They find work as cattle hands for Strap Davis (Jay C. Flippen), who’s the foreman for a wealthy ranch owner named Reed Bowman. 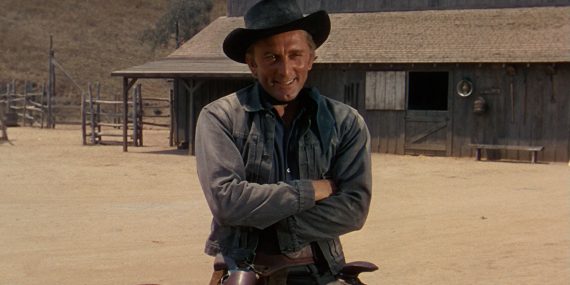 When they finally meet Reed and learn that she’s actually a beautiful woman (played by Jeanne Crain), Dempsey falls for her and puts on his charm. However, on top of finding she’s not so easily won over, he learns she’s greedy and selfish, planning to force her cattle onto land unofficially owned by neighbouring ranchers. This causes Dempsey to question his loyalties.

His relationship with Jeff becomes strained too, once Dempsey’s mentoring turns the young man into a trigger-happy hothead.

I can see why Vidor and Douglas maybe didn’t hold Man Without a Star in particularly high regard. Douglas’ fame was quickly on the rise and he already had two Oscar nominations to his name following his big break in Champion in 1949. Vidor was moving towards the end of an incredibly lengthy and often prestigious career, and would soon deliver a pair of sweeping epics, War and Peace and Solomon and Sheba. Man Without a Star, on the other hand, was a fairly ‘small’ picture that was only shot in 4 weeks and, on the surface, feels very much like a standard programmer.

Regardless of what its makers thought of it, I feel Man Without a Star certainly deserves a second chance. Not only is it a damn good western, but there’s a little more to it than meets the eye. 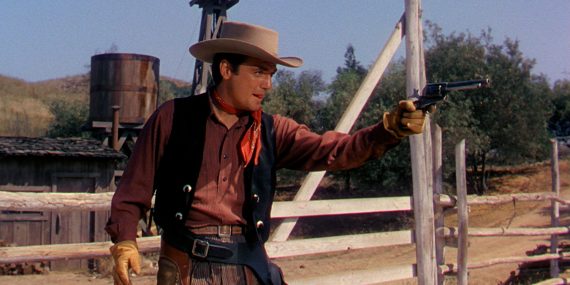 Yes, the foundation of the story is pretty bog standard and westerns were a dime a dozen back then, but there are a few interesting things in play. For one, the twist of having the villainous ranch baron be a woman is a nice touch. It perhaps wasn’t the first time, but the way Dempsey and Reed’s relationship develops makes for a more thought-provoking watch and their interplay is surprisingly sexualised for the era.

The relationship between Dempsey and Jeff is also layered and involving, though it’s a little more conventional.

Like many great westerns, Man Without a Star also has themes of the end of the West and the development of modern capitalism. This is shown through Reed’s outsider character who attempts to force the peaceful old ranchers out so that she can prosper. The luxuries she brings with her further add to this (most notably her indoor bathtub, which is brought up frequently and features in one of the more sexually charged scenes).

Dempsey also preaches against gunplay and violence as the film goes on, which was fairly rare in westerns back then. 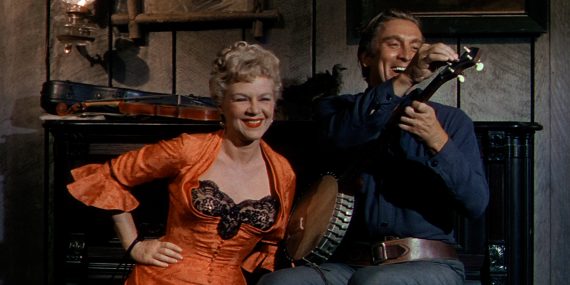 Away from any interesting themes or subtexts though, the film still works brilliantly as a straight-up piece of classic Hollywood entertainment. Chiefly, it’s a cracking star vehicle for Douglas. He’s his usual tough but charismatic self and has plenty of chances to show off, with some banjo playing, singing, dancing, fancy gunslinging and plenty of fighting. It’s a genuine pleasure to see him do his thing and it shows why his star shone so bright for so long.

Vidor and DOP Russell Metty (Spartacus, Touch of Evil etc.) also make the most of shooting Technicolor in both open-range locations and set-bound sequences, despite the brief shooting schedule.

Overall then, Man Without a Star is an enjoyable classic western that’s slightly less conventional than it might at first seem but still delivers the goods you’d expect from a solid oater. With a magnetic lead performance and some engaging character dynamics on top of the usual thrills, spills and six-gun blazing entertainment, it’s well worthy of reappraisal. 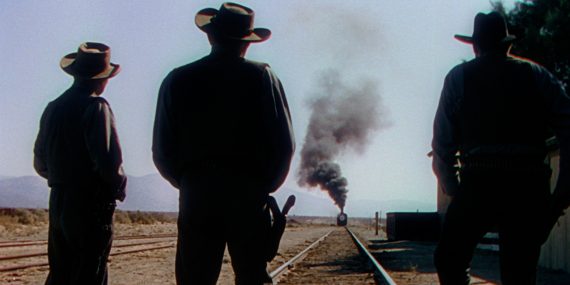 Man Without a Star is out on 15th August on Blu-Ray in the UK, released by Eureka as part of their Masters of Cinema series. Being a Technicolor film from the 50s, there are some minor picture aberrations, mainly some slight colour misalignment. More notably, however, there’s a strange faint blue flicker often in the centre of the screen. Other than that, the image is very nice, with rich colours and pleasing details. The audio is great too, with no apparent issues,

The commentary is very good, with Barry Forshaw and Kim Newman making a strong case for why this is an underrated film. Their knowledge and love of the genre shine through as always.

In his interview, Neil Sinyard describes why he thinks Man Without a Star isn’t the bog standard western it might seem at first glance. It’s an interesting piece.

I jumped the gun a bit on my review, so haven’t received the booklet yet. Eureka are one of the best in the business at compiling these though, so it’s sure to be loaded with well-written essays.

Overall then, Eureka have delivered a strong package for a lesser-known gem that comes easily recommended to western fans.