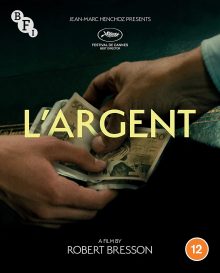 Though now highly regarded by most critics as one of the great masters of arthouse cinema, Robert Bresson was rather divisive back when still active as a writer and director. His rigidly austere, often bleak films are certainly an acquired taste but it’s still surprising to hear that after winning joint best director at the Cannes Film Festival in 1983 for what would be his final film, L’Argent (which translates to ‘Money’, in English), Bresson was booed by a good portion of the audience.

Though it’s perhaps not quite as popular among cineasts as the handful of films that make up his extraordinary run between 1951’s Diary of a Country Priest and 1967’s Mouchette, L’Argent is still regarded among the best of the director’s work these days. As such, the BFI, following their ‘Of Sin and Salvation: The Cinema of Robert Bresson’ season at the Southbank, are releasing the film on Blu-ray alongside new discs for Pickpocket and The Trial of Joan of Arc.

I was tempted to review them all myself, as I haven’t seen enough of Bresson’s films, but I’d already committed to reviewing far too many releases this month so settled on L’Argent, which I hadn’t yet seen and because it sounded like an interesting concept. 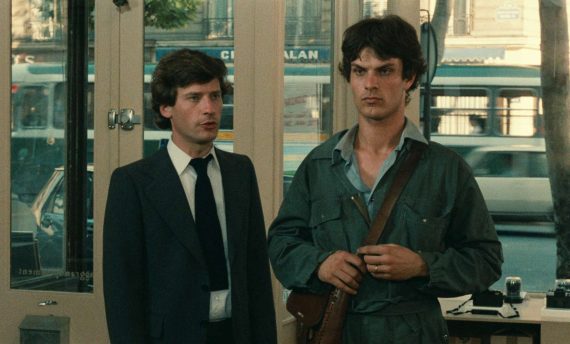 The film charts the repercussions of two teenagers using a counterfeit banknote in a photography shop. A chain of events following this leads to the delivery driver and young father Yvon (Christian Patey) being put in prison, which itself leads him down an ever darker path.

Bresson’s films are never a barrel of laughs, but L’Argent is exceptionally bleak and cynical, even by his standards. Greed and dishonesty are rife in the film’s characters and the system of the modern world seems to be the cause of this. Money is the driving force for everything and relationships are equally as transactional as handing over a wad of cash. In the film, it seems this system can’t be escaped from either and those at the bottom rung, Yvon in this story, are more notably crushed by its mechanisms.

Yvon’s tragic tale isn’t milked for tears though. This is a Bresson film, after all. As usual, all emotion has been stripped away. The director is known to refer to his actors as ‘models’ and would drill them down through endless rehearsals and takes of every line and movement until their delivery had no expression whatsoever. It has a distancing effect that is a major factor in Bresson’s divisiveness but helps give his films such a distinctive feel. It’s an approach that influenced a number of later arthouse directors too, such as Andrei Tarkovsky, Wes Anderson and Jim Jarmusch. 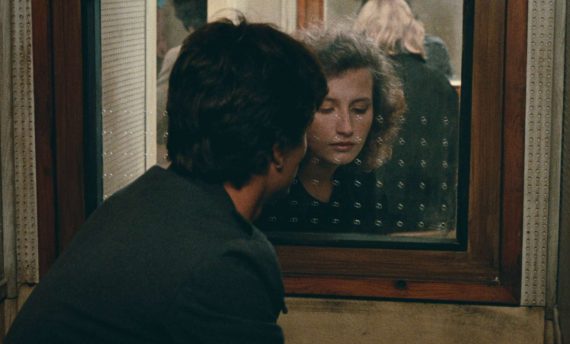 Another signature of Bresson’s, and one that I personally warm to much more than his approach to performance, is his method of telling stories cleanly and concisely, largely through images and editing rather than dialogue. His frames are sparse and deceptively simple but carefully composed, presenting nothing but the important details, not only of the narrative but of the themes being explored.

With deliberate movements, a complete lack of non-diegetic music, minimal dialogue and shots that are often held uncomfortably longer than you’d expect, L’Argent is quite slow-moving and very much unsuitable for a popcorn crowd expecting fast-paced thrills and spills. I’d seen a few Bresson films before, so came prepared, though found myself amused by the fact there’s actually a bank robbery, car chase and a couple of murders in this! Of course, Bresson presents these in his own strikingly oblique way, so rather than being exciting set pieces, the sequences are sharp and cold. In this sense, the scenes had a taste of Jean-Pierre Melville, if not as self-consciously cool.

Like all of Bresson’s films then, L’Argent won’t be for everyone, but those with a taste for the director’s distinctive style will see in it that he remained masterful and uncompromising in his approach right up to the end of his career. 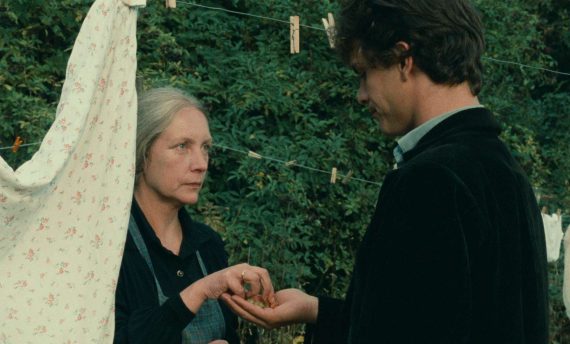 L’Argent is out on 8th August on Blu-Ray, released by the BFI. The transfer is excellent, with a clear, sharp but natural image and robust audio.

The film is also complemented by a decent set of bonus features:

The on-stage discussion with Geoff Andrew, Jonathan Hourigan and Nasreen Munni Kabir, the latter two of whom worked on the film, is enjoyable. The pair speak fondly of the experience, describing Bresson’s attention to detail and kindness, and then the trio discuss the director’s work in general.

Michael Brooke offers a thoughtful analysis of the film that’s delivered clearly and concisely, similar to how Bresson tells his tale.

Jonathan Hourigan’s video essay is a little more classically academic, but it remains illuminating and works by comparing Bresson’s first film with his last. In his audio interview, Hourigan talks about his experiences observing the shoot of L’Argent as well as discussing the film itself and its reception at the time.

As usual, the BFI also include a thematically linked short from their archives. Value For Money is a puzzling little film but one that is stylishly shot and sharply edited.

You also get a booklet included in the set too. This is excellent, with a nice mix of first-hand experiences, contemporary analysis and a period review.

It’s a decent package overall then, making for a strongly recommended purchase for Bresson and arthouse fans. 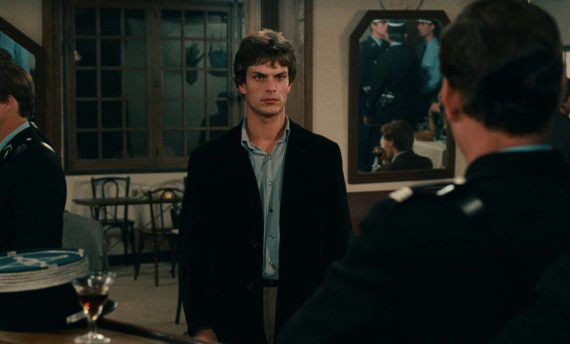