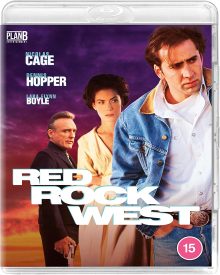 The classic period of film noir effectively ended when the 50s drew to a close but, ever since, there’s been a steady trickle of films that riff on similar themes, situations and styles. This new form of the genre became known as ‘neo noir’. There are always plenty of these being made but, in the 80s and 90s, there were a notable number of titles that stuck quite closely to the noir formula whilst giving it a post-modern spin. These included Body Heat, Blood Simple, Devil in a Blue Dress and more.

One director who quietly made a name for himself among noir lovers during this period was John Dahl. After honing his skills in the world of music videos, he made four neo-noirs in a row. His first, Kill Me Again, was a small film that is little known and Unforgettable, his last of that initial run, was quite poorly received, but the two in between these, Red Rock West and The Last Seduction, are minor cult classics. There’s a lot of love out there for the pair, despite making little impact on the box office.

Dahl went on to make a few more films following his run of noirs, most notably Rounders, which was moderately successful on release but again became more of a cult favourite over time. Probably due to his ability to make decent films on relatively low budgets though, his career shifted towards TV and, since the mid 2000s, he’s worked on countless high profile series, such as Breaking Bad, Justified, Dexter and Yellowstone. 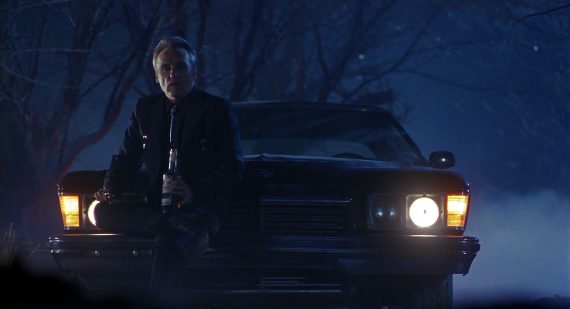 I’m a big fan of both Red Rock West and The Last Seduction, so I was thrilled to hear the former is finally getting a Blu-ray release in the UK, courtesy of Plan B Entertainment.

The film stars Nicolas Cage as Michael, a drifter whose honesty about his wounded leg prevents him from getting a job he’d headed over to Wyoming to start. With only a few dollars to his name, he winds up in the small town of Red Rock.

There he enters a bar run by Wayne (J.T. Walsh), who mistakes Michael for “Lyle, from Dallas” who was supposed to have arrived a couple of days ago for a special job.

Seeing this as a golden opportunity, Michael lies and says that he’s Lyle, so that he can get some much-needed work. However, he soon regrets the decision when he learns the job he’s agreed to do is to kill Wayne’s wife Suzanne (Lara Flynn Boyle). He doesn’t want to do it of course, but takes the money and tells Suzanne what Wayne proposed to him. She then gives Michael more money to kill Wayne. 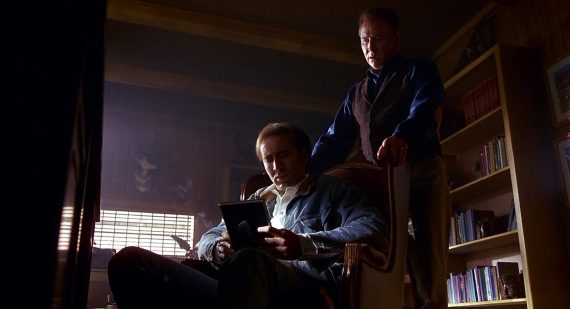 Michael realises he’s in way over his head and writes a letter to the local sheriff before driving straight out of town. However, nothing ever works in his favour and he keeps on ending up right back in Red Rock in increasingly more trouble, particularly when the real Lyle shows up (played by Dennis Hopper).

As the synopsis above suggests, Red Rock West is pure noir through and through, not just ‘noirish’ or a moody crime drama that gets slapped with a noir label. Just like many classic noirs of the 40s and 50s, you’ve got an innocent, honest man who gets in way over his head after making a bad decision at a desperate time. You’ve also got your standard ingredients of the femme fatale, a twist-laden plot, swampy moral quandaries and atmospheric cinematography.

It presents all these beautifully too, without ever feeling like a nostalgic fan film or winking-at-the-camera homage. Instead, it goes back to the essence of what made those original films great, telling a gripping story with flawed but interesting characters and enough of a smattering of violence and threat to keep you on your toes. 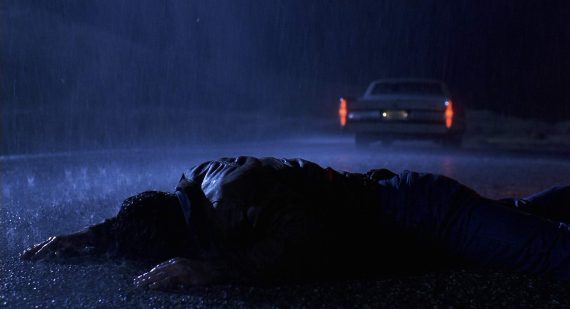 It’s beautifully shot and staged too, with nice use of lighting, depth and perspective. With its western-like setting, it’s not all shadows and smoke though. It’s a daytime noir in this respect, or even a western-noir, and great use is made of the arid locations.

The cast is wonderful too. Nic Cage dials it down quite a bit, compared to how we see him these days. His star was on the rise at the time, with several respected titles under his belt, so Dahl was very lucky to land him in this relatively low-budget film. Reportedly, Francis Ford Coppola was one of the few people that had seen Kill Me Again and loved it, so urged his nephew Cage to work with Dahl on his next film, so the actor approached the director himself.

He does a great job, playing the straight guy here for a change but doing it with suitable nuance and simmering intensity. And don’t worry Cage fans, he does get to blow his top a couple of times. 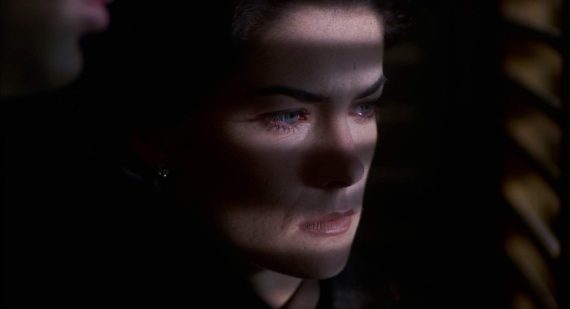 Hopper, Boyle and Walsh are equally as good, with Hopper also dialling it back a little, though he plays a more colourful character than Cage does. Boyle is her sexy, suspicious best too and the underrated Walsh is excellent as the lead bad guy. He’s an intense and frightening presence without ever pushing it too far into camp territory.

The only issue I had with the film on this rewatch (I haven’t seen it for decades) was that I felt it lost a little steam towards the end. The relentless cascade of nightmarish situations Michael is forced into is brilliantly delivered but I found the final act didn’t quite have the impact it should have. It culminates in a fairly conventional stand-off that underwhelms, not helped by an underbaked score (which elsewhere works nicely).

The final moments are great though, leaving a pleasant taste in the mouth when the credits roll. So the stumble at the finish line doesn’t detract too much from what is ultimately a very strong film. With an excellent cast and an enjoyable narrative directed with style and class, Red Rock West is an underrated 90s neo-noir classic, that should hopefully win over some new fans with this Blu-ray release. 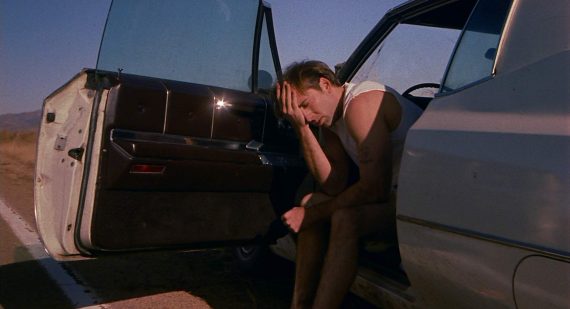 Red Rock West is out on 22nd August on Dual Format Blu-ray and DVD, released by Plan B Entertainment. Order it directly from the company here. I watched a Blu-ray screener and I found the image had a slightly unnatural look. The grain structure in particular didn’t look as it should. It’s an otherwise sharp and detailed picture though with pleasingly strong colours. The stills used in this review are screengrabs from the Blu-ray, to give you an idea, though they’ve been compressed a little.

I had no issue with the audio, which comes through with depth and clarity.

I enjoyed the commentary. The Dahl brothers talk about their background and how the film’s story developed before discussing the production itself. The editor also joins them to talk about his approach to the material, which I appreciated.

The other interviews are solid too, only covering a little of the same ground as the commentary. It was interesting to hear from Dale Gibson in particular, who was originally pitching just to be the stunt coordinator but was offered a role after they met him.

Editor Scott Chestnut is also wonderfully honest about his inexperience in editing on film at the time and has some fun stories to tell about the process and how his career started and developed.

The booklet is pretty good too, containing an illuminating essay on the career of John Dahl. It’s bulked out with plenty of publicity stills.

All in all, it’s a pleasure to finally see Red Rock West on Blu-ray and whilst the transfer isn’t perfect, it’s still an easy recommendation, aided by plenty of extras on top of the quality of the film itself.