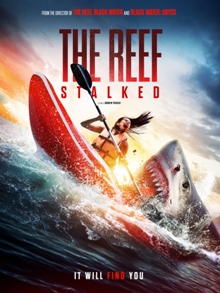 Nine months after a tragedy, four friends gather to pay their respects and embark upon a three-day island-hopping kayak trip in the Greek Islands. This is a shark movie though, so it’s not long before they are set upon by a doggedly determined great white, leaving them stranded and with minimal options if they hope to survive.

It’s been twelve years since the release of The Reef, and director Andrew Traucki has returned with another realistic, no-frills approach to the shark attack genre. A sequel in name only, Stalked follows an entirely new cast of characters in a story that, this time around, isn’t based on a true account, but instead takes inspiration from domestic abuse and post-traumatic stress as building blocks for the major characters. If all that sounds quite heavy, that’s because this is rarely an entertaining bite-em-up or quip-filled gore-fest. In fact, the body count is refreshingly low. No, Stalked is one of the more realistic recent entries in the shark attack genre, playing out more like a tense drama in which the inciting incident just happens to be a great white shark. 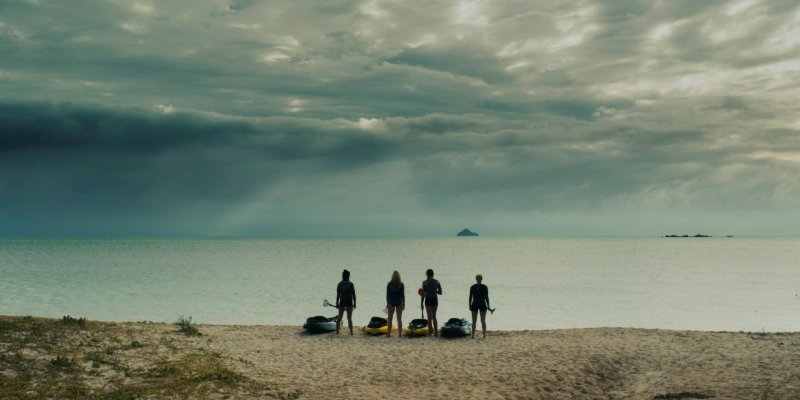 The characters are mostly well-drawn and likeable, particularly Teressa Liane’s Nic, who has the most to deal with emotionally. Unlike the recently reviewed Shark Bait, the drama here feels organic and ties relevantly into the situation, as opposed to being tacked on and melodramatic. Yes, there are emotions to be unpacked and revelations to be explored, but it makes complete sense when they are being dealt with, regardless of the imminent shark threat.

The only elements that detract from the tense and gripping narrative and performances are some occasionally shoddy CGI – at one point literally laughably bad – and an inconsistent degree of power from the shark, given its ability to destroy a dock in one scene, then leave a potential victim entirely unscathed a little later. Also, as stripped back as the plot is, the film outstays its welcome a little even at just 93 minutes long. 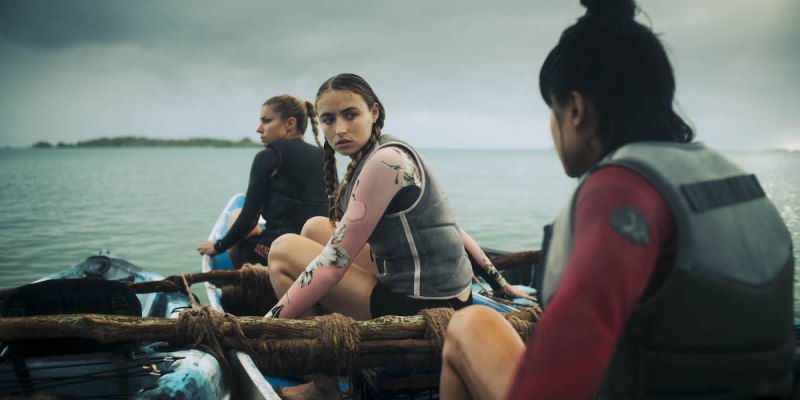 Fortunately the expansive on-location shooting and Mark Smythe’s quivering, ethereal score make up for any shortcomings, elevating the simple dropping of an oar just out of reach into a truly terrifying experience. Entertainment-wise this isn’t anything near the extravagant glory of a Deep Blue Sea, but it’s not trying to be. This is a solid, grown up shark thriller that’s a lot more compelling than most other recent low budget offerings.

The Reef: Stalked is available streaming now from Signature and on DVD from August 8th.