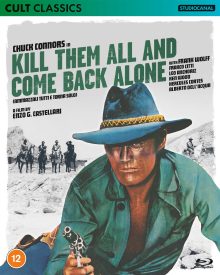 It seems the UK boutique labels are in love with Enzo G. Castellari this year as we’ve got four of his films hitting shelves and we’re not even halfway through yet. First, we had Arrow’s ‘Rogue Cops and Racketeers’ boxset in April, containing The Big Racket and The Heroin Busters, now we have Studiocanal releasing High Crime and Kill Them All and Come Back Alone as part of their new Cult Classics range.

Having reviewed and enjoyed all the others, I thought I may as well complete the set and cover Kill Them All… Plus, I can never turn down a western!

The film sees Chuck Connors play Clyde McKay, a mercenary hired by the Confederacy to use a team of skilled miscreants to steal a box of gold from a Union camp. Captain Lynch (Frank Wolff), who has little love for McKay, also gives him the titular order to “kill them all and come back alone” after the job is done. 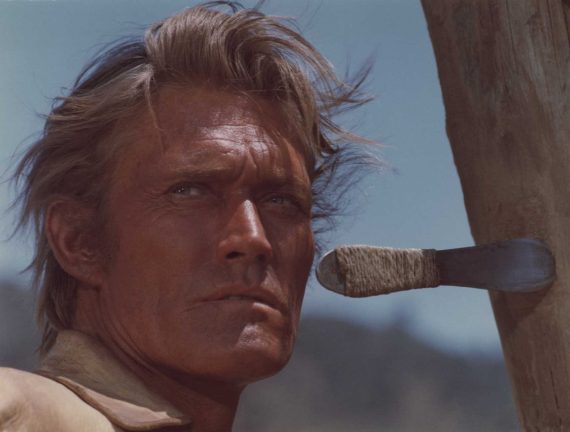 McKay doesn’t follow out this final order but does run off with the gold by himself. The rest of the gang soon catch up and aren’t happy, but they don’t have long to argue as the Union captures and imprisons them all.

Amongst all the backstabbing and mistrust, the team must get out of the prison camp and reclaim the stash, which was thankfully hidden before the Union got their hands on it.

In his commentary on this disc, Alex Cox claims this is the first spaghetti western to add both comedy and acrobatics into the mix, to form what he calls a ‘circus western’, before this style became popular within the genre. I’m not sure I’d call it a comedy (and it certainly wasn’t the first comedy western), as there aren’t any gags or jokes, so to speak, but I think the circus tag is a good fit. 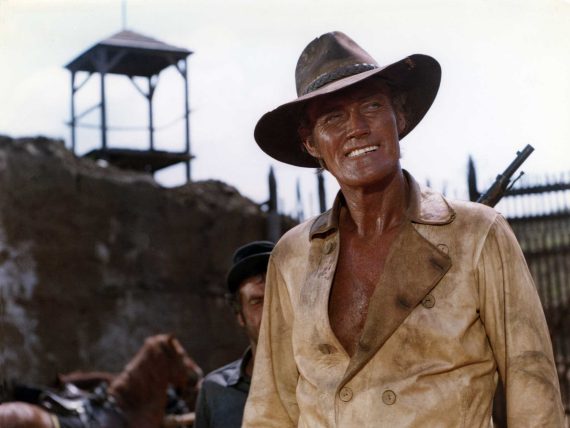 As well as the occasionally ludicrous (why do there seem to be trampolines everywhere?) and over the top acrobatic stunts though, Kill Them All… throws in daft props (most notably a multi-functional rocket launcher) and characters defined by surface physical traits rather than any layered development. As such, I see this as a comic book western rather than a circus one.

This label is not meant as a criticism though. I simply mean that the film is a no-nonsense piece of entertainment that lays it all out on the surface. There are no pretences in Castellari’s quest to make a film that sells popcorn and has audience members leaving satisfied that they’ve got what they came for.

Castellari is one of the best in the business at this style of filmmaking, jumping from genre to genre with ease. This isn’t one of his best films, but it does show his qualities. The set-pieces are a lot of fun for starters, particularly the extended opening sequence, where we’re introduced to his band of criminals through a cheeky raid on a Confederate camp. 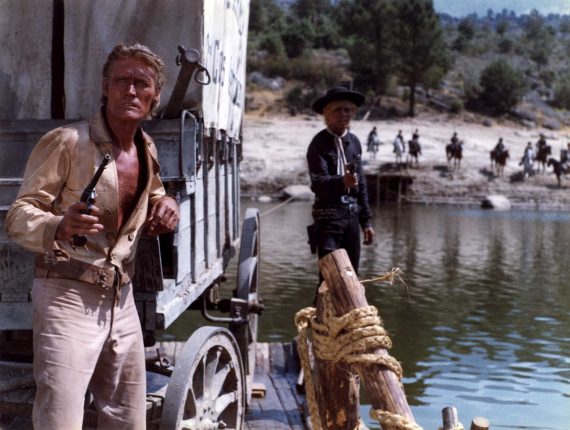 The film is well shot and edited too. In true spaghetti western style, great use is made of sweaty close-ups and spatial depth, and the action is thrillingly cut together without losing a handle on what’s happening and where everyone is situated.

Away from technical aspects, numerous plot twists and deceptions keep you interested in what’s going on, even if it’s all pretty derivative of other westerns and The Dirty Dozen.

So, whilst Kill Them All… may not be particularly notable among the spaghetti western genre, it’s still a lot of fun. With plenty of action, all staged with Castellari’s usual skill and some goofy gimmicks to maintain a comic book charm, it’s sure to entertain any genre fans out there. 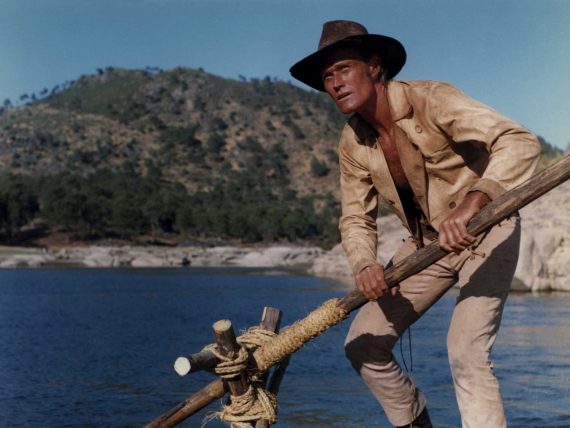 Kill Them All and Come Back Alone is out on Blu-ray, DVD and Digital from 6th June, released by Studiocanal as part of their new Cult Classics range. I watched the Blu-ray version and I thought the colours seemed a fraction washed out and overly yellow, though the dusty surroundings may be the cause of this. Otherwise, details are sharp and it’s a pleasing image overall. You get both Italian and English audio options. I watched with the Italian track and it sounded robust.

– Audio commentary with filmmaker and fan Alex Cox
– Shoot to Kill, Aim to Thrill – An Interview with Enzo G. Castellari
– Shoot-Outs in the Old Spaghetti West – Romolo Guerrieri on a Family of Filmmaking
– Italy’s Cult Auteur of Action Cinema – A Critical Retrospective of Enzo G. Castellari

Alex Cox doesn’t take the film overly seriously in his commentary (and rightfully so) though he seems to enjoy what he’s watching. It’s quite a sparse track, as is the norm for Cox. I can’t say I was particularly engaged by it, due to its sporadic nature, but he makes some interesting points.

Romolo Guerrieri starts off by discussing how he and his family got into the business before talking about his work. I enjoyed hearing about the differences between Italian and American filmmaking towards the end too.

In his interview, Castellari talks about his career in the western genre, as well as his experiences making Kill Them All… He also talks about his love of The Wild Bunch and how he studied every shot in it. It’s a relatively short but enjoyable interview.

In the ‘Italy’s Cult Auteur of Action Cinema’ piece, writer Rachael Nisbet talks about Enzo’s career as a whole, discussing his background, influences and qualities as a director. It provides a dense, satisfying overview.

It’s a solid set of extras for a solid spaghetti western, so fans of the genre and Castellari should certainly pick it up. 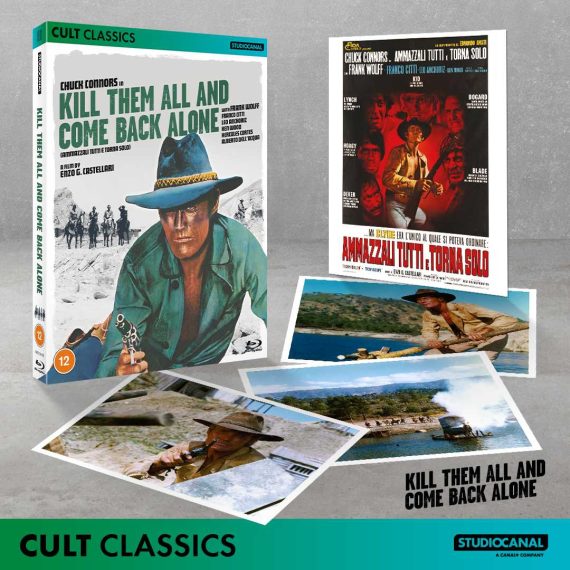