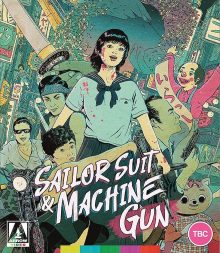 In 1981, independent production company Kitty Films (who started out as a record company, Kitty Records) bought up the rights to adapt Sailor Suit and Machine Gun, a novel by popular author Jirô Akagawa, for the big screen. Starring a then up-and-coming young pop star, Hiroko Yakushimaru, who recorded the film’s theme song, it went on to be a big success in Japan, aided by the aforementioned massive-selling single.

The film won several prizes at the Awards of the Japanese Academy and went on to get two of its own spin-off TV series in 1982 and later in 2006. It even spawned a “spiritual sequel” in 2016 with Sailor Suit and Machine Gun: Graduation.

Despite this success in its home country, Sailor Suit and Machine Gun never really travelled abroad. In fact, reportedly none of director Shinji Sômai’s films have been released on home video in the West, despite being considered an influential figure on the current generation of Japanese directors. Those fine folk at Arrow Video are looking to make amends though, releasing Sailor Suit and Machine Gun on Blu-ray in the UK, US and Canada this month. Given my great love of Asian cinema, I thought I’d give the film a shot and my thoughts follow. 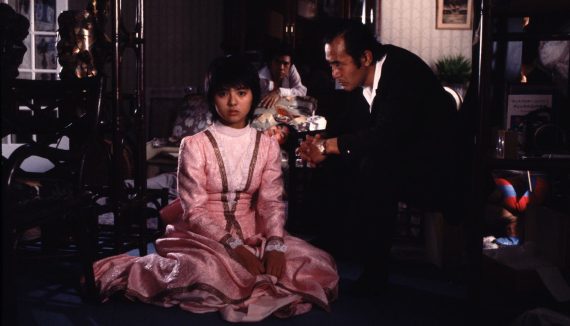 Sailor Suit and Machine Gun sees Yakushimaru play Izumi Hoshi, a young high school student who discovers that she’s inherited the title of chairman/boss of the Medaka Yakuza family after both the Medaka head and her father, his sole heir, both die around the same time.

She initially refuses to accept this role but, after discovering the four remaining members of the clan will fight to an inevitable death if she disbands the family, she agrees to lead the pitifully small group.

Her motley crew grow fond of her and despite having little experience of leading anything, let alone a Yakuza clan, she helps them improve themselves and even gain the family some more territory.

However, it soon comes to light that her father did not die in an accident, as Izumi was told, and the notoriously vicious gangster ‘Fatso’ (Rentarô Mikuni) starts to make life difficult for the Medaka family. He’s looking for a parcel of heroin Izumi’s father reportedly brought into the country before he died, but no one seems to know where it is.

Somehow mixed in with all of this is the mysterious Mayumi (Yuki Kazamatsuri), a young woman who appears at Izumi’s house claiming to be her father’s former lover. 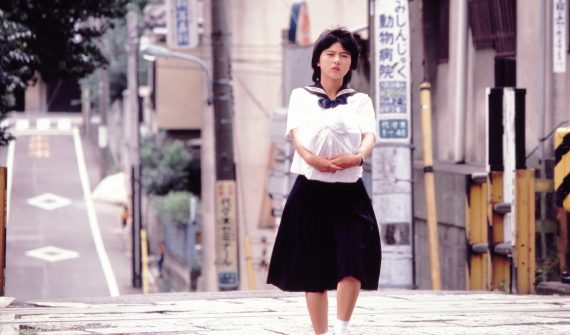 Sailor Suit and Machine Gun was not what I was expecting at all. From the title and various poster designs, I presumed the film would be a wild, exploitative action movie, but that’s not really the case. There are yakuza tropes, some action sequences, a little sex and a fair amount of comedy, but really, in essence, this is a bizarre coming of age drama. Whilst this wasn’t what I imagined, it ended up being much better than I hoped.

On top of the unusual concept, the film stands out through Sômai’s unconventional style. He liked to use long takes in his early work (this was his second feature as director, after working as an AD on Nikkatsu Roman Porno movies) and this is notably present here. There’s a particularly impressive long shot that goes from Izumi and her group of friends and yakuza having a long chat then follows them down the street, where they bump into a biker gang before Izumi gets on a bike and drives off down the road, with the camera following for a fair distance. 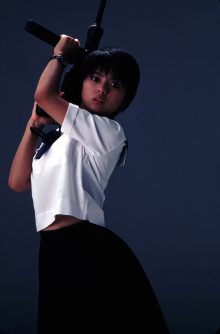 Sômai liked to give his actors a real physical presence and control over the scene. He didn’t like to give them clear advice on what to do, instead running through a lot of rehearsals and letting them play out the scenes in his long takes. As such, some of the performers’ actions can seem quite spontaneous and unusual, and the camera, which often roams around the scene, can move into positions that have foreground objects obscuring the audience’s view of the players.

This approach is an unusual one and the film won’t cater to all tastes (which makes its great success in Japan all the more surprising). The film feels rather long and leisurely paced too, which will put off some expecting a more exciting romp. It must be pointed out that I watched the extended cut though (I didn’t have time to watch both, which are included on this disc), so perhaps the theatrical cut is tighter, having lost a considerable 18 minutes.

I didn’t mind the added length and slower pace though. This is largely because I found the film thematically fascinating. For one, it explores its coming-of-age aspects in great detail. On top of typical tropes such as developing a sense of responsibility, the film looks at how a sense of trust can develop as you mature, through a wider perspective of who is ‘good’ or ‘bad’. There’s a strong sexual coming-of-age aspect too, though this is thankfully not exploited beyond some disturbing threats of assault.

Sailor Suit and Machine Gun intriguingly has Izumi take on a range of feminine roles among her small band of gang members too. For one, she is a motherly figure, another a surrogate daughter, whilst there are hints of her as a wife or lover with some of the men and the trio of male schoolfriends that worship her. With this and the fact the other strongest character in the film is also a woman, Mayumi, the film works as an exploration of the role of women in a traditionally masculine world.

So, it may not have been what I expected, but Sailor Suit and Machine Gun instead proved to be something truly special. Unique, rich and unusually stylish, it’s a remarkable film that might be an odd sell and won’t be to all tastes but can get under your skin if you let it. Here’s hoping Arrow release more of Shinji Sômai’s films in the future. 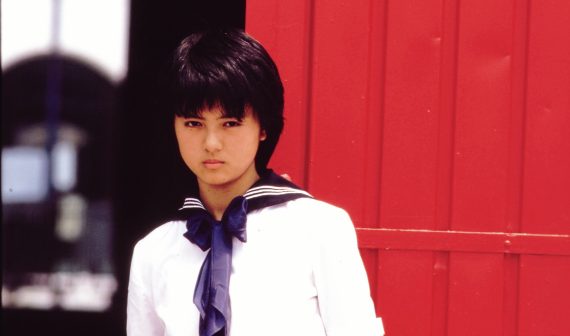 Sailor Suit and Machine Gun is out on 20th September on Blu-ray, released by Arrow Video. The film looks fantastic. The picture is sharp and detailed and the colours are pleasing. Audio is solid too, though the extended version is only available in mono.

It’s not a lot of extra material, but the ‘Girls, Guns and Gangsters’ documentary is excellent, giving a thorough look at the making of the film and the work of its director.

Having the option of watching two versions of the film is a huge bonus too, particularly as there’s not necessarily one definitive cut. The theatrical version wasn’t a butchered edit of the film, it was just Sômai’s initial cut made to fit within the double-bill time constraints of the film’s release. The extended version was released a year later, presumably in response to the film’s success and to coincide with the launch of the spin-off TV series.

It’s a decent release then of an unusual but deeply fulfilling film that fans of the quirkier side of Japanese cinema should definitely get their hands on.