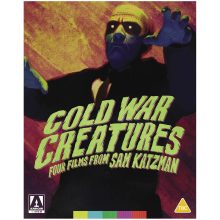 For most of human existence, war and pestilence have been at the centre of fear. The advent that the devastation of H-bomb wrought on Japan during the second world war put into context that science could be even more deadly. A whole genre of stories was (re)born, that sat somewhere between science fiction and horror.

Sam Katzman had a reputation as a opportunist producer of films. Whichever genre of film was en vogue or popular was churned out in quick time. As an example, between the years of 1935 and 1940 he was responsible for producing 30 feature films, mainly in the field of crime genre. It is the move towards action films in the early fifties where his legacy really grows.

By the middle of the decade, he had fully moved on from in age range to the young adult who was looking for something a bit more thrilling than tales of Jungle Jim. The Thing from Another World and its ilk were drawing large crowds to the film theatres and so Katzman set about producing a raft of features to cash in and entertain in equal measure.

Arrow Video have put together a selection of four releases in a set called ‘Cold War Creatures’ and I was eager to dip in and see if the stories held up or whether they were consigned to the same ridicule of the special effects of the time. 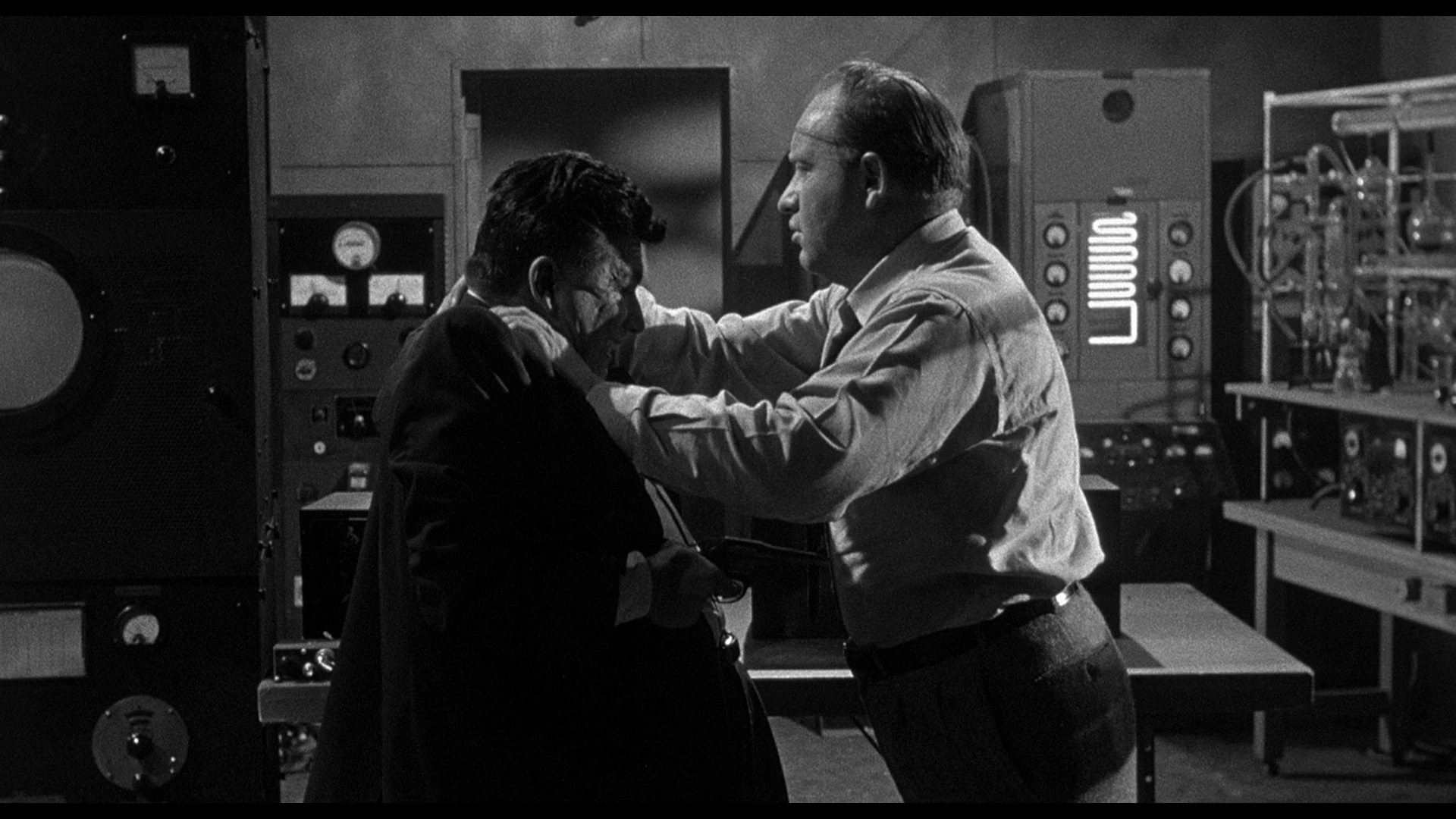 A gangster seeks to exact revenge on his co-conspirators on a crime only he was to be found guilty of. He teams up with a mad scientist to take corpses from the morgue and reanimate them with the help of radiation. These reanimated corpses (what we would come to see as zombies) were superhuman and unaffected by bullets or physical contact. They were the ultimate unstoppable force, a super soldier which could be controlled from some distance away with voice commands.

The good guys of law enforcement seek to catch who is responsible as the body count starts to rise. Making the connection between each of the victims is one thing, but can they make the link in time to save everyone. Will finding who is responsible be any good if they cannot take down the creatures with the atom brains?

While the look of the monsters borrows heavily from Frankenstein, there are only a few truly chilling moments during the runtime. It also gives a glimpse at many of the limitations that producing so many films in such a short space of time necessitates. However, this brings about its own joy to modern audiences as the effects of all films of this period have a certain kitsch nature.

This movie played as a B feature to the more celebrated ‘It Came from Beneath the Sea’. It is a solid story that produces enough intrigue and ideas to make for an interesting watch. 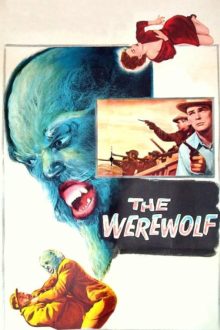 Like an old western, a stranger walks into a bar and orders a drink. Upon leaving the bar, he is set upon by a mischievous local. The local has walked into a fight he is ill prepared for as the stranger turns feral and mauls him, seen only by an old lady who screams in terror as the creature runs off.

A manhunt ensues while the man turned beast seeks to make sense of who he is and how he came to be, while those in his wake are unsure what it is they are hunting for.

While the werewolf story is one many people are familiar with, there is enough new here to sink your teeth into (excuse the awful and obvious pun) including a more human side than has been seen in many versions since. It’s the pick of the set, in terms of story-telling and making the most of its limited budget. There is genuine pathos in how the werewolf is not portrayed as a loner. An enjoyable watch, The Zombies of Mora Tau has the guts of a story that would later become more famous as John Carpenter’s ‘The Fog’. A group of opportunist treasure hunters believe there is a haul of expensive diamonds in amongst the wreckage of a sunken ship.

What appeared to be a straightforward operation is thrown into question, as they are set upon by zombies who seem intent on protecting the treasure. It is revealed that the crew of the fateful ship are hell bent on keeping the jewels for themselves.

It is a film with better ideas than execution, though it does have a strong sense of threat whenever the crew are on screen. It also features a commanding central performance by Marjorie Eaton as Grandmother Peters, the person who seems to know the most about the legend of the crew and the area. 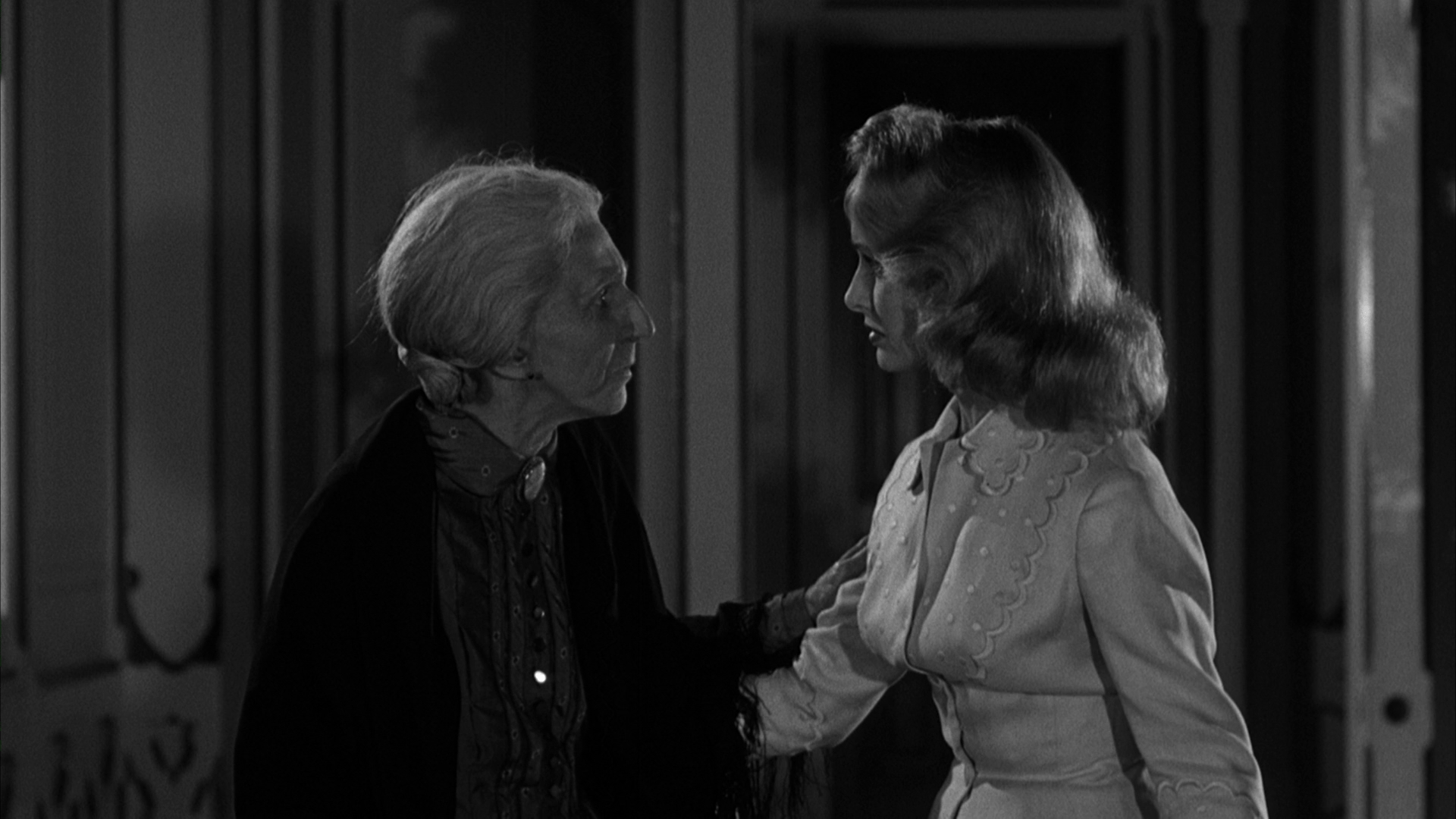 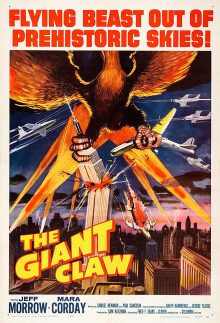 The last film of the set tells the story of a sighting of something in the air that is too large to be a plane. When planes are sent to investigate, some do not return. The mystery of what is responsible for the missing aircraft is not held for long as we soon find out it is an enormous bird like creature. The skies are not safe. The bird seems impervious to all attempts to stop it meet with the same sorry end.

There is little surprising about the film and while its reputation as a classically bad film is harsh, most of its struggles can be laid at the decisions taken with the design of the bird character. Katzman was a producer who was keen to maximise any profit from film to film. While he had worked with the effect master Harry Harryhausen in the past, the decision was taken to go with a cheaper option for creating the bird. The effects from the majority of films from this era have aged badly but in this case, I doubt they were considered impressive at any stage.

The bird model is similar to the caricature of a turkey, rather than a beast like version of the Thanksgiving and Christmas favourite. Every time the viewer is meant to be shocked, we are treated to the borderline hilarious sight of the ugly bird.

While it takes away from the stakes and terror of the film, it adds a certain pastiche to satires of 50s B Movie sci-fi. Of all the films, this contains the most believable relationships due to some decent performances but, I suspect that the film will remain a companion to the other releases in the set for many. 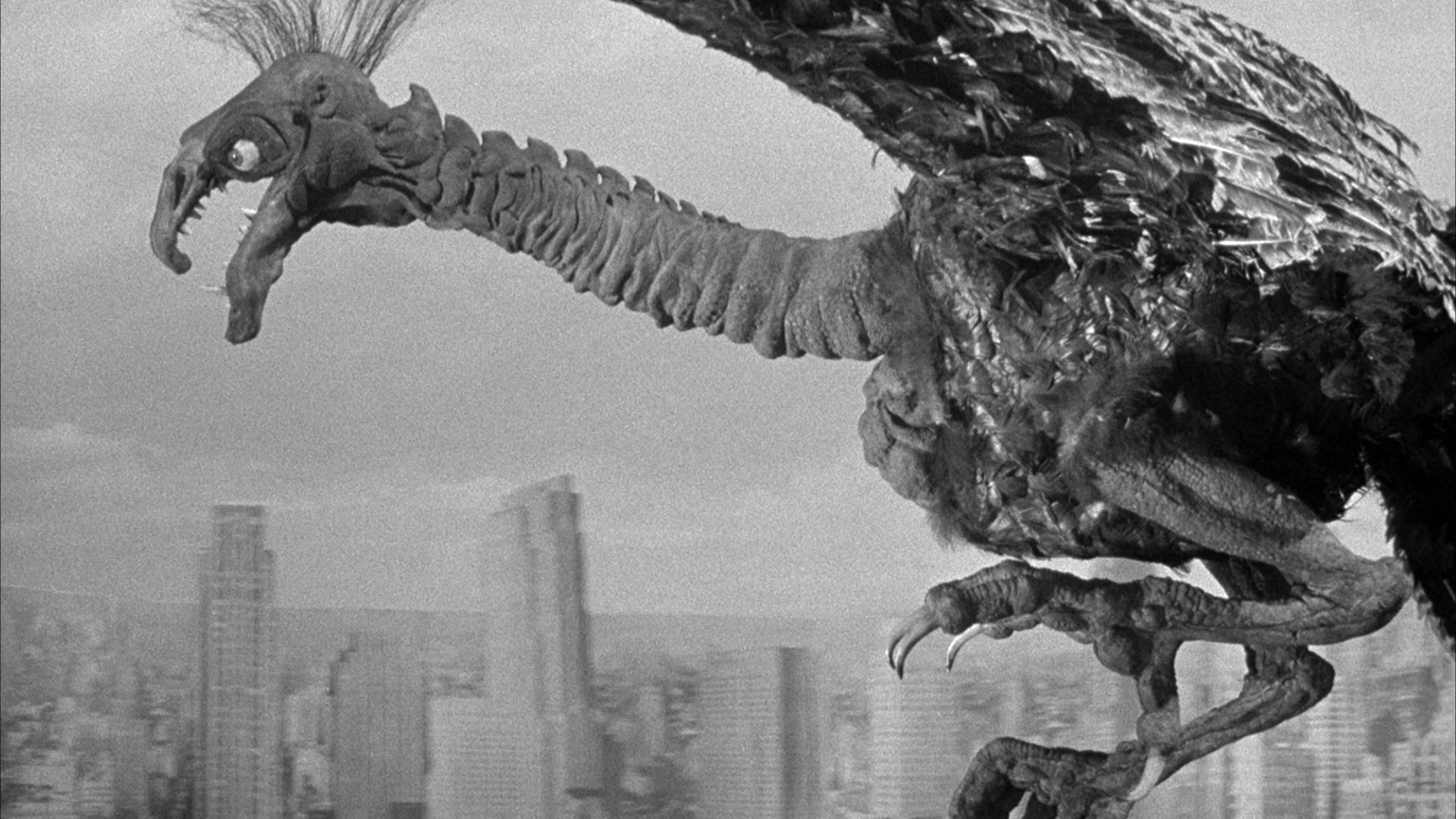 A healthy stack of extras for the films on display here. There are several highlights that sit squarely in the must watch category of this year’s releases. Each film contains a length introduction from Kim Newman. These are always a treat and act as a companion to each commentary track. The commentary tracks contain a mix of voices, which is always refreshing to see while making each worth listening to. I didn’t agree with all the observations about the films themselves but discourse about films of this nature is always interesting to hear.

The Before and Beyond the Cold War Creatures featurette is a lengthy doc which extolls the virtues of Katzman’s career. It was revealing to hear about how his direction and investment changed over the years in much the same way as the popular genres changed over a period of 40 years.

I was glad to see a feature on the role of women included. Some of the female characters are nothing more than cliché or stereotype and was curious as to whether this was a feature or directive from Katzman himself or indicative of the age itself.

The features on the monsters and the impact of the Cold War round out a diverse set of extras. Each has their own niche and are well constructed, in addition to adding to the discussion that surrounds science fiction B movies.

There are two books included with the release, one with additional images and another with writing about each of the films. I was not given these for review so cannot comment.

The overall package is one that is well worth checking out for fans of cult film, especially science fiction. Katzman is a producer that embraced ideas in the hope that he could cram theatres.

The release sits comfortably alongside the similar releases of provincial low budget cult films of William Grefe and Bill Rebane, so if you are a fan of either of those releases, this will complement those well. The extras promise that there are many similar films to be released from Katzman so I eagerly await a second volume of the Cold War Creatures.