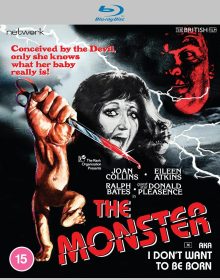 Based on an original story by Nato De Angeles, The Monster is a ‘high concept, low delivery’ sort of film, where the sheer ridiculousness of the core idea around which the plot revolves is so preposterous that it’s hard to take any of it seriously. This is a shame since the game cast give it their all to make us believe that a small baby, even quite a big one, could be responsible for the mutilation and deaths of a number of adults that it comes into close contact with.

The silly story sees Lucy (Collins) and Gino (Bates) having their first child, under the supervision of Dr Finch (Pleasence). The baby is a ‘monster’ and is very big – 12lbs. After the new-born manages to scratch its mother the couple take their ‘trophy’ home and peculiar things start to happen. The baby’s nursery gets smashed up at night, the window blinds get pulled apart and the baby becomes increasingly aggressive towards not only its mum but also towards anyone that gets too close, including the vicar that tries to baptise it and a nightclub owner who [Spoiler alert] might actually be the real father. 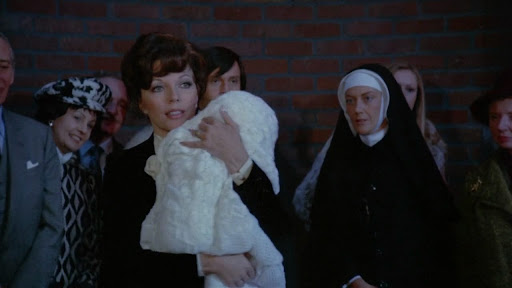 Lucy reveals, with the aid of some unintentionally hilarious flashbacks, replete with some excruciatingly badly done narration by Ms Collins, that when she used to work at a strip club, before she met her husband, her dwarf assistant (yes, you read that right!) came on a bit strong after a performance so she told him where to go and he then proceeded to curse her and her first child; hence now she believes that her baby is possessed by an evil dwarf! And now, sometimes, when she looks at her baby she sees the face of the nasty dwarf instead of her baby’s – this is admittedly quite freaky!

Any film that has a baby punching, hanging and decapitating grown men and features said bonny baby also being exorcised by a nun is certainly not dull, but The Monster suffers because of an overly ridiculous premise and some over-acting by Joan Collins, who is both brilliant and brilliantly awful in this film. Whenever Joan is in a scene the smell of cheese is over-powering… Both Donald Pleasence and Ralph Bates are underused, although they’re their usual dependable selves whenever they’re given the chance to shine a little (apart from Bates’s dodgy Italian accent), and Eileen Atkins and Hilary Mason provide excellent support too. However, it’s a real shame that Caroline Munro’s voice was dubbed, since this over-voice does her no favours. 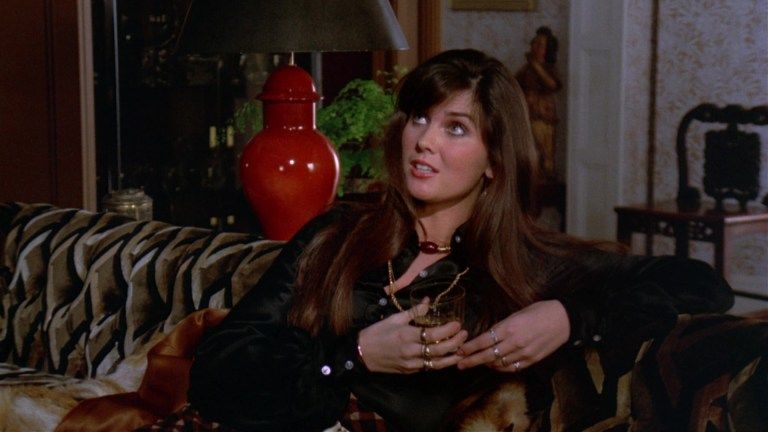 Sasdy’s direction ‘does the job’, but is, for the most part, pretty uninspired, apart from a few dream/flashback sequences, which have a strangely sleazy quality to them, and the music, by Run Giainer is nothing to write home about. And the script, which is basically about a child taking revenge on others for being born, struggles to maintain the right levels of credibility.

Network is distributing The Monster on Blu-ray. Special features include:

Sasdy’s Baby (23.5 mins) – The director talks about The Monster and some of his other films. Apparently he had a great time working with Joan and he had three Dames working on the movie.

The Excisist (10 mins) – Keith Palmer, the editor on the film, explains that the original title for the film was ‘The Baby, and that they had to add in a number of cut-a-way shots to pad out the running time as it was deemed too short initially.

Holding the baby (14.5 mins) – A dual talking heads interview with Renee Glynne – the film’s continuity girl and Brenda Dabbs, the wardrobe supervisor. We discover that the director pushed Eileen hard on the exorcism scenes, trying to get it all done in one continual take, and that Donald Pleasence was a size 8 foot size.

Alternative titles (3.4 mins) – Features the ‘I don’t want to be born’ moniker

Theatrical trailer (2.5 mins) – A rather strange one, with peculiar pacing; however, I like the tagline: “Baby, baby, why do you cry? You didn’t want to be born so you make us all die!”

Audio commentary with Dr Laura Main and Dr Adrian Smith who normally present the ‘Second features’ podcast. They reveal that the Rank gong was actually made of paper Mache and that there were at least seven different titles for the film, one of which was ‘It grows inside her’! 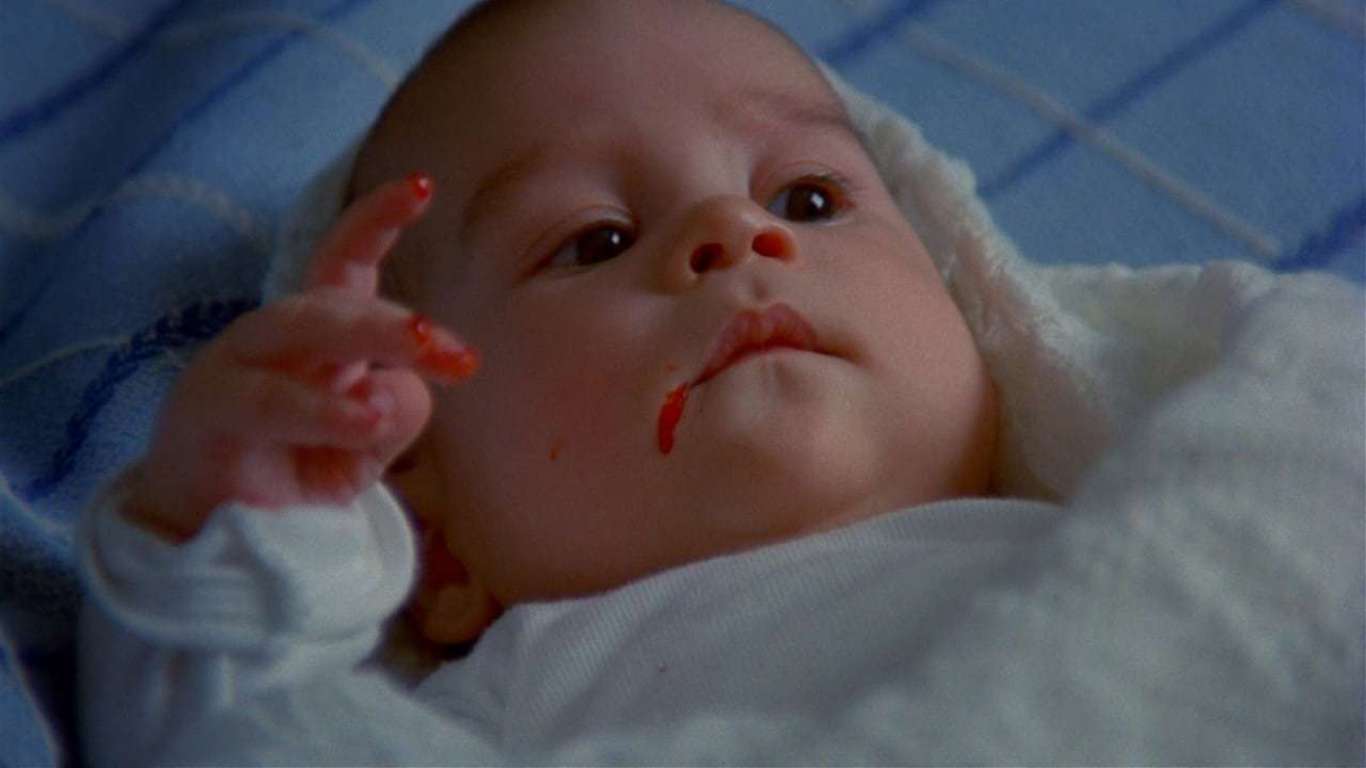