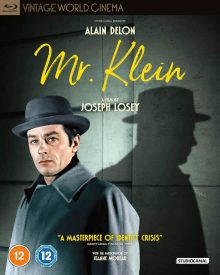 The subject of their collaboration with the Nazis during WWII was not one the French wanted to present on screen for many years after the war. Marcel Ophüls’ 1969 documentary The Sorrow and the Pity was the earliest notable exception to this, though it was denied a French television screening until 1981. The film was a critical success elsewhere though, winning a number of American and British awards in the early 70s, when it was screened over there.

A few years after The Sorrow and the Pity was released abroad and a few years before it was screened on French television, another notable but very different film was produced on the subject, Joseph Losey’s Mr. Klein. It wasn’t a financial success, but picked up a trio of major awards from the French César Awards, suggesting the country was ready to tackle the subject of their collaboration with the Nazis, at least in this more oblique form, as opposed to Ophüls’ head-on assault of the subject. 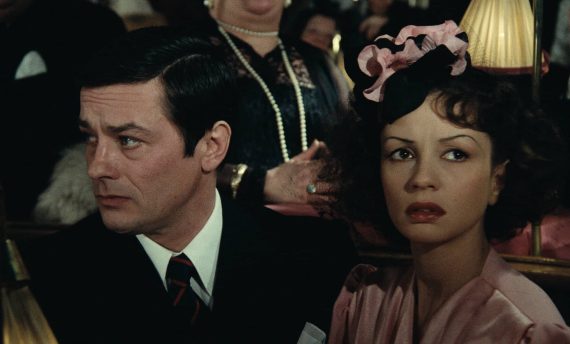 Mr. Klein has gone on to be considered one of Joseph Losey’s greatest films, alongside The Servant, and Studiocanal are giving both films new releases in September. The former will receive its UK Blu-ray debut and the latter is getting the deluxe UHD treatment, as well as new DVD and digital releases for both. I didn’t want to hog both films and had only recently bought The Servant on Blu-ray, so decided to just cover Mr. Klein for review. My thoughts on the film and disc follow.

Mr. Klein is set in early 1942 and sees Alain Delon (who also produced the film) play the titular character or, should I say, one of them. You see, the Mr. Klein we follow in the film is an art dealer who profits from buying paintings for low prices from desperate Jewish sellers. One day, he receives a copy of a Jewish newspaper through the post, marked in his name. He reports this to the police, to make it clear to them that he’s not Jewish. 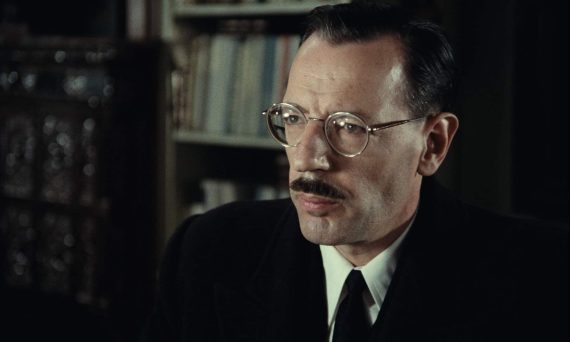 The police tell Mr. Klein there is another man of the same name living in Paris who is Jewish and under their watch. They don’t seem convinced of the art dealer’s innocence though and won’t give him any contact details of the other Mr. Klein. So, our protagonist begins his own obsessive investigation into his doppelganger (the man reportedly looks very similar to him). He unveils a confusing portrait of a man living in a rotten slum whilst also cavorting with the upper classes.

As the authorities put further pressure on Mr. Klein and the threat of the upcoming Vel’ d’Hiv’ Roundup looms in the background, time is against him in discovering the truth and clearing his name.

My experience of Joseph Losey’s filmography is limited to only one film, Eva, which I reviewed last year (https://blueprintreview.co.uk/2020/09/eve-indicator/). Whilst I appreciated Losey’s direction, I found that film a little cold and difficult to really fall for (it didn’t help that it wasn’t my kind of thing, in general). As such, despite the great praise heaped on the film, I was slightly hesitant in approaching Mr. Klein. 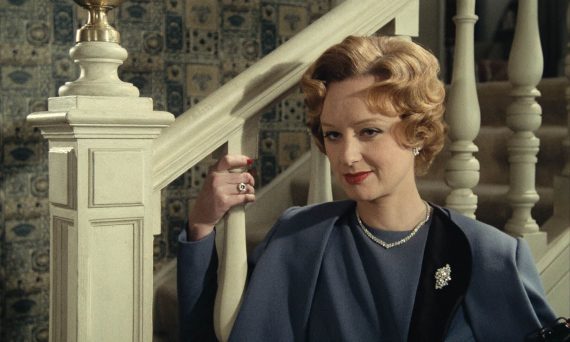 Mr. Klein is actually equally as cold, if not colder than Eva, but it’s in keeping with the film’s theme, so the tone fits perfectly. Mr. Klein explores themes of (to borrow from Michel Ciment’s comments in the extras) anti-semitism, humiliation, identity and, perhaps most crucially, indifference. It’s this latter theme that is embodied in the film’s cold tone. Losey and screenwriter Franco Solinas explore the idea that many French people, rather than being actively involved in the persecution of the Jews, were simply indifferent to it.

The film implies that many turned a blind eye to what was going on, which is reflected in the fact the characters rarely openly acknowledge what is happening to the Jews or what they expect the Nazis have planned for them. We see very few Nazi officers either, if any. A brutally humiliating opening scene where a woman, stripped naked, is rudely examined and tested for any Jewish or other ‘unsavoury’ ethnicities, sets the scene for the audience, so they are aware of the situation from the offset. After that, however, other than a particularly offensive cabaret show in the middle of the film and the shocking finale, signs of persecution and anti-Semitism are largely implied or set in the background. It’s obvious what’s going on though and this casts a shadow over everything. The way short snippets of preparation for the Vel’ d’Hiv’ Roundup are intercut throughout also help build this sense of dread. 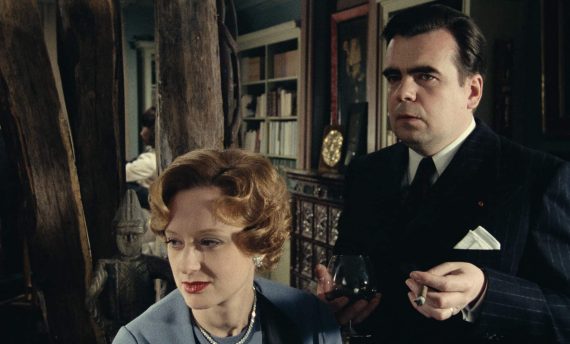 This idea of indifference spreads further throughout the Mr. Klein character. Not only does he have little sympathy for the Jews, but he also shows little love to those around him. Even his two mistresses, played by Juliet Berto and Francine Bergé, who care dearly for him (particularly the former), are shown no warmth or compassion. The only character Mr. Klein shows any interest in is the other Mr. Klein, and this is largely due to his desire to save his own skin, on top of an obsessive curiosity as to why he was targetted for this ‘attack’.

The audience aren’t allowed to empathise with Klein either. He’s shown to be a selfish, cruel man. This could have caused me to find the film as difficult to engage with as Eva, but Delon’s performance keeps the character watchable and compelling. It’s a minimalist but incredibly effective portrayal. Underneath his stony exterior lies enough subtle expression to reveal hidden textures within Klein’s self-centred personality. In the extras, it’s claimed that Delon feels it’s the best film he’s ever starred in, which is quite a claim considering the number of classics he made over the years. 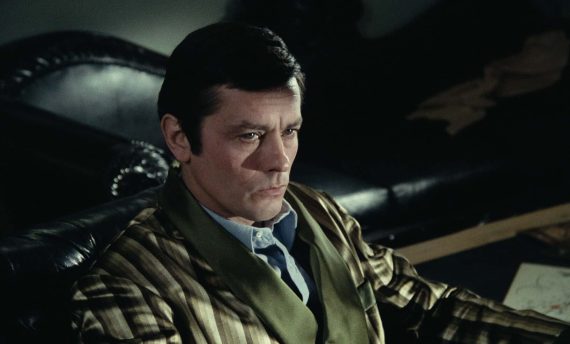 Moving away from its themes, before I wind things up, Mr. Klein is a beautifully crafted film. Losey and his cinematographer Gerry Fisher often shoot in long takes, with some carefully blocked out, complex sequences involving movement of both the actors and camera.

The film has a fairly deliberate pace, but the central mystery and Delon’s cooly captivating performance keep it engaging. Don’t expect any easy answers to the mystery though. This is kept quite ambiguous right up to the end. This ambiguity is matched throughout, avoiding any simple black-and-white depictions of sides of the conflict, making for a psychologically and sociologically fascinating and complex film.

Overall then, it’s a spellbinding slow-burn mystery with the dark shadow of the Holocaust and France’s involvement in it looming over everything. Impeccably directed and performed, it’s a masterful spin on the thriller, war and Holocaust film.

Mr. Klein is out on Blu-ray, DVD and digital platforms on 13th September in the UK, released by Studiocanal as part of their Vintage World Cinema range. I watched the Blu-ray version and it looks and sounds great. It has a pleasingly natural and detailed picture with slightly muted colours (presumably as intended). I only spotted one brief bit of damage in the form of a faint line on screen for a few seconds.

Jean-Baptiste Thoret’s introduction gives a solid overview of the film and its themes, so is worth a watch. However, I’d suggest not watching it before the film (which is given as an option when you hit play), as he describes some elements that are only subtly implied until later on, so some of the mystique may be a little spoiled.

The fairly lengthy (45-minute) interview with Michel Ciment is fantastic. He provides a rich analysis of the film that is rather academic but never feels pretentious or over-reaching.

The editor interview is decent too, providing a first-hand account of the production. It seems fairly honest and makes for interesting listening.

It’s a solid set of extra features then. Not amazingly extensive perhaps, but everything included is of value and enriches your understanding and appreciation of the film. Highly recommended.