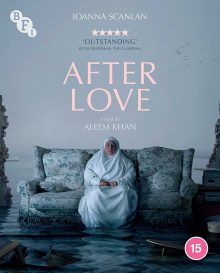 Modern cinema is awash with alternate love stories. Stories of love across divides, whether they be gender, cultural or location have been told many times. Stories about love and how it endures, morphs and changes across the painful barrier of death being breached are fewer.

Step forward Aleem Khan, with his directorial and writing feature debut, After Love, released and supported by the BFI. It tells the story of Mary, a woman who in the early moments of the film, loses her husband and life partner, Ahmed. Although he passes away peacefully, the torment for Mary is only starting. While going through Ahmed’s personal belongings, she finds an identity card of an unknown woman alongside an old mobile phone filled with messages that hint at a hidden relationship.

Mary goes through life as if she is one that has died, silent and stoic, while all around her emote and grieve. She does not engage or even see people. When she goes outside, there are not many people to be seen. She must get some answers to the questions that have been raised. Upon travelling across the channel to Calais, she arrives at the address she has found. Upon meeting the owner of the house, Mary is assumed to be a cleaning lady and invited in where she finds, among other things, that Ahmed had a son.

The film moves through as Mary explores her husband’s other life, and the people involved in it. She rarely speaks aside from speaking to pray. Pray to a religion that she adopted so that she could be together with her husband. The duality of both her life, her culture and the double life that her husband has been leading all come into stark focus for Mary as she builds a relationship with the other woman, Genevieve.

There are references to pain in her past as well, as well as the world mourning with her as the director Khan leaves a trail of images and ideas to accompany Mary’s distress and shock.

The film hingers on some three performances, that of Mary herself (played by Joanna Scanlan), the woman on the side, Genevieve (Nathalie Richard) and her son, Solomon (Talid Ariss). All three performances are of the highest standard as each exudes the vulnerability that accompanies devotion to another person.

The sound and orchestration is reminiscent of the similarly themed David Lowery’s ‘A Ghost Story’ with its scratchy string orchestration and discordant tones. It is befitting of the unsettled nature of the story and mind state of the cast. 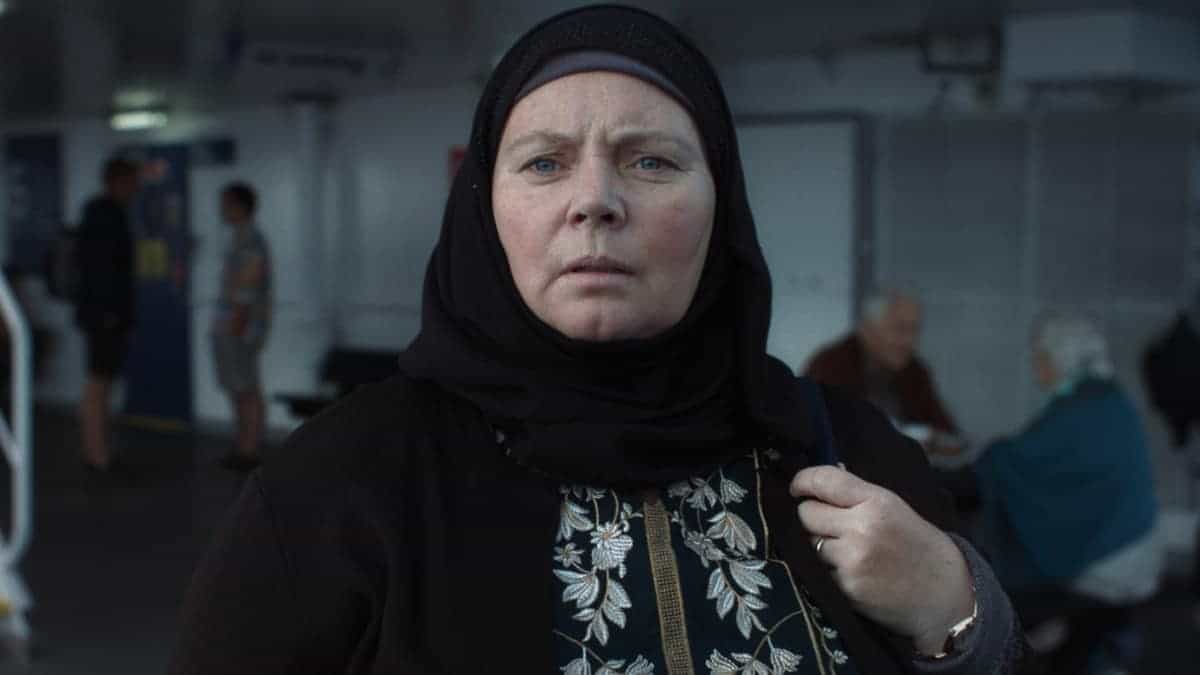 A full Audio Descriptive presentation of the film

After Love Q&A (2021, 46 mins): director Aleem Khan and actors Joanna Scanlan and Nathalie Richard talk to Isra Al Kassi for BFI At Home. Recorded remotely in May 2021
Three Brothers (2014, 17 mins): Hamid struggles to care for his younger brothers when their father abandons them for Pakistan. A short allegorical drama about dealing with grief and responsibility, inspired by true events
Trailers
Fully illustrated booklet featuring an essay on the film by Isra Al Kassi

The Q&A between the director and two female leads gives a wonderful insight into the inspiration of the story and how it reflects and is inspired by Khan’s own life. Richard and Scanlan are in full supportive voice as they speak glowingly about the parts they got to play in the production. Overall, a thoroughly enjoyable supplement.

The short film Three Brothers is an equally affecting tale of three young brothers who are trying to survive without the presence of their maternal father. They struggle for food, get into trouble in school while trying to keep as tight a family unit as they can. This tale of neglect packs a lot in its 17 minutes.

The booklet is a real treasure trove. It starts with a statement from the director, which uses a photograph of his mother and grandfather as inspiration for the telling of the story. An essay contrasting Mary with Genevieve and the cultural differences and biases that are contained within the story. There is also an essay looking at the Muslim faith, which plays a large part in the background of the film. It reinforces how Mary continues to practice even when the reason for her conversion is gone. The booklet ends with notes from the producer and an interview with Aleem Khan himself. This booklet sits at the upper end of the literature that can be found in recent blu ray releases.

After Love is a compelling and emotional story that is affecting throughout. The audience are held breathless for the long periods where Mary does not speak. Joanna Scanlan’s performance is one of the best I have seen of the year, and in turn, the film sits at the top of this year’s releases. It is a must buy film and a resounding endorsement for supporting new voices and visions in British cinema.