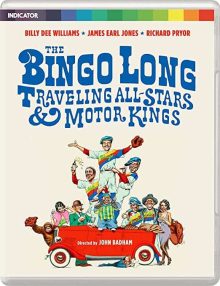 During the first half of the twentieth century, when racial segregation was still rife in the US (and even law in some states), there developed so-called ‘Negro leagues’ in baseball. The teams in these leagues, as the name makes clear, were made up of black players and the games, in their heyday, attracted huge audiences. Some of the ballplayers became big names in the sport and, though the separation from the white leagues made the racist attitudes in the US clear, the leagues helped its black players command some level of success and respect in the country.

When black players were eventually introduced into the white major leagues, the negro leagues soon dissolved. Whilst the removal of this segregation is obviously a good thing, many saw the disappearance of the leagues as a shame. Often run by black promoters and managers too, they were something the black community owned and were proud of.

Looking fondly back at this period is John Badham’s loose 1976 film adaptation of William Brashler’s 1973 novel The Bingo Long Traveling All-Stars and Motor Kings. Badham grew up watching the Negro leagues as a kid and he puts his rose-tinted memories on screen in this, his feature film debut as director.

Indicator are unearthing Bingo Long (I’m not going to continue to type out the full epic title) on Blu-ray and I figured I’d take a look. 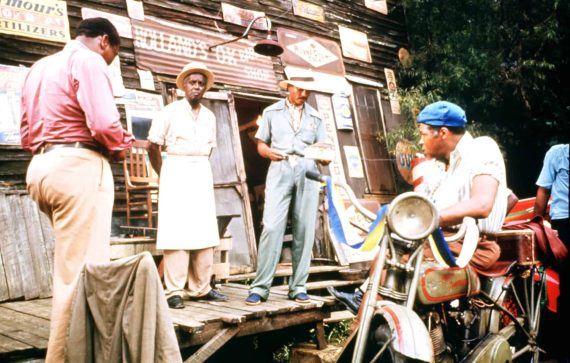 Opening with a newsreel showing Adolf Hitler stirring up trouble in Germany before moving on to the Negro leagues, Bingo Long is set in the late 30s, at the peak of the leagues’ success. The titular character (played by Billy Dee Williams and based on real-life player Satchel Paige) is a famous pitcher who gets fed up with the ill-treatment of team owner ​​Sallison Potter (Ted Ross). The last straw comes when Potter docks the whole team’s wages in order to send injured player Rainbow (Otis Day) home, not to receive any support, simply getting sacked from the team.

Long is inspired by Leon Carter (played by James Earl Jones and based on Josh Gibson), a batter from an opposing team, to start a revolution. So Long convinces Carter and several other top players to create their own team, the titular Bingo Long Traveling All-Stars & Motor Kings. In two convertibles and a motorbike, the team travel the country, finding games with whoever will take them.

The other team owners aren’t happy about this player-controlled team snatching their best names and making money all across the US though. Potter is particularly enraged, so sends his two goons (one of whom is played by Dawn of the Dead’s Ken Foree) out to sabotage Long’s games. 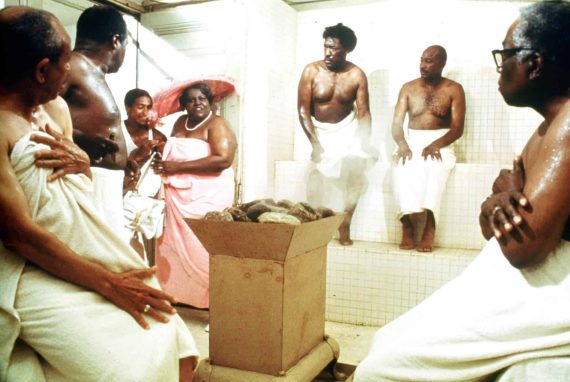 Bingo Long charts a fascinating period of history but doesn’t quite bank on it as effectively as I’d have hoped. The film tries to have its cake and eat it too, in how it crams comedy, affectionate historical recreation and social commentary all into one film, meaning it all seems a bit skimmed over.

Most notably, the way it handles racism could have been more powerful. There’s a shocking sequence when Long’s team first play a white one and are taunted, verbally abused and become the subjects of cruel pranks. This is swiftly negated though when Long starts to make light of the ill-treatment and uses clownish japes to win over the largely white crowd.

There was a team like Long’s that became famous for having fun on the field with tricks, jokes and shows and such, so it’s based on reality. This idea also brings up an interesting debate, whether Bingo is right to resort to acts that could be seen as humiliating to avoid lynching or other forms of racist assault. This also touches on the subject of white society seemingly accepting black people as entertainers before accepting them as human beings. 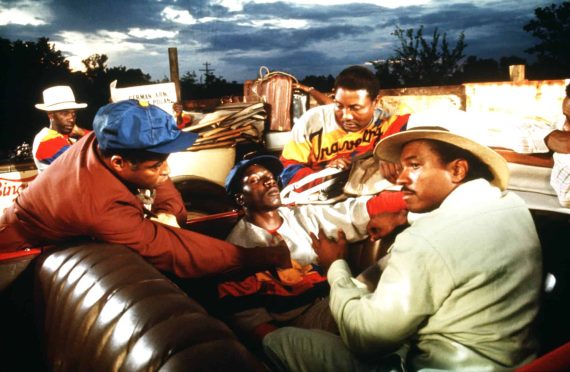 The film never truly digs into this though, instead continuing to fall back on its comic side. This wouldn’t be a problem if the comedy were stronger. It’s lightly humorous rather than hilarious. As such, it’s an enjoyable, audience-friendly film but you’ll hardly be splitting your sides.

Bingo Long is solidly crafted though, with Badham showing from this early stage that he was a safe pair of hands (he’d go on to direct a number of popular films in the late 70s and throughout the 80s, including Saturday Night Fever, WarGames and Short Circuit). Great care is taken in recreating the period and the film breezes along quite nicely, with a lively (but slightly overplayed) New Orleans jazz score keeping rhythm. The film was co-produced by Berry Gordy through his Motown company and song and dance play a big part here.

The cast is strong too. Williams is suitably charismatic and passionate in the lead role. It’s a shame he’s largely only known now for playing Lando Calrissian in the Star Wars films when he could (and likely still can) be a great leading man. Speaking of Star Wars alumni, James Earl Jones is also very good here. He plays the more cynical side of the central pair and his character is suitably intelligent and proud. Richard Pryor’s character is more throwaway but he has some fun scenes as well as a surprisingly violent one. 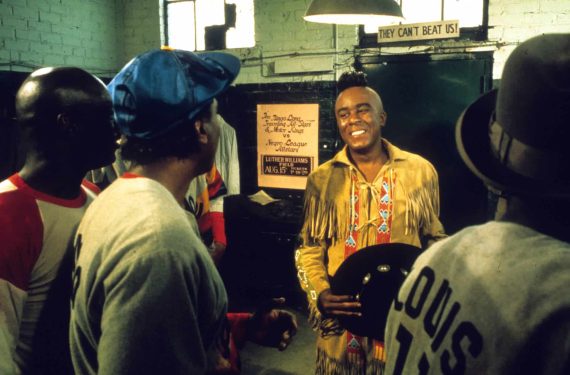 Overall, The Bingo Long Traveling All-Stars & Motor Kings is a lightly entertaining and charming period romp that’s easy to watch but a little too slight to be all that memorable. The racial divide is ever-present but never overstated, which quietly adds substance to the otherwise throwaway nature of the film. It’s perhaps a little too understated to make much of an impact but at least it’s there. The film is well-performed and produced enough to be of value too, so it’s certainly worth a watch.

The Bingo Long Traveling All-Stars & Motor Kings is out on 30th August on Blu-Ray in the UK, released by Indicator. The picture quality is very good, with a clean print, natural grain and rich colours. The audio is pretty sturdy, but I must admit I found some of the dialogue a little difficult to make out. This is likely down to the occasionally thick accents and frequent use of old-time slang though, that I couldn’t always get my head around.

There are a handful of special features included in the Limited Edition package too: 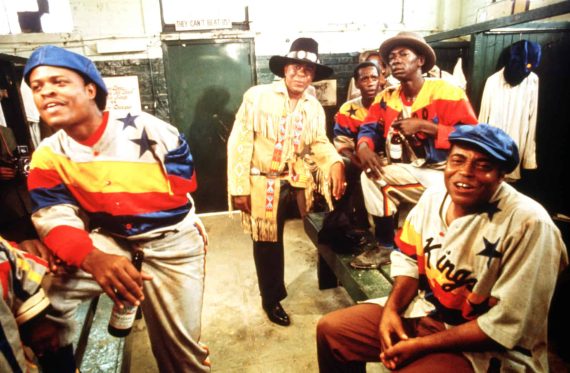 Badham provides a decent director’s commentary, talking about the true-life inspirations behind the characters as well as telling some illuminating stories from the production. His trailer commentary also gives a brief overview of what inspired the director to make the film.

The ‘There Was Always Sun Shining Someplace’ documentary is an excellent addition to the set, telling the true stories of the negro leagues. It’s a fascinating tale that reminds you of that shocking period of segregation in America, but shows how some were able to break those boundaries through baseball. Like in the film, there are plenty of warm recollections of the leagues as well as talk of their demise. The documentary is beautifully made too, filled with wonderful period photographs and film material, as well as interviews with some of the players. Its style is reminiscent of that of Ken Burns but it was made when he was only just getting started and hadn’t become a household name yet.

As ever, the booklet is a treasure trove of essays, interviews and period reviews. There’s even a fun piece on a publicity stunt that saw the Bingo Long All-Star cast take on the Bad News Bears cast in a baseball game.

So, whilst not one of their more stacked discs, it’s still another fine release from Indicator.