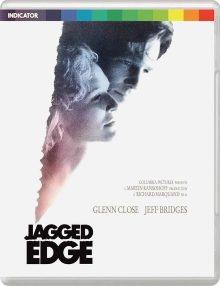 Indicator continue their trend in releasing interesting and often surprising titles with a handsomely remastered limited edition Blu-ray of Richard Marquand’s 1985 thriller Jagged Edge. The film made a lot of money back in the day but didn’t impress the critics, getting a bit of a lukewarm response in the press. The critics don’t always get it right though and some films can mature with age. So, I thought I’d take a look at Jagged Edge to see if Indicator were justified in resurrecting this largely forgotten 80s hit.

The film opens with the brutal murder of Page Forrester (Maria Mayenzet), a wealthy woman from a prestigious family, as well as her maid. With Page’s husband Jack (Jeff Bridges) set to inherit the fortune he previously had no real control over, all fingers point to him as the culprit.

Jack, of course, proclaims he is innocent and approaches Teddy Barnes (Glenn Close), who had previously given up practising criminal law, to be his lawyer. She takes on the case and pits her wits against those of district attorney Thomas Krasny (Peter Coyote), whose corrupt, heartless methods were the main reason behind her earlier change of career focus.

Whilst she, the court and the audience try to figure out whether or not Jack murdered his wife, Teddy falls in love with the accused and form a passionate relationship. As the film goes on, however, neither we nor Teddy know who to trust. 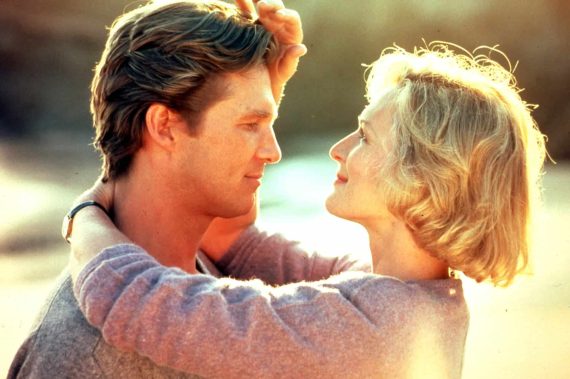 In my mind, the film was one of the first examples of the giant wave of legal thrillers that really took off during the 90s, once John Grisham adaptations became all the rage. Whilst courtroom dramas existed long before Jagged Edge (Anatomy of a Murder and To Kill a Mockingbird spring to mind), these didn’t have the same level of threat towards its lawyer protagonists, or as much sex, violence and excitement as the likes of The Firm or The Pelican Brief. 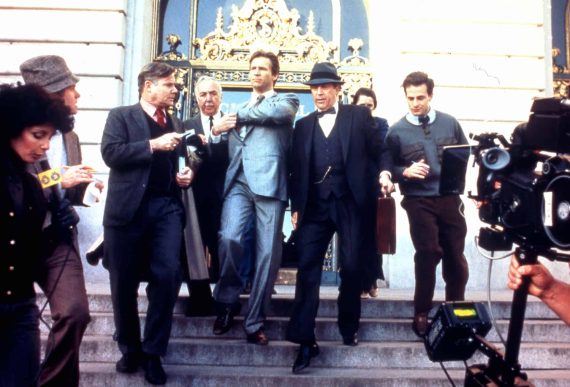 Nonetheless, the film does have some predictable beats and, though a good job is done in keeping you guessing, for the most part, the final twist is hardly shocking and I managed to piece everything together before Teddy does (admittedly only a few minutes prior). I could have done without the scenes of Teddy’s family life too, which are a bit perfunctory.

Stylistically, Marquand’s direction is a little bland too. The opening murder is particularly cheesy, not helped by an overblown music cue and thunder and lightning crashing outside. However, Marquand does craft a solid, compelling, audience-pleasing thriller. He can be seen as a bit of a director-for-hire with his diverse yet fairly unremarkable filmography, but he was a safe pair of hands, which is likely why George Lucas entrusted him with finishing off his original Star Wars trilogy with Return of the Jedi. Sadly, Marquand died relatively young from a stroke at 49 and got into the film industry quite late on, so never got a chance to become a household name with a truly great piece of work. 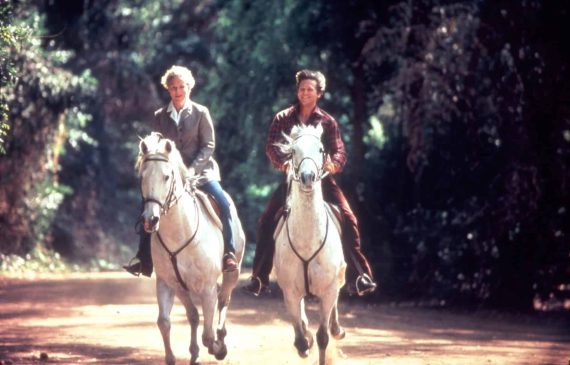 Jagged Edge shows his potential though, regardless of any less inspiring aspects of the film. Aiding its success is a fantastic cast. Both Close and Bridges had already earned 3 Oscar nominations by this point and they deliver the goods with typical aplomb. Close shows both strength and fragility as the conflicted Teddy and Bridges has the charisma and sex appeal required to play the manipulative Jack. Robert Loggia was the actor who got nominated for an Oscar for his work in the film though and he is very memorable in his role as Teddy’s wisecracking assistant. Peter Coyote makes for a wonderfully unlikeable alpha-male villain too. He revels in delivering some of the film’s best hard-boiled dialogue, such as the classic “The guy had a rap sheet as long as my dick.”

The great John Barry composed the score and, whilst the aforementioned murder scene cue is a bit much with its blaring synth chords, overall it’s quite simple and minimalist. Mainly consisting of piano and flute (with a very subtle synth string undertone) it’s a beautiful, understated score that proves very effective.

All-in-all Jagged Edge is a well-crafted, engrossing legal thriller that proved a bit of a gamechanger in Hollywood. It may have been surpassed by some of the similar films that followed, but it still holds its own as a solid piece of entertainment. 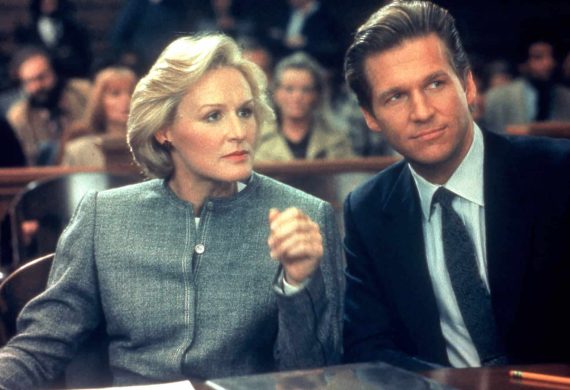 Jagged Edge is out on 30th August on Blu-Ray in the UK, released by Indicator. The picture quality is very good, with a healthy, natural grain and rich textures. Audio is strong too, with both stereo and 5.1 options.

There are plenty of special features included in the Limited Edition package too:

Bridges’ lengthy interview runs under the film like a commentary. It’s an enjoyable piece that discusses his whole career up to that point, a few years after the release of Jagged Edge.

Editor Sean Barton gives an amiable interview too, with some lovely stories to tell, yet remains quite honest about some less than friendly producers and such. He also states that it was a rare occasion when no scenes were deleted. Some were shortened or lengthened but the script was so tight nothing was outright lost. He worked regularly with Marquand, so has much to say about the director. They were both Brits and got on well.

Writer Joe Eszterhas is as frank as you might expect in his open and compelling interview. He speaks several times about his passion for writers standing up for their work and also has fond memories of Marquand.

The short piece on the music is great too. David Huckvale runs through the film’s cues, playing them on the piano and explaining how they work.

The booklet contains an essay that discusses the noir-ish trappings of the film and the trends it prompted in Hollywood following its success, as well as archive interviews and reviews. It’s a must-read as always and justifies the premium price tag of the limited edition release.

So, another strong release from Indicator. Recommended.