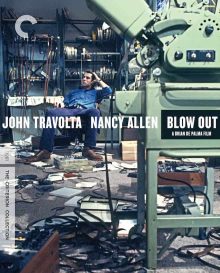 Blow-Out opens with an elaborate joke. Via a lengthy steadicam shot, the viewer is put in the position of a heavy-breathing killer peeping in through windows of a college dormitory. We share his point of view as he watches several barely dressed women cavorting in their rooms, before moving inside and preparing to stab a showering student. It’s a compendium of cliches from late 70s slasher movies, and not a promising start. But then – HA! – it turns out this isn’t really De Palma’s film at all; it’s a scene from a film within the film, a cheap exploitation movie being worked on by the real protagonist, sound effects technician Jack Terry, played by John Travolta. It’s a fun, memorable trick, even for a director known for his cinematic flair, but it also raises some unintended questions: what qualities separate the ‘real’ film that follows from the parody we just saw? How different is De Palma from the low budget filmmakers he mocks? Uncomfortably, in the case of Blow Out at least, the answers lie more in style than substance.

The plot is reminiscent of both Blow Up and the Conversation. In the first, a photographer may have a picture of a murder. In the second, an audio recording is key. In Blow Up, the crucial clue is found in a combination of sound and image. While out recording background audio, Jack Terry witnesses and records a Chappaquiddick-style crash: a car containing the Philadelphia Governor and his lover plunges into a river. The Governor dies but Jack is able to save the woman, Sally Bedina, played by Nancy Allen. Something about the incident seems suspicious, and when film footage of the crash emerges, Jack uses his skills as a filmmaker to demonstrate foul play, in the process uncovering a political conspiracy and putting Sally’s life in danger.

It’s here that the comparisons with Blow Up and The Conversation end. Those films use their mysteries to delve into the psychologies of their characters. Blow Out uses its characters to build a series of suspense sequences, several of which – not unlike the slasher movie at the start – dwell nastily on the deaths of attractive women. Jack becomes more and more obsessed with proving the truth, a situation the film explains through a flashback to a past mistake, but too often his actions are driven by the needs of the plot, rather than consistent motivation. Sally is even less convincing – in the extra features Nancy Allen discusses having to play her as childlike to make sense of her behaviour. Nor does Blow Out have much to say about politics, preferring to blame a lone psychotic operative played by De Palma regular John Lithgow.

The one aspect of the narrative that rings true is its presentation of filmmaking. From the haranguing producer behind the slasher film, to the detailed sequence when Jack syncs up the sound and picture of the crash, De Palma treats film production with real love and care. And for all its faults, the same love and care is evident across Blow Out’s technical production. Every scene has been carefully thought out, using expressive angles and camera moves. De Palma appears to have had a particular interest in pushing the possibilities of deep focus, even using post-production techniques to go beyond what could be achieved in camera. The film’s colour palate is similarly striking, using red, white and blue as background to the action. These flourishes are enough to make Blow Out an entertaining experience, but it’s a pity De Palma’s own obsessions don’t extend beyond the film set to more satisfyingly engage with the world beyond. 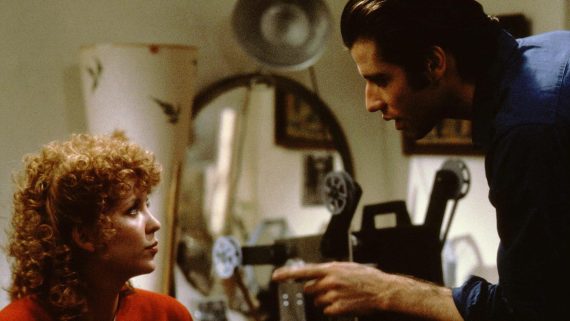 This UK Criterion release is identical to the disc the company put out in the US ten years ago. Frankly, there wasn’t any need to do an update, because both the technical aspects and the supplemental features are excellent. The transfer was supervised by De Palma, and the results are detailed, unblemished and colourful.

Several new features were produced in 2011 and all are of a high quality. Top billing goes to an hour-long interview between De Palma and noted De Palma fan Noah Baumbach. The pair are obviously comfortable talking together, but make a somewhat odd couple; Baumbach repeatedly tries to engage the older filmmaker in discussing underlying themes and inspirations, but De Palma prefers talking about technique and craft.

Two shorter video interviews are also included. Nancy Allen is honest and engaging about her experiences on the film, including her positive recollections of working with the other actors (particularly fellow Carrie veteran Travolta), and less positive reaction to the script and her character. Also very much worth watching is a 10 minute talk with steadicam inventor Garret Brown. He talks about his work on the opening sequence (his first job after The Shining) as well as his pride in steadicam’s impact more generally. 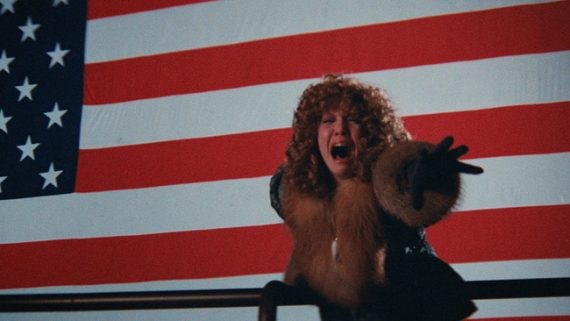 Criterion have also managed to track down De Palma’s first feature, a micro-budget experimental work called Murder a la Mod from 1967. The 81-minute black and white film is included in its entirety and is in excellent condition, but it is not an easy watch. Like Blow Out, it’s a film about filmmaking and murder, but whereas the later film used its visual tricks to enliven its plotting, the earlier work is weighed down by them.

Finally, a theatrical trailer, on-set photo gallery and an essay booklet are present.