In this Short Film Showcase we take a look at Toothless, a surprisingly moving pitch black comedy from Steven Dorrington, where a down-and-out tooth fairy struggles to make ends meet and look after her sick mother.

I asked Steven to tell us more:

In terms of the background of the project – I’m huge fan of the mockumentary genre and I wanted to tell a story that was both humorous and moral so I choose to take a well known fairy tale character ‘the Toothfairy’ and place her in a world and situation that would contrast the audience’s perceived ideologies of her life and work. This gave me a huge scope for comedy and allowed me to tell a well known moral story of not knowing what you have got until it is gone in different and subtle way. The film was produced for £3,000 and over five days in various locations in Essex.

In terms of my background – After completing degrees in BA Film and Television studies and MA creative screening writing I took on various roles within the industry ranging from production assistant to editor before making his first comedy short ‘Lonely, Lucky Dead’, which was well received at film festivals around the world. I have recently finished directing the ‘the Machine of Death’ web series for Orpheos Productions and I currently have a couple of short films in pre-production whilst directing the web series ‘Fandango Birtwhistle: Criminal Mastermind’ for The Red Rock Moving Picture Company.

Feel free to air your thoughts on the film in the comments section. 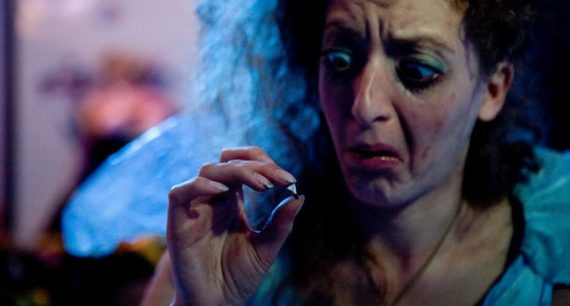