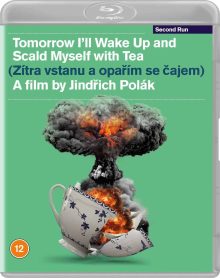 I’m going to be lazy in reviewing Second Run’s new release of the fabulous time-travelling Nazi comedy Tomorrow I’ll Wake Up and Scald Myself with Tea (a.k.a. Zítra vstanu a opařím se čajem) by referring readers to Andy Goulding’s excellent review of the film from back in 2012.

His write-up already covers the interesting story behind the film’s tiny but devoted cult following in the UK after its one TV screening and, reading the review now after watching the film, I’m in full agreement with all points made.

To be honest, the main reason I was thrilled to hear the film was being released and eagerly snapped up a screener was because of Andy’s review. I’d never heard of Tomorrow I’ll Wake Up and Scald Myself with Tea before he posted his write-up (and with a title like that I’d have remembered it) but his description and enthusiastic response made it sound like a film that should be high up my watch-list. 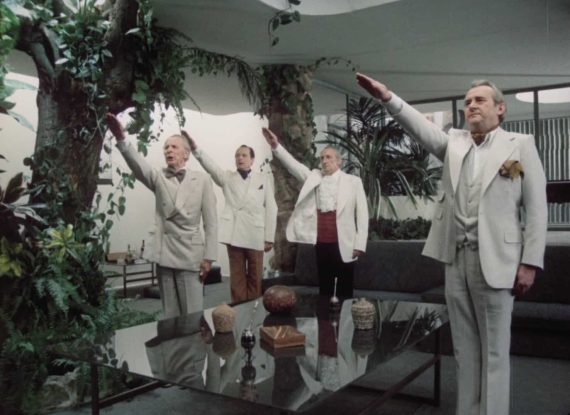 Prior to now, Tomorrow I’ll Wake Up… has long been unavailable in the UK on any format, including VHS. The only way to see the film has been to import it from its native Czechoslovakia or watch a horrible-quality VHS rip on YouTube. Thank heavens for Second Run then, who’ve resurrected this hugely enjoyable sci-fi comedy, giving it the spit-and-polish treatment it so truly deserves.

As mentioned, I’ll let you read Andy’s review for the background and synopsis of the film, as well as its pros and cons, but I will give some of my brief thoughts.

Basically, I thought Tomorrow I’ll Wake Up… was fantastic. It may not be as stylistically interesting as some of the Czech films I’ve enjoyed during my fairly recent discovery of the country’s cinematic output (including director Jindrich Polák’s own Ikarie XB 1), but the writing is so strong it more than makes up for it. 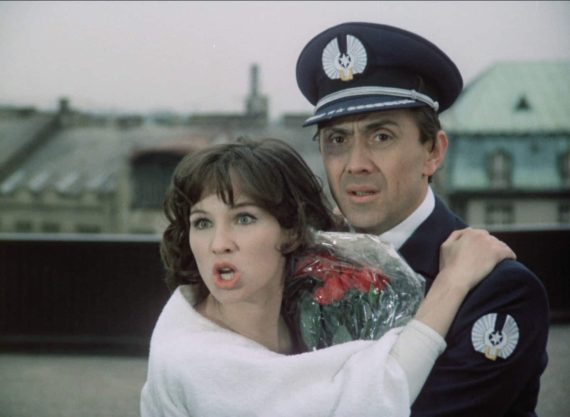 It’s a time-travel film that has great fun with intertwining timelines and such, but never gets overly complex so as to confuse the viewer. It’s tightly constructed with seemingly minor details that almost always pay off further down the line, other than one or two red herrings (chiefly the anti-ageing pills that I was certain were going to be a big plot device but weren’t). This meant it was one of those films that builds and gets better and better as it moves on. So, what starts as enjoyable but nothing special becomes a work of genius by the end.

I loved the tone of it all too. The sci-fi elements are largely underplayed, with a fairly mundane view of the future rather than a utopian or dystopian one, and nothing is taken all that seriously, including the fairly high body count in the film, which gives it a blackly comic undertone. However, the actors play it straight, with no gurning or pratfalls. The humour comes from the dialogue and situations the characters find themselves in. One example would be the scene where the ‘bad guys’ approach Hitler with their plan and it falls apart at every turn, which had me in stitches. 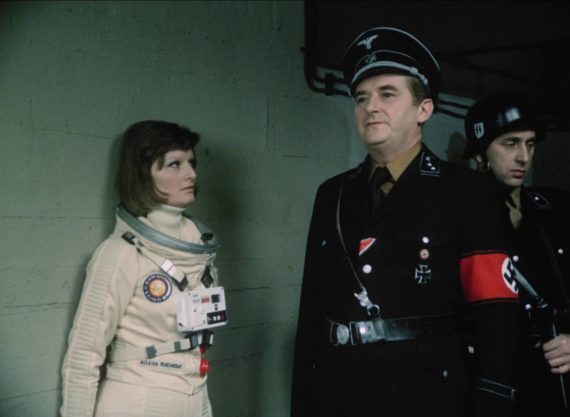 I won’t ramble on as I’m already repeating some of the things Andy wrote. I’ll only add that Tomorrow I’ll Wake Up… is a hugely enjoyable and clever time-travel comedy that, if you’ll excuse the slight pun, runs like clockwork. It deserves to be much better known as it’s clever, fast-paced and a lot of fun.

Tomorrow I’ll Wake Up and Scald Myself with Tea is out on 25th January on region-free Blu-Ray and DVD in the UK, released by Second Run. Order here. I watched the Blu-ray version and it’s not the cleanest transfer I’ve seen, with a lot of visible flecks and light scratches on the print, but the picture is still detailed and the colours are generally stable and natural, so it looks pretty decent on the whole (I’ve used screengrabs for the images in this review). Having this rare film available on Blu-ray in the UK is quite an achievement in itself though, so expecting a pristine transfer might be too much to ask.

The Projection Booth commentary is as excellent as ever. The trio bounce off each other nicely and they’re all incredibly knowledgeable about Czech cinema, so have some interesting facts about the film to impart, as well as comparisons with other films from the country and era.

The booklet contains some interesting thoughts on the film too and where it sits in the history of sci-fi/time-travel comedies.

It’s not a huge amount of supplementary material, but what is there is of a high standard and simply being able to purchase the film in the UK with a decent print is a godsend, so it’s an easy recommendation. Buy, watch and spread the word! 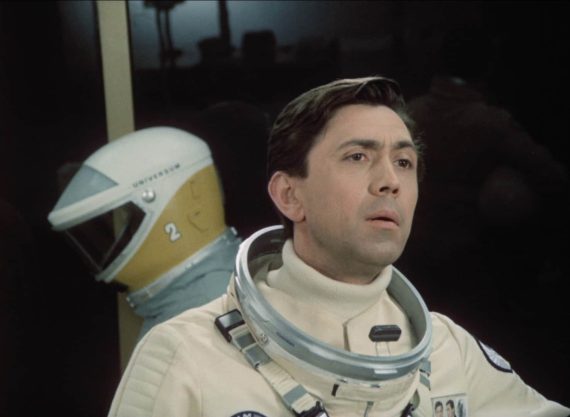