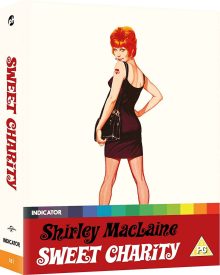 You can imagine the relief felt by Hollywood executives following the success of The Sound of Music in 1965. Cinema attendance had been falling ever since the late-1940s, and the studios were increasingly reliant on blockbusters to draw in crowds. Building on Mary Poppins and My Fair Lady, The Sound of Music was by some distance the biggest hit of the decade. Here, it seemed, was the answer to the industry’s problems: big-budget, all-singing, all-dancing spectacle for the whole family. Without exception, every major studio put multiple musicals into production, spending huge sums to buy the rights to recent Broadway hits.

The results were near disastrous. None of the late-1960s musicals made anything close to Sound of Music money. Few managed to break even. Two arguments are usually offered to explain what went wrong. The first is that American culture was changing so rapidly at the time that musicals fell out of fashion. The second is that the audience for musicals remained stable, but was divided between the far greater number of productions, making profitability all but impossible.

Watching Sweet Charity, a Universal effort from 1969, a third possibility presents itself: in the rush to make as many musical films as possible, at least some were made that simply didn’t work.

In defence of Sweet Charity’s producers, they had every reason to expect success: Sweet Charity was a hit on Broadway in 1966 and came from an all-star creative team. It was based on Federico Fellini’s film Nights of Cabiria and adapted for the stage by Neil Simon. The songs (including Big Spender) were by Cy Coleman and Dorothy Fields, and Bob Fosse did both the choreography (which won a Tony) and direction. Fosse was signed to make the film version, although his star (and collaborator and wife) Gwen Verdon was replaced by Shirley MacLaine.

In the film, MacLaine plays the title character, Charity Hope Valentine. Charity is a taxi dancer in a downmarket New York club. Her dream is to meet a nice man and get married, but she isn’t having much luck. She has barely made it through the opening song before her supposed fiance steals her life savings and pushes her into a river. From there, Charity has a brief encounter with an Italian film star (Ricardo Montalban) and – just before the interval – finally meets a man who loves her (John McMartin). Crucially, though, she hasn’t told him what she does for a living, a dilemma that takes until the bittersweet conclusion to play out. If that doesn’t sound like much plot on which to hang a $20 million, two and a half-hour musical extravaganza, that’s because it isn’t. Much of the running time (and budget) is devoted to extended song and dance sequences that barely relate to Charity’s story. This is most apparent in a long cameo from Sammy Davis Jr. as the leader of a youth cult Charity encounters. His song, The Rhythm of Life, is a fun hippy spoof and could be removed in its entirety without any impact on the rest of the film. 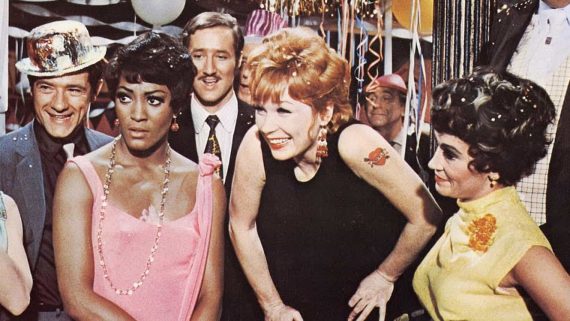 For a story that’s supposedly about a woman’s misfortune with men, it’s unfortunate that neither Fosse nor Simon seems to think much of their title character either. Simon’s plot (adapted for the screen by Peter Stone) presents Charity as hopeful but hopeless. Bad things keep happening to her, but she lacks the self-awareness to stop them happening again. In a scene in a recruitment office, she is unable to think of a single skill, a punchline rather than a person. This passivity sits uncomfortably with the energy and intelligence of MacLaine’s performance, especially in her dancing.

So Sweet Charity is unbalanced and oddly cruel towards its protagonist, yet if you have any interest in any of the principal creative team or musicals of the period, it is very much worth watching. As Fosse’s directorial debut, it has several sequences that clearly hint towards what he would later achieve with Cabaret and All That Jazz. For the Big Spender and Rich Man’s Frug numbers, he abandons Charity completely to dwell on darker worlds of corrupted glamour, and the film comes to life. The script is hardly Simon’s finest hour, but there are still good lines. “Who dances?” Charity remarks about her job. “You defend yourself to music.” Later, having witnessed Davis Jr.’s cult recruitment song, she asks her date “How did you find this place?” “I subscribe to a church of the month club,” he replies. As Charity, MacLaine brings charm and verve (perhaps too much) that were not on the page. It’s a real, old-school star performance in a film that often doesn’t seem to want one.

Indicator have a fantastic track record of picking interesting rather than successful productions and supporting them with supplementary packages usually reserved for hits and classics. Sweet Charity is no exception. The print is the same 4k restoration used for a US release in 2019 and looks amazing – both in location footage shot in New York, and the dark, stylized interiors used for several of the musical sequences. Stereo and 5.1 soundtracks are included.

There are also three “presentations” of the film: you can choose to watch with or without the original 1 minutes overture and, more unusually, with or without a happy ending. Fosse was so sure the studio would insist that the stage ending was changed, he shot an alternative before being asked. In the end it wasn’t used, but it’s nice to have the option now.

Two archival featurettes are repeated from the American edition, one talking to Fosse about his approach to direction, the other looking at Edith Head’s costumes.

Indicator have commissioned their own commentary track, stitching together separately recorded observations from film historians Lee Gambin, Alexandra Heller-Nicholas and Cara Mitchell. All three clearly know their stuff, but they’re essentially speed reading academic essays, which does get tiring after a while. 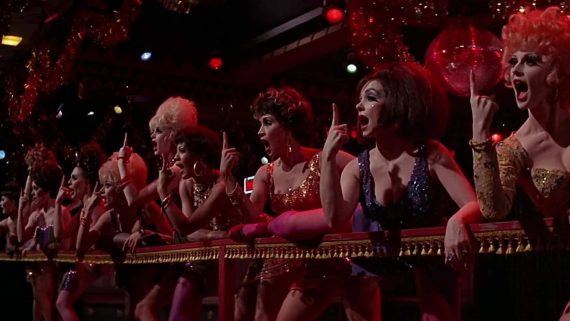 Gambin returns in a new 70-minute audio interview with Sweet Charity’s dance assistant Sonja Haney. They discuss Haney’s experiences working with Fosse and Maclaine and she clearly relishes the opportunity to recount her time on the production.

The highlights of the extras are new archival additions. First, Indicator have tracked down a Super 8 version that hacks Sweet Charity down to 20 minutes and 4:3 aspect ratio. It’s a nice glimpse of a precursor to home video. Best of all, though, are a pair of interviews: 20 minutes on camera with Sammy Davis Jr from 1968, and an 81-minute audio interview conducted with Shirley MacLaine from 1971. Both find the entertainers in a serious mood, engaging seriously and impressively with the big issues of the day. Davis is quizzed about the assassination of Robert Kennedy, and the implications for race relations in America. MacLaine is supposedly there to talk about her career, but she’s just as happy talking about the Nixon presidency, and trends in American cinema, particularly the then-recent success of Love Story, and its potentially negative impact on Hollywood’s willingness to support more progressive filmmaking. They’re fascinating conversations that capture a moment of social and cultural change, as well as presenting the stars in a very different light to their Sweet Charity antics.

The package is rounded out with an image gallery and the theatrical trailer. Sweet Charity is being released in a 3,000 copy limited edition that also includes an 80-page book of essays and extracts and a double-sided poster, although these weren’t provided for review.

Sweet Charity is out now on Blu-ray in the UK, released by Indicator.