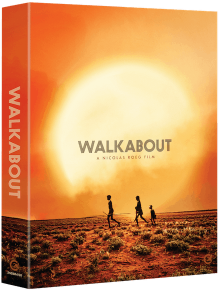 Nicolas Roeg is regarded as one of Britain’s greatest filmmakers, though this is largely only due to the films made in the first third of his career as a director. He entered the industry in the camera department and became a highly-regarded cinematographer, working with luminaries such as François Truffaut, David Lean and John Schlesinger. When he eventually made the move to directing, he delivered an impressive run of classics right from the offset. The list consists of Performance, Walkabout, Don’t Look Now and The Man Who Fell To Earth. The three films following these, Bad Timing, Eureka and Insignificance have their fans too, though reception towards them tends to be more divisive. The films he made after these tend to be largely forgotten and never received the same level of acclaim, bar maybe his adaptation of Roald Dahl’s The Witches, which is atypical of his best-known work.

Saying that, it’s hard to classify a ‘typical’ Nic Roeg film. His filmography is widely varied, touching on gangster movies, horror, sci-fi and everything in-between. What marks him out as an ‘auteur’ though (at least in his earlier work when he had more control) was his style. Though the content of his films often differed greatly, they had a certain style that could be instantly recognisable as his. A key technique he used was fractured chronology – intercutting between timelines in a disorienting way.

There was often a unifying theme between many of Roeg’s films too, particularly that of an ‘outsider’ brought into a setting alien to them. This is literally the case in The Man Who Fell to Earth, then you’ve got the American/British couple in Venice in Don’t Look Now and another clear example can be found in Walkabout. 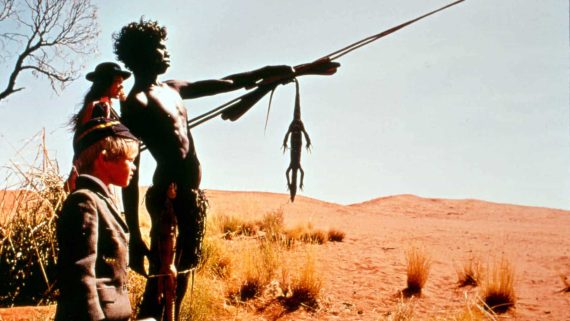 The pair struggle to survive in the harsh wilderness until they come across an Aboriginal boy (David Gulpilil), who speaks no English but helps them find water and food, as well as leads them towards civilisation. The trio enjoy an idyllic existence for a while in the outback and a strong bond grows between them, including hints of a sexual attraction between the girl and Aboriginal boy, before their old life reappears and brings it to an abrupt end.

It’s quite a stripped-back, narratively simple tale, but the film examines several themes using this basic structure. Most clearly, it explores man’s place in the natural world and the giant void that now exists between ‘civilised’ man and the rest of Earth’s creatures. It also has coming-of-age elements in the girl’s burgeoning sexuality. There are comments on racism too in some of the girl’s comments about their Aboriginal friend as well as in a tangential scene where a white man is using Aboriginal slave labour to make tacky ornaments. 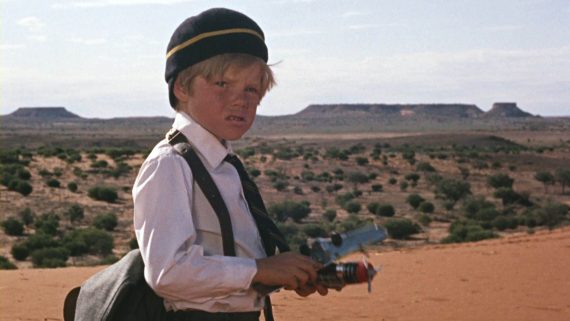 Speaking of tangential scenes, that was one issue I had with the film. That sequence was integrated fairly well, splitting off with a character that the Aboriginal boy comes across. However, there’s an odd scene following a bunch of horny meteorologists in the middle of the film that sticks out like a sore thumb. Two of their weather balloons are found by our protagonists later on, but other than that their inclusion does very little to forward the narrative. There is a thematic significance, I guess, showing a very different world to that the young siblings are enjoying and contrasting a sleazy approach to nudity and sex with the innocent, natural scenes between the girl and Aboriginal boy. Tonally it feels awfully out of place though. It’s presented like a clumsy sex-comedy, with the male scientists trying to catch a glimpse up a female colleague’s skirt at every opportunity.

On the subject of sex and the male gaze, Walkabout is famous (or possibly infamous) for Agutter’s nude scenes. I won’t lie, it was something that drew me towards the film when I was a teenager, but before this rewatch I wondered how it would play out now I’m middle-aged and attitudes towards presenting nude minors (Agutter was only 16 at the time) are quite different than in the 70s. However, I could better appreciate the significance of the scenes this time around. Roeg isn’t interested in titillating the audience with this nudity. He’s showing how free, comfortable with her surroundings and connected to nature the girl has become at this point. It’s a moment of pure innocence rather than anything sexually suggestive.

Away from anything Roeg is trying to ‘say’ in his film, it’s a beautifully crafted piece of work, as you’d expect from the director. He shot it himself and makes striking use of the locations. He manages to present the outback as both stunningly beautiful and frighteningly inhospitable, occasionally at the same time. There are many insert shots of the varied wildlife of the area too, serving a similar purpose. 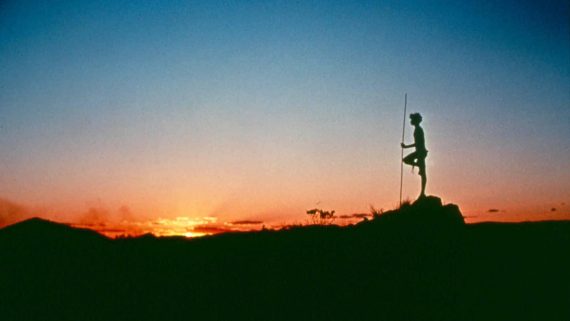 Roeg’s trademark abstract editing style is evident here too. In particular, there’s a lot of intercutting between connected events in the natural and ‘civilised’ world, such as the Aboriginal boy hunting for food with handmade weapons cut with game hunters, shooting animals for fun. Examples such as these aren’t subtle, so can feel a bit forced but work when this is toned down a bit. The montages are also aided by some unusual sound design and a beautiful score by John Barry, which moves between lush choral motifs, Aboriginal influences and avant-garde dissonance.

The performances are strong too. Luc is very natural, probably helped by the fact his dad was directing and operating the camera. Agutter leans heavily on the ‘well-bred’ side of her character but allows hints of warmth and unfettered personality to leak through as the film goes on. Gulpilil does a wonderful job too, with his personality beaming through despite the lack of verbal communication (he speaks in his own language but this is never translated for either the audience or characters). He also comes across as very natural. In the special features on the disc, one of the contributors claims he lived in a mission, not with his parents, so perhaps had to become self-sufficient and ‘old-beyond-his-years’ in reality. This was his first film role. He was only 16 at the time and was more into dancing than acting back then, but has gone on to enjoy a decent career in film, picking up several acting awards in the past 20 years in particular. 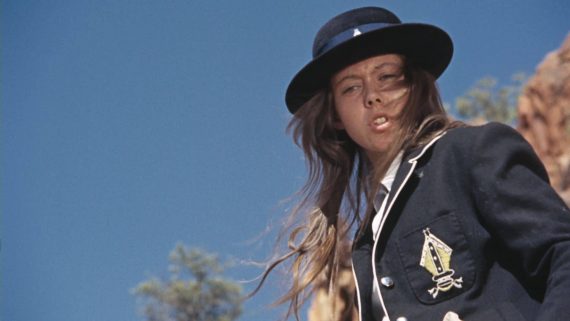 Overall then, Walkabout is a hauntingly beautiful and poetic examination of man’s relationship with nature. Roeg’s stylistic traits are here, for better or for worse, but I believe the film has aged better than much of his work due to the timeless nature of the natural setting. With striking visual artistry and authentic young performances, it’s a beguiling classic.

Walkabout is out on 31st August on Blu-Ray in the UK, released by Second Sight Films. The picture quality is excellent. It has a nice natural grain, no damage and rich detail. Colours are perhaps not totally natural, but likely match how it looked on the original stock. The audio is very strong too, though there’s only a 5.1 option, not the original mono track.

It’s a very strong collection of supplemental material. The commentary perhaps doesn’t dig as deeply into the film as some, but there’s a warm, friendly atmosphere to it and Luc has plenty of tales to tell about the production, even if he was too young to remember it all in great detail. It’s perhaps not necessary to have an interview with him as well as a commentary, but Luc is a pleasure to listen to, so it’s not an issue.

Producer Si Litvinoff’s contribution is fun and honest, though his comments about Agutter’s nude scenes are a little creepy. Agutter herself provides a lengthier interview that is thorough and enjoyable, including her own take on those infamous scenes.

The Q&A and introduction give Roeg’s perspective on the film, which is more than welcome and Danny Boyle’s interview offers a believably passionate case for Roeg being one of Britain’s most important filmmakers. It’s possibly my favourite feature from the set.

I didn’t get a copy of any of the books to comment on those, I’m afraid.