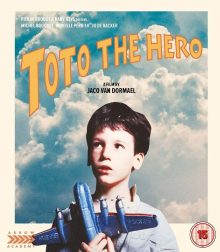 Toto the Hero was the debut feature of writer-director Jaco Van Dormael. He originally set out to pursue a career as a circus clown, becoming a producer of children’s entertainment at several theatres in his native Belgium. Somewhere along the way though he turned towards filmmaking, directing numerous shorts in the 1980s. He’d long harboured the idea of making Toto the Hero, reportedly rewriting its script 8 times since the start of that decade. It took its producers Dany Geys and Luciano Gloor five years to find enough finances to make it too, so it wasn’t until the turn of the 90s that Van Dormael was able to get cameras rolling on the project.

His perseverance was worthwhile though, as the film was a critical success, winning the Camera d’Or for best feature film debut at the Cannes Film Festival. He’s only made a small handful of films since but they’ve all been quite well-received, if a little divisive at times.

I must admit, Van Dormael is not a director whose name I was aware of before preparing for this review, but I had heard of Toto the Hero. It’s dropped off the map a little over the years and was previously hard to track down, but I always remember it as being a title one of my film tutors at university recommended as one of his favourites. The unusual title must have stood out, as that two-decade-old recommendation sprang to mind when I saw Arrow Academy were releasing the film on Blu-ray. I requested a copy and below are my thoughts. 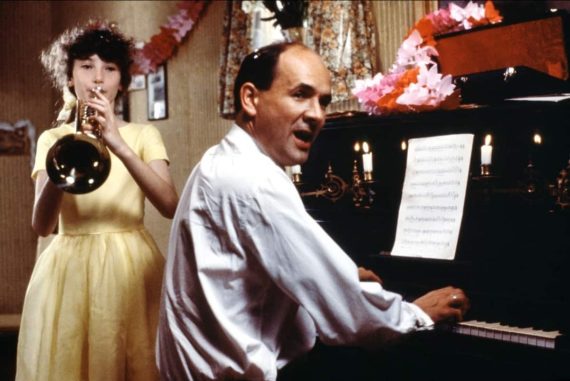 Toto the Hero is set in the near future, where our protagonist Thomas (Michel Bouquet) is holed up in an old people’s home. He’s reflecting over his life whilst planning to break out and kill his old neighbour, Alfred (Peter Böhlke), whom he blames for the various tragedies he’s endured over the years. You see, Thomas believes he and Alfred were switched at birth when the hospital they were in caught on fire. Alfred’s family were rich and he went on to live a successful life, whilst Thomas’ was a lot more difficult.

We view Thomas’ past as well as his fantasies (chiefly seeing himself as the titular ‘Toto the Hero’, a brave, dashing secret agent) in frequent, fragmented flashbacks/dream sequences. I won’t describe his whole life story, but most importantly we learn his beloved father died in an air crash (on a delivery flight for Alfred’s father) and he was incredibly close to his sister, Alice (Sandrine Blancke). The siblings’ love verged on incest and Thomas (played as a child by Thomas Godet) was devastated when she also died young, in a fire the pair were arguing about starting at Alfred’s house.

Thomas’ adult years (when he’s played by Jo De Backer) were spent hopelessly stuck in a career he randomly picked from a poster in the school office. His mother (Fabienne Loriaux) died during this time too, but a glimmer of happiness came, however, when he discovered a woman, Evelyne (Mireille Perrier), that bore an uncanny resemblance to his long-dead sister. Thomas formed a relationship with her and they gradually fell in love. Evelyne was married though, and when she decided to divorce her husband and run-away with Thomas everything came crashing down, for reasons I wouldn’t like to spoil here. 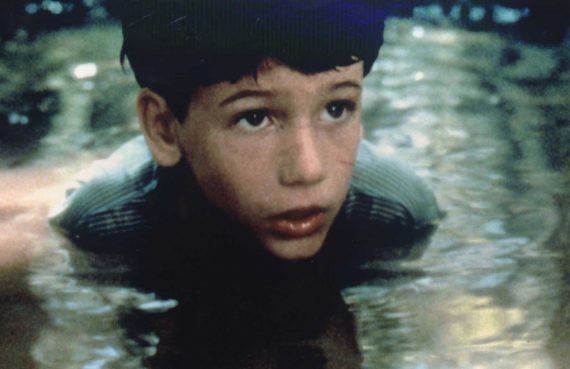 Whilst we are fed this information through the flashbacks, we see the elderly Thomas carry out his ‘mission’ to get revenge on the man he blames for all of this misery.

Toto the Hero is a rather unusual film that plays with its audience through an unreliable narrator and fractured structure. It’s not always clear whether or not we are witnessing Thomas’ memories or his fantasies. The ‘Toto the Hero’ sequences are obviously made-up but surreal moments flash up among his recollections of the past too. For instance, we get a wonderfully heightened musical sequence, complete with dancing flowers, all set to the immensely catchy French classic ‘Boum !’ during Thomas’ golden childhood period. The flashbacks don’t all play out in chronological order either, as it occasionally jumps between Thomas’ youth and his middle-aged years.

This disorientating structure, when matched with a fast pace, make for quite a ride. The first half brought to mind Amelie, albeit with a darker, more melancholic tone. That stylisation and fantastical touch is there, even though the central characters have a very different outlook on life. 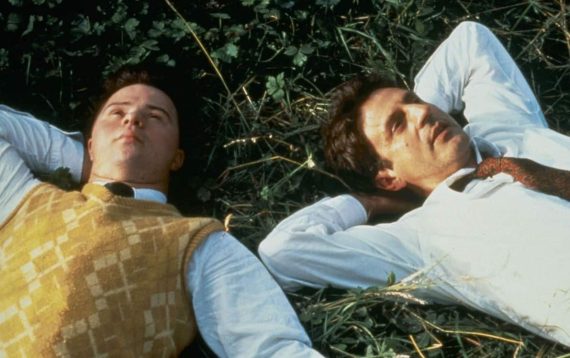 Speaking of which, Toto the Hero can be quite bleak at times, with several moments of great tragedy, but it remains strangely life-affirming overall, aided by its glorious final scenes. Its message could be construed in different ways though, due to its tonal shifts and abstract storytelling. Perhaps it’s simply saying life is meaningless – life’s a bitch and then you die, as they say. Personally, I see it as suggesting that envying someone else’s life is meaningless and you should enjoy and appreciate the hand you’ve been dealt. The film also seems to be making a comment on how we see life at different stages of it. As children, we believe it develops like a story, with a clear arc and never-ending adventure and drama, when later we realise it’s more random and filled with lulls, tragedy and disappointments. The older iterations of Thomas don’t seem to have grown out of the childhood belief in what his life should have been like though.

The audience are able to make their own mind up what the film is about then, and that is part of its charm.

The film is beautifully crafted too, with the fantastical elements standing out in particular. There’s a scene towards the end featuring a passing truck that had my heart practically leaping for joy, it was so sweet. It’s quirky but doesn’t push things far enough to grate or detract from the drama at the film’s core.

I also liked how Thomas’ brother Cèlestin (Karim Moussati and later Pascal Duquenne), who has Down’s Syndrome or similar, was represented on screen. It doesn’t make a big fuss about it or suggest he’s an anchor, weighing down the family, as many melodramas do. He gets bullied as a child in one flashback, but his character isn’t wrung out for sympathy. Thomas’ love for his brother feels genuine too and their scenes together are touching. 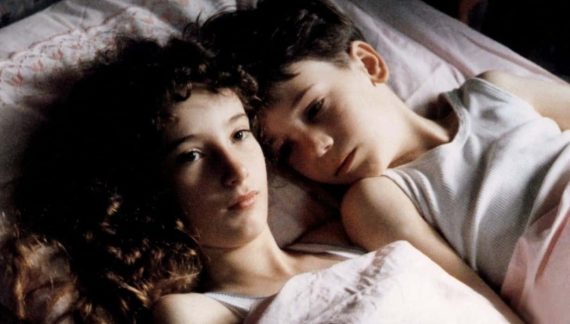 The vaguely incestuous scenes between young Thomas and his sister Alice are rather uncomfortable at first, though it never pushes things too far and the two child actors sell the relationship very well. Though tinged with a creepy ‘wrongness’, some of their scenes together are still quite beautiful.

Overall it’s a charmingly offbeat tale that can be read in numerous ways, yet always ends up strangely uplifting whichever way you look at it. It takes too many dark turns to ever feel sentimental but with its flights of fancy and touching on-screen relationships, it’s easy to fall in love with.

Toto the Hero will be released on Blu-Ray by Arrow Academy on 3rd August. It looks stunning, with incredible detail and natural grain and colour. It sounds great too.

There are a couple of special features included on top of this:

It’s not a lot of material, but the ‘Memories of Hero’ piece is fairly long, running at 52 minutes. It offers a detailed look at the making of the film, with contributions from most of the key cast and crew. Van Dormael takes centre stage and shows his creative process as well as some of the original storyboards. The documentary gets a little self-aggrandising perhaps, but is largely very interesting to see.

The Francois Schuiten interview focuses on the artist who was brought on to the project to help design the future sections of the film. Unfortunately they never had the budget to fully realise them, so it’s a nice opportunity to get to see the plans on paper.

* Please note, the images used in this review do not reflect the picture quality of the Blu-ray.