I got around to these earlier than usual as my July screeners have been late arriving and I’m going away on holiday soon. 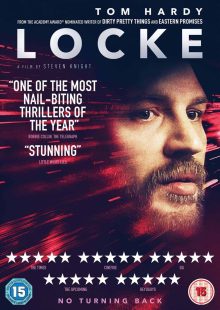 I was really torn about this one. At some points I thought it was awful and at others I thought it was brilliant. On the plus side, I think it’s admirably unique and does a great job of turning an idea that looks bloody awful on paper (a film about a man trying to sort out some major problems on his phone whilst driving down the motorway) into a genuinely gripping film. We never leave Tom Hardy or his car. We just hear him talk to various people on the phone about an important concrete delivery and the fact that he’s off to witness the birth of a child conceived by a one-off fling. The cinematographer gets the best from shooting such a limited location and I did find myself eager to hear what Locke would do to sort out his various issues.

However, I had some big problems with the film. First and foremost is Tom Hardy. What on Earth is going on with that Welsh accent? Why did his character need to be Welsh? I just found it really distracting, not helped by Hardy’s strange tone of voice and occasional literary flourish that give a theatricality to his performance. I found a lot of the dialogue and performances theatrical to be honest. This is likely down to the production process. Writer/director Steven Knight had Hardy perform the whole film in one go with the actors on the other end of the phone staying in a hotel nearby calling him up at appropriate times. They repeated the process around 2 times a night for about a week and edited together the best takes from all that footage. It’s a fascinating way of doing it and I admire Knight’s balls for going with it, but it made the performances a little stagey in my eyes and it bothered me.

Also, although I loved the idea that much of the film is about Locke’s passion for concrete, some of his passionate speeches about the substance and buildings made from it were a bit over the top for my liking.

All in all it’s a bizarre and generally effective film, but there were a few annoyances that kept me from going along with it from start to finish. 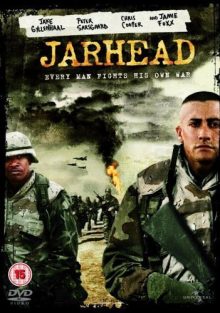 Jarhead is a film that’s been in my collection for a while (I’ve got it on HD-DVD, which is probably a good indicator of how long I’ve had it), so I’m pleased to have finally got around to it. I’d heard mixed reviews about this story of a marine in Iraq who never got to fire a round, so I was a little wary, but I liked the film quite a lot. Although it references bits and pieces from other war films, I felt it had it’s own identity, largely through its look at a strange kind of modern war where the grunts on the ground don’t have the same job they used to. The recruits are hungry for kills, but never get them, a fact that drives them crazy. I found this aspect to the film fascinating and it felt disturbingly believable.

It’s a stunningly well shot film too, as you’d expect from director Sam Mendes and DOP Roger Deakins, who produce some striking imagery out in the desert. Performances are strong too, particularly the ever dependable Jake Gyllenhaal. Many of the characters feel a little illusive and the cheating girlfriends aspect didn’t sit right with me, but largely I thought this was a great modern spin on the war movie. 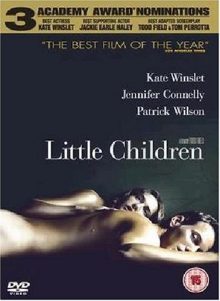 This was a film I’d heard a lot of good things about and it didn’t disappoint. Delving into the dark secrets of American suburbia, it’s hardly a new concept, but the drama is intoxicating and there’s a touch of black humour and satire (in part aided by an unusual ‘voice of God’ voiceover narration) that helps it rise above the rest. Characters are all three dimensional. Even though you feel for the central pair played by Kate Winslet and Patrick Wilson, and want them to get together, they’re both flawed individuals. Also fascinating is the portrayal of a local sex offender played by Jackie Earle Haley. The film doesn’t pretend that he doesn’t have dark desires for children and he can be a monster at times, but it also shows us that he’s human without resorting to simplistic ‘reasons’ or excuses why.

I wasn’t 100% sold on the conveniently neat ending, but the finale leading up to it works brilliantly and had me on the edge of my seat. Beautifully made in many ways, it’s a wonderful film that I’m sure will stick with me for a long time.

Up next in August: