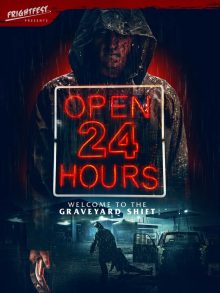 Vanessa Grasse shines in Padraig Reynolds sinister Open 24 Hours that delves into the world of a troubled girl trying to get her life back together after a haunting past.

Mary (Vanessa Grasse) has just been released from prison for the attempted murder of her serial killer ex-boyfriend James (Cole Vigue) and is trying to get her life together in getting a late shift at a local gas station. With support from her friend Debbie (Emily Tennant) and her parole officer Tom (Daniel O’Meara) Mary looks like she will get through her troubles. But the memory and trauma of her experiences with James haunt Mary and cause hallucinations to seep into her real-world leaving her to question what is really happening.

While the general plot has issues (we will get there with that), it does work and the pacing of the writing is excellent, we are given ample time with all of the characters and especially Mary to emphasise with her and believe that she was strong enough to fight against her serial killer ex, but to still feel the effects of the mental and physical abuse that he laid out upon her before incarceration.

With a run time of 100 minutes there was the worry that the film would drag in parts and it certainly doesn’t, in fact, it seems to move at quite a good pace, though having the events of the film all happen in space of one day does seem to be a tad farfetched. Spending a bit of time with Mary in her job, being bored, or being tormented further would really have helped the film, but that is a minor quibble, this is a low budget horror film after all. 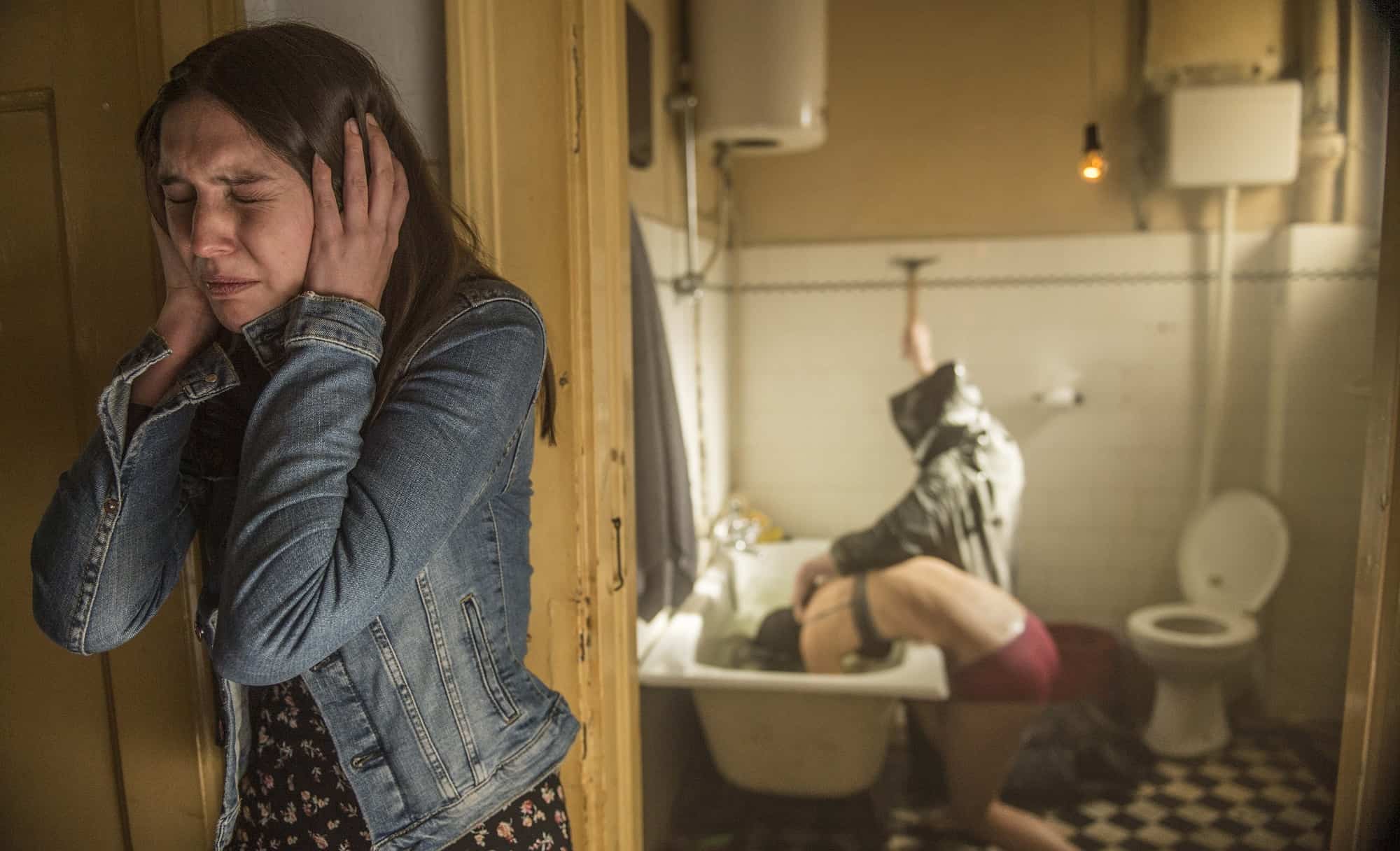 The location and set design is a strong aspect for the film with the underused gas station being the center focus. Usually, it is just a scene in the bathrooms or by the trucks then the characters move along. Having the film focus on the station and store works wonders for it and in fact when we leave this location, it is noticed how the sense of dread also leaves with us.

Writer/director Padraig Reynolds smartly uses hallucinations to keep the jumps spread evenly throughout the first act and a half with the first one in Mary’s bathroom being quite brutal with how it jars the audience. If they didn’t know what to expect at the start of the film they sure do now. These scenes also help the audience realise the trauma and the level of abuse that Mary went through at the hands of James and quickly allows us to sympathise. She wants redemption and is only just at the beginning of that journey when we meet her. Though by including this much detail of how she is coping or not coping with her past it leaves the film open to issues.

Where Open 24 Hours falters is with its script. It seems that Padraig Reynolds simply didn’t know what direction to take the film. What starts off as if it is going to be a horror-thriller set at the gas station, turns to a potential look at a main character who was complicit in the murders of her serial killer boyfriend and had to take drastic action to make him stop, but she has severely struggling with PTSD. 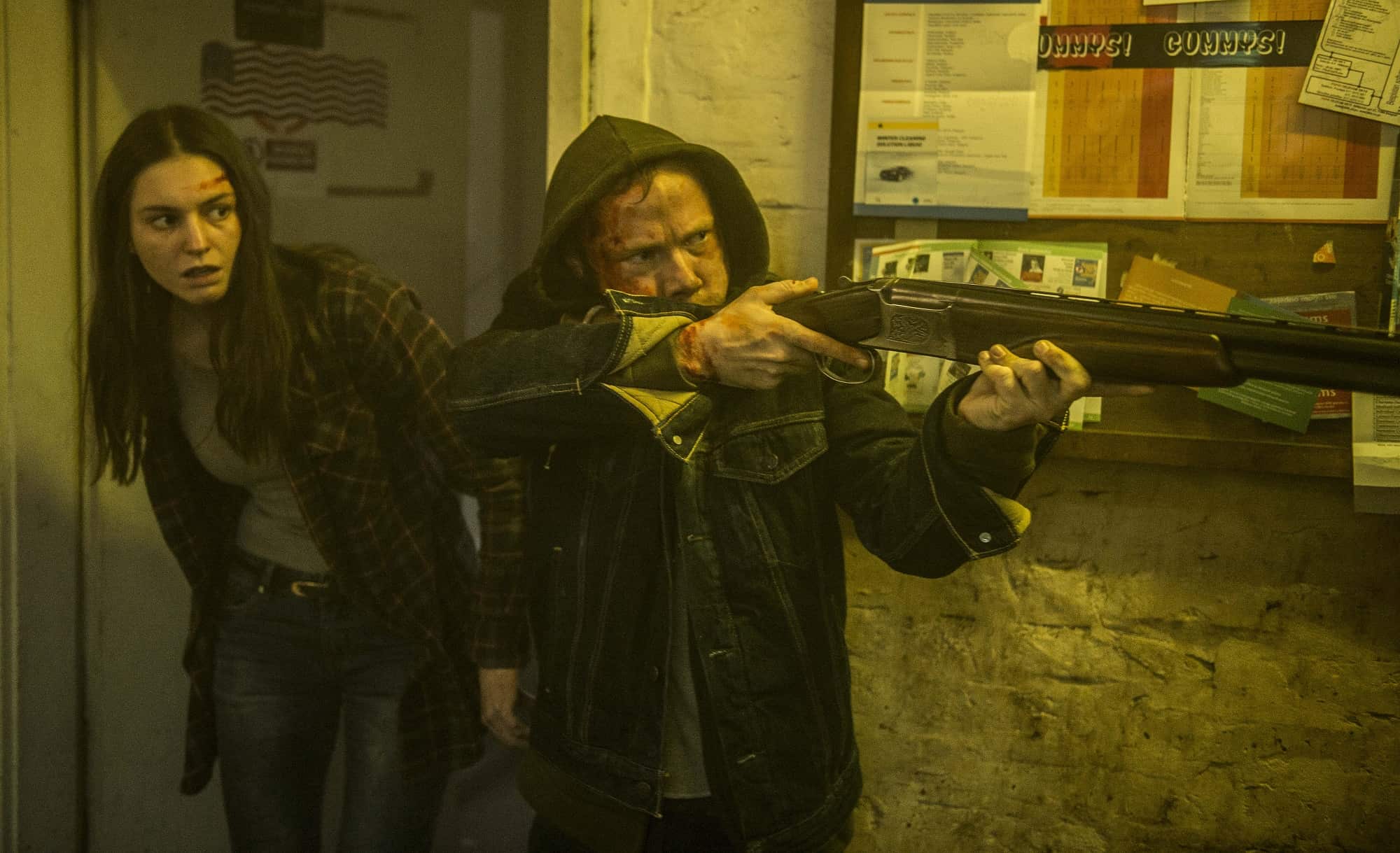 The focus on the abusiveness of the relationship is also interesting. It looks as if we are going to focus on a rarity in the genre and it is very welcome It seems the logical and importantly more interesting direction to take. We then veer towards a stalker and torture porn charade that causes the film to lose its focus and it’s impetuous. It doesn’t ruin the film, but it does derail it a tad which is quite disappointing. The potential to follow a road rarely travelled is squandered for more standard (though good) fare, not many films follow the “final girl” after the events of her trauma and to see that rebuild would have been a great watch.

The cold open of seeing all the damage in the gas station is also a big misstep as we know the fates of some characters and the film does not even try to suggest that what we see is a hallucination to try and seed some doubt to us. Again, this is something that could have easily been fixed and caused Open 24 Hours to stand above others in the genre.

The only other negative of note is one of the murders where it needlessly goes too gruesome. In reality, the film did not need to go as far with that scene as it eventually does. The first few moments cause the desired effect on the viewer. There are times when the film goes the gore route as if to make a point. Sadly this is lost, as the story really does not require it here. The death scenes we do have work and such extra gory instances lose their impact.

Vanessa Grasse, of course, carries the film. She plays a character with far more range of emotion than you would see in a horror of this ilk. Perhaps it is due to the fact that Mary has been through something similar before. But her experience and exasperation with everything happening is felt. You really feel for her and her circumstances and that is due to the performance of Grasse. Each positive or negative event that happens throughout the film is felt by the audience, like a wave. Even when it comes crashing down on all of us.

She is so alone despite her support network. No one else truly knows what she went through at the hands of James. This is one of the reasons why the story taking such a standard turn is disappointing. Grasse could have followed through with all of this easily and made a character very much worth remembering. 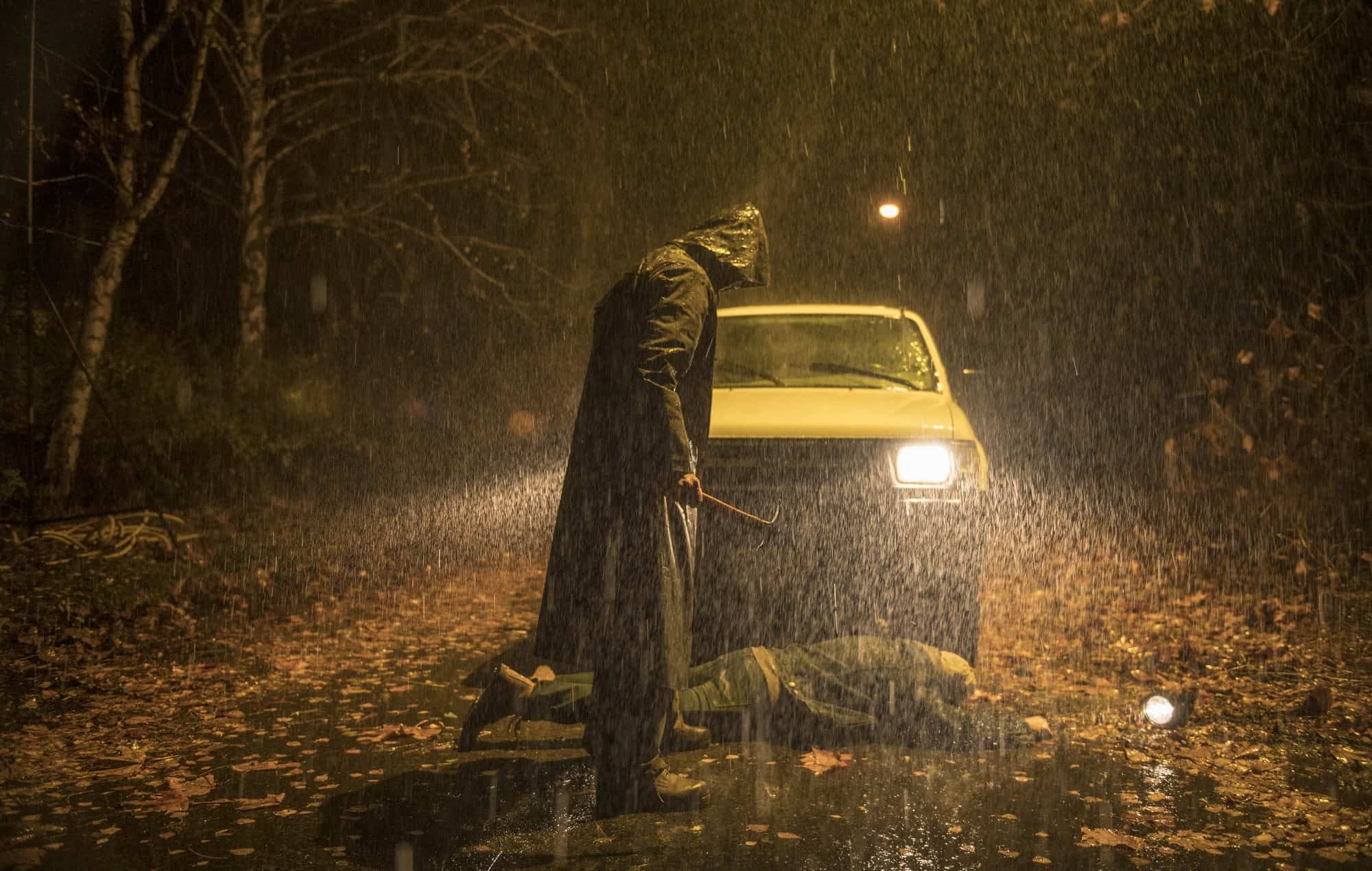 The supporting cast are also excellent with the always welcomed on screen Brandan Fletcher playing the charming co-worker Bobby. Due to Fletchers strong range and experience in the genre, he shines here. He has always impressed and is able to show bring supporting characters to life. He is always able to find the believable within his characters and Bobby is no different. Emily Tennant is underutilised in her role and it is a shame that she did not get more screen time. This is especially so as her chemistry with Grasse was great and helped develop the character of Mary. Daniel O’Meara is a decent character but has to deal with being underwritten while still making nonsensical decisions.

Cole Vigue is given the hard job of trying to be ominous and foreboding, despite being hindered by his burns. Reynolds decision to have Jason burnt in Mary’s fire before the film does little to stop him. Odd considering he was supposedly burnt to a crisp. For a guy who was burnt so badly, he can sure swing a sledgehammer. The success of the film is pinned on the dynamic of James and Mary’s relationship. Luckily for the audience, they are a great match. Possibly leaving some wanting to see a prequel of the circumstances that lead to this film.

Open 24 Hours is a great horror film for genre fans. It also tries to give the audience a bit more substance with its story. While it does falter on occasions it is still worth a viewing for the excellent performances and suspense.