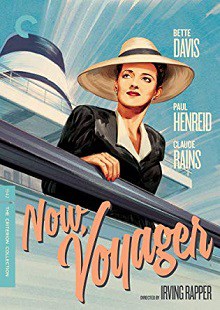 Charlotte Vale (Davis), is the self-proclaimed spinster aunt of her wealthy Boston family, living under the tyrannical oppression of her domineering, incessantly critical mother (Cooper). The pressure put upon Charlotte eventually induces a nervous breakdown, causing her to spend time in the sanitarium of Dr. Jaquith (Rains), allowing her to gain a proper sense of self and embark upon a cruise. There she meets Jerry Durrance (Henreid), and the pair almost immediately hit it off and fall in love, but there’s a problem, Jerry is married with a family back home, so the possibility of a lasting romance with Charlotte seems impossible.

This isn’t the usual type of film I’d select to watch, but as with the recently reviewed The African Queen I signed up for it because it’s on the 1001 Movies You Must See Before You Die list, but beyond that I knew nothing about Now, Voyager. It’s a drama, and a romantic one at that, and one whose story is not devoid of overly emotional, intentionally tear-inducing turns, anchored around a stellar performance from Bette Davis, something I’d probably be less surprised by if this wasn’t only the second film I’d ever seen her in (after All About Eve). 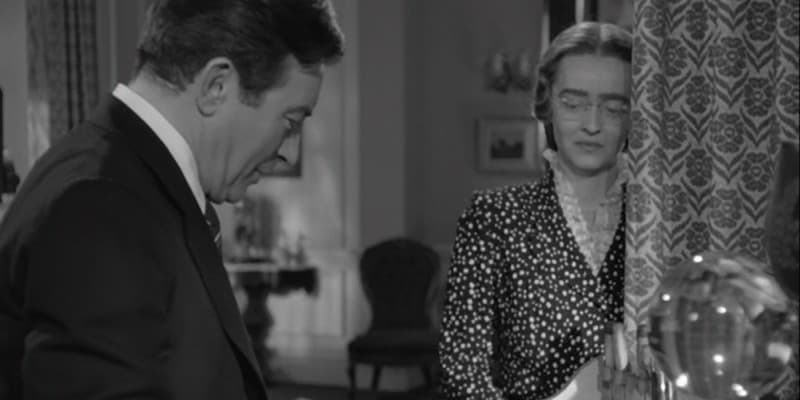 Bette Davis, it turns out, was a pretty great actress. The film’s script has some great lines of dialogue, but I feel the gist of most of them could have been successfully conveyed by Davis wordlessly, such is the power of her expressions. She manages to make not only the polar opposite pre- and post-therapy versions of Charlotte entirely human and embodied, but all the stages in between as well. Credit must also be lauded upon those responsible for the costuming (Orry-Kelly) and makeup (Perc Westmore), for creating such a stark difference between the two phases of Charlotte’s character. Initially she wears dowdy, drab, shapeless dresses under thick, unplucked brows, tightly bound, centre-parted hair and plain glasses acting as a barrier between herself and the world. Later she is almost unrecognisable in far more stylish gowns and the result of a beauty routine, yet the film never states that simply looking one’s best is the answer to all one’s troubles.

That’s something I particularly appreciated about Now, Voyager, how relevant it feels. In fact, were this remade today with an identical script and direction, there are many who would write it off as being a post #TimesUp overly feminist indictment of chauvinism, going over the top with its messages of female empowerment, but the fact is this film is 77 years old, so if anything it’s disappointing how timely and necessary the story feels. Also disappointing is how the general public approach to mental health hasn’t changed a great deal in almost eight decades either. Charlotte’s mother blames Charlotte for her condition and treats the very notion of having any kind of mental malady to be the deepest possible source of shame. All this despite the fact that it is Charlotte’s mother’s insistence in controlling every facet of Charlotte’s existence, from what she eats and how she dresses to how she behaves in public, that is the most likely cause of her distress. Every moment of Charlotte’s life is a relentless reminder of how big a disappointment she has been, never mind that her mother makes no secret that Charlotte was an unplanned and unwanted child. I have some history with mental disorders and therapy, both my own and people close to me, and I’m sad to say that Charlotte’s mother’s opinion on the matter is an ethos still very present amongst many people today. And whilst Charlotte’s treatment and improvement was a little Hollywood-ised in terms of speed and effectiveness, the overall conceit that self-improvement in any form is a decent start to happiness is certainly something I can get behind. 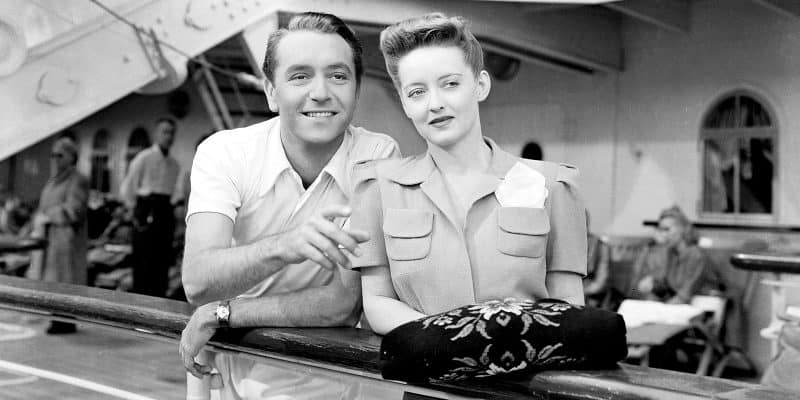 Now, Voyager relies pretty heavily on symbolism, but does so in such an effective manner that some moments have become iconic. Dr. Jaquith breaking Charlotte’s glasses when she no longer needs them (apparently his psychiatry is so powerful it can fix myopia) is one such moment, but the more famous one is repeated several times, and involves Jerry inserting two cigarettes into his mouth, lighting both and then passing one to Charlotte. It’s a simple act, but is so elegantly filmed and focused upon that it’s all but impossible not to sense the deeper romantic meaning behind this chivalry.

My only real gripe is an oddly comedic scene once Charlotte and Jerry embark upon a chauffeured drive during their stop-off in Rio de Janeiro. There is a significant language barrier between the passengers and their driver, Giuseppe (Frank Puglia), and the confusion over destination and directions results in the car crashing and the two being stranded when the driver runs off. The direction of the scene feels like something out of a slapstick comedy, like It’s A Mad, Mad, Mad, Mad World, rather than an otherwise mostly serious drama. Also, the final act features some unusual, questionable decisions by people in authority that, whilst they appear to turn out well, could quite easily have taken more sinister turns. 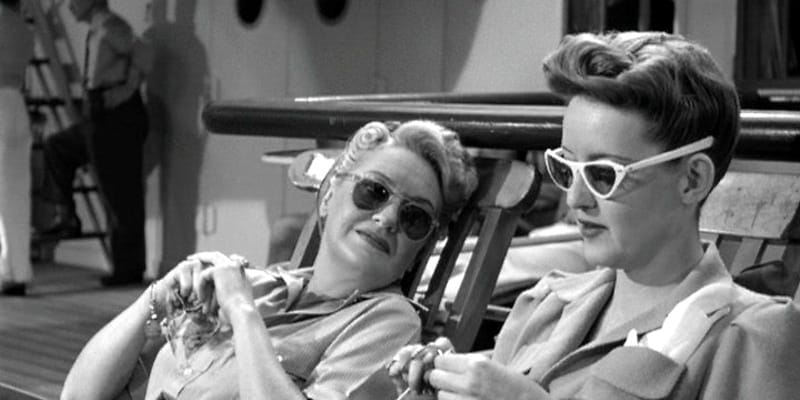 At its core this story is about four relationships: Charlotte and her mother, Charlotte and Jerry, Charlotte and a young ward she takes under her wing, and finally Charlotte and herself. Each is explored deeply, thoroughly and in ways clearly individual from the others, ensuring a real humanity of the characters. The films of the 1940s is not an area I have greatly explored, but I shall definitely look forward to watching more films from this era in the future. Especially if they feature more characters like Dora (Mary Wickes), the nurse hired to replace Charlotte and take care of her mother, who is utterly delightful in the few scenes she is on screen. There was never any chance she’d steal any limelight from Bette Davis, but she was a welcome tonic nonetheless.

Now, Voyager is now available on Blu-Ray from The Criterion Collection. Accompanying the newly restored 4K digital transfer are special features including an episode of The Dick Cavett Show from 1971 with Bette Davis, interviews with Paul Henreid, costume historian Larry McQueen and film critic Farran Smith Nehme, commentary on the film’s score with professor Jeff Smith, radio adaptations from 1943 and 1946, an essay by scholar Patricia White and a 1937 reflection on acting by Davis.