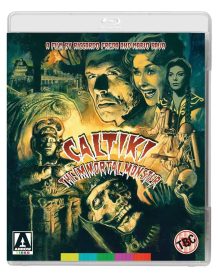 Based on a popular Mexican legend, Caltiki, The Immortal Monster is a film that I’ve wanted to see for ages, so when the chance to review it came up I volunteered to do so double quicktime.

Caltiki is a low budget monster movie directed by Robert Hampton (actually Riccardo Freda), although Riccardo apparently jumped ship part way through the shoot to be replaced – some say – by the great Mario Bava himself, who was already doing most of the visual effects work on the film anyway. The resultant film seems to have survived all these behind the scenes shenanigans and remains largely coherent.

Basically, the plot of the film follows a group of archaeologists and anthropologists who are investigating why an ancient Mexican civilization upped sticks one day, back in 607 BC, and just seemed to disappear off the face of the planet.

After a ferocious eruption, emanating from a nearby volcano, an opening in some ruins is revealed, which our modern day (well, 1950s) explorers decide to investigate. They locate a cavern, inside which is a massive statue of Caltiki, a local god, stood beside an underground pool of water. One of the team explores the deep pool and is attacked by something, something that has been lying in wait for hundreds of years, ready to return to the world of men… 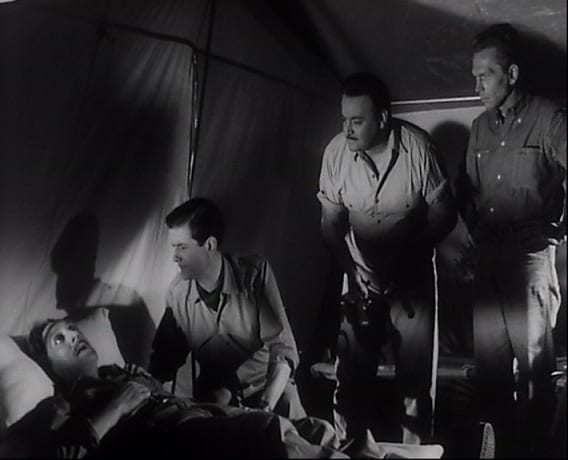 I don’t really want to say any more about the story-line as I don’t want to spoil it for those who have yet to see this bit of retro monster movie mayhem. However, I will say that the story moves along at a fair old lick and holds the viewer’s interest, which is more than can be said for many of today’s over-blown blockbusters.

Replete with crisp black and white photography, some decent model work and cool creature effects (particularly considering the budget), Caltiki, the immortal monster has more pluses than minuses. I have to say I was particularly enamoured with the creature(s) and loved the way it/they resembled a pulsating rug, which had slug-like characteristics. It’s not surprising that Mario Bava was involved in creating these monsters, since he always had an eye for the unusual, other-worldly and macabre. Supposedly the directors took their inspiration from such films as X – The Unknown and the Quatermass series, which was very popular at that time. And this must also be one of the first uses of ‘found footage’ in any film.

Probably the most disappointing aspects of the film are the human elements that are largely made up of the usual group of stock characters, just marginally developed to play their parts in propelling the story forward. There’s nothing wrong with that, per se, and the film’s running time won’t allow for much character development, but it would still have been nice to have had the lead characters fleshed out a tiny bit more. Probably the only actor to stand out is Gerard Herter, who’s obviously enjoying playing the snide and unpleasant Max. 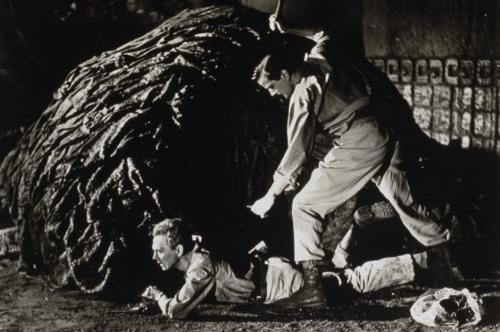 There are, however, some really nice moments sprinkled throughout the film’s short running length, and I have to say I enjoyed the film, even though there was nothing particularly new here – although I’m sure it was much fresher back in the late 1950s!

Arrow have done a great job with their brand new 2K restoration of the film, from the original camera negative, and viewers have got the choice of both original Italian and English soundtracks, although the Italian version with English subs is the way to go, especially for true fans of the film. 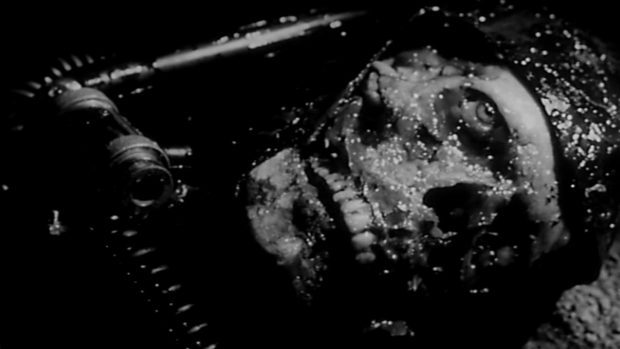 Arrow Video is distributing Caltiki, the immortal monster on Blue-Ray and on DVD. As with most of Arrow Video’s releases there are a plethora of extras to accompany the film. These include:

A new audio commentary by Tim Lucas, author of Mario Bava: All the Colours of the Dark.

Another new commentary by Troy Howarth, author of The Haunted World of Mario Bava and So Deadly, So Perverse: 50 Years of Italian Giallo Films.

From Quatermass to Caltiki (18 mins) – a new discussion documentary discussion piece with author, and film critic, Kim Newman on the influence of prior classic monster movies on Caltiki. Kim states that he sees Caltiki as being a bit like an Italian remake of The Blob, and talks about the writer obviously being influenced by author H.P. Lovecraft. Apparently the film wasn’t very successful on its initial release, but has picked up an appreciative audience over the intervening years.

The Genesis of Caltiki (21.5 mins) – an archive interview with filmmaker Luigi Cozzi. Luigi talks in his ‘Deep Red’ shop about the film, revealing that the monster was, in fact, some rugs covered in butcher’s tripe, with a man inside helping to create the necessary shapes. Apparently they had a lot of problems with flies on set – I wonder why! He also explains that Freda doesn’t like the movie after falling out with the producers, and he left the film before post-production began, so Mario Bava supervised the editing. 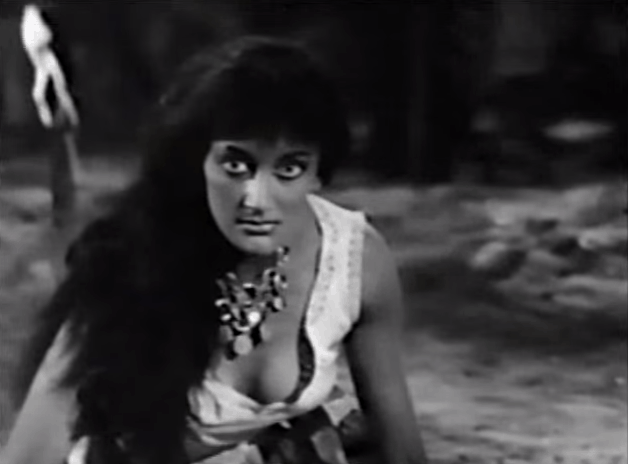