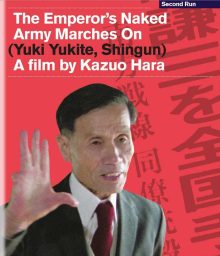 We’re living in a highly politicised age. So much so that people are getting fed up of it, leading to the rise in popularity of far-right ‘men-of-the-people’ politicians. This, ironically, is only keeping politics closer to the forefront of everything though, due to the rifts and arguments being caused by the extreme views being given credence. As such, we see people’s beliefs ridiculed and politicians verbally confronted (online for the most part) on a daily basis on and from all sides. Yet, despite this never-ending tirade of mud-slinging that is modern-politics, watching the politically motivated, anti-establishment actions of the subject of Kazuo Hara’s 1987 documentary The Emperor’s Naked Army Marches On (a.k.a. Yuki Yukite, Shingun) over thirty years later remains a shocking experience.

Shot around 1982, the film follows an ageing Japanese WWII veteran, Kenzo Okuzaki, who is fighting a tireless campaign against Emperor Hirohito. Okuzaki blames the Emperor for the barbaric atrocities that occurred at the tail end of the war in the Pacific. Okuzaki was one of only 30 survivors from the originally thousand-strong 36th Independent Engineering Corps stationed in New Guinea. Only a very small proportion of them were killed in combat. Most died from starvation and disease as they were cut off and blockaded by the US Navy. Survivors like Okuzaki were left traumatised by the horrific experience and he has held a grudge against Hirohito ever since, blaming him due to his position ruling over the army at the time.

At the start of shooting, Okuzaki had already been in and out of prison for 13 years and 9 months in total – once for manslaughter, another for distributing flyers depicting pornographic images of the Emperor and another for firing 4 pachinko balls at Hirohito from a slingshot. So Okuzaki’s dedication to the cause is clear from the offset. The film doesn’t follow him directly pinpointing the Emperor though. It concerns his efforts to find out the truth behind the executions of two soldiers in his corps that occurred after the war had ended. Later, he learns of another suspicious execution and adds that to his interrogations too. 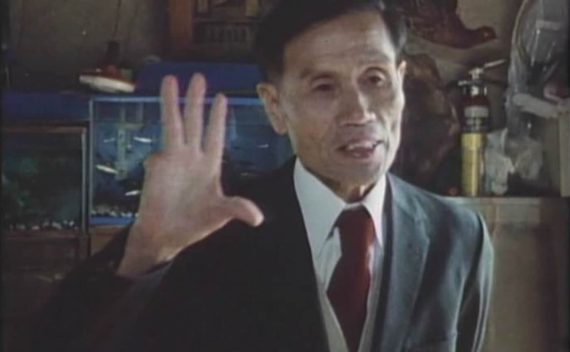 On paper, this all seems very honourable and justified, and indeed it’s important that the truth be known. Even when the film was made it was a long time after the war, but as Okuzaki points out several times, younger generations need to know what happened. The revelations that come out as the film goes on are truly horrifying too, so it’s hard to argue against Okuzaki’s cause. However, his methods of extracting information certainly are questionable and in some ways more shocking than the truths he discovers.

The doggedly determined fighter for ‘justice’ arrives unannounced at the homes of officers reportedly involved in the executions and harasses them for hours on end until he gets some sort of answers from them. When he gets stonewalled for too long or clearly lied to, Okuzaki takes things a step further and physically attacks the elderly men. This preaching of peace and justice through unwarranted violence is one of a mass of contradictions housed in this troubled character. Others include the fact he hates the emperor yet isn’t what you might consider a ‘leftist’ (the side usually against Hirohito’s rule). Plus, in the second half of the film, Okuzaki uses actors (including his own wife) to play the victims’ siblings to lay guilt-traps for the accused. In this way, he’s using lies to try to find the truth – another contradiction.

Because of all of this, you begin to realise as the film goes on, that Hara is less interested in uncovering dark truths about the war than he is in examining this deliriously obsessive man with some kind of God-complex. It certainly makes for fascinating, albeit difficult, viewing. 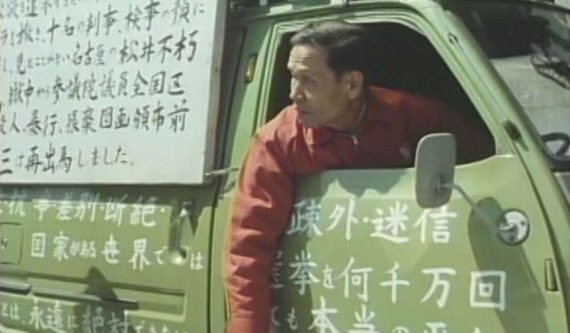 The presentation is as raw and confrontational as Okuzaki himself too. Although there are a few nicely composed shots here and there, it’s largely given a gritty and rough ‘fly-on-the-wall’ look with Hara choosing not to intervene, even when his subject is resorting to violence in front of him. There are very few unnecessary insert shots or talking heads with commentators after the fact either. We’re thrown into Okuzaki’s world from the offset with little other than a couple of captions about his prison sentences to go on. The audience gradually gets a firmer grip on the man’s goals as the film moves on.

It’s an intense and aggressive film that works on several levels then. It’s a powerful expose of the shocking actions people took during the war. It’s a damning look at how unwilling people are to take responsibility for their actions, even if difficult circumstances may go a little way to excuse them. The film also throws open the debate as to whether or not disturbing truths need to be told to protect future generations or whether they should be shielded from them. Finally though, The Emperor’s Naked Army Marches On works best as an eye-opening examination of a near-maniacally determined man as he perseveres endlessly on a quest for justice. As such, it’s a must-see for anyone interested in documentary filmmaking. It’s not an easy watch but one that grabs you and won’t let you go. 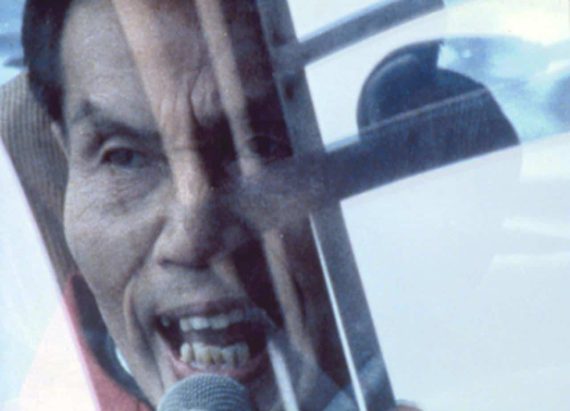 The Emperor’s Naked Army Marches On is out now on Blu-Ray and DVD in the UK, released by Second Run. The picture quality is about as good as a documentary shot in the period in such a raw style can look. Grain is heavy but natural-looking and the image is free of obvious damage and quite detailed. Audio is solid too.

The interview and masterclass both provide fascinating looks into how the documentary came about, what it was like working with Okuzaki, Hara’s decision not to intervene during violent clashes and why the film took so long to get finished (over 5 years). There’s a fair bit of cross-over between the two pieces but they’re both still valuable features in their own right.

* Please note – the images used in this review are not indicative of the picture quality of the Blu-ray. They were all I could source for this review.